KATHMANDU, July 13:  Police have arrested an absconding convict, who committed brutal murders in Kathmandu some 14 years ago, from the Nepal-India border in Banke district on Sunday.

A team of police personnel from the Crime Investigation Bureau (CIB) arrested Jaya Kishor Shah, 34, a permanent resident of Sarlahi district, on the charge of brutally murdering Nati Kaji Subedi, 45, and his wife Sanu, 44, with Khukuri in 2006. The Subedi family staying at Kathmandu Metropolitan City-4, Sitapaila, were operating Kantipur Saw Mill. 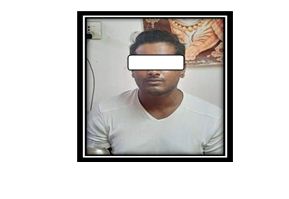 According to police, the convict was hiding in Lucknow in the Indian state of Uttar Pradesh by obtaining an Aadhar Card. Likewise, another convict Pratap Rana, a resident of Banke, is still on the loose, according to police.

"Rana and Shah had killed the Subedi couple by hitting them with Khukuri multiple times. They had also attacked their child, who was critically injured in the incident," Superintendent of Police Bel Bahadur Pandey, who is also the spokesperson of the CIB, told Republica.

"The Subedi couple had scolded Shah and Rana for being lazy in work. They had murdered the couple just for that simple reason in a fit of anger," he said. Pandey said police are searching for another convict, and he will also be brought into the police net.

Japan and IOC deny that Olympics will be cancelled

TOKYO, Jan 22: Japan and the IOC stood firm on Friday on their commitment to host the Tokyo Olympics this... Read More...

BEIJING, Jan 22:  Beijing launched mass COVID-19 testing in some areas on Friday and Shanghai was testing all hospital staff as... Read More...

Elections will be held in free and fair manner: PM Oli

KATHMANDU, Jan 22: Prime Minister KP Sharma Oli has said that the upcoming midterm elections would be held in a... Read More...

NIC appeals for effective implementation of RTI
13 hours ago

Air pollution in Kathmandu Valley continues to worsen
13 hours ago