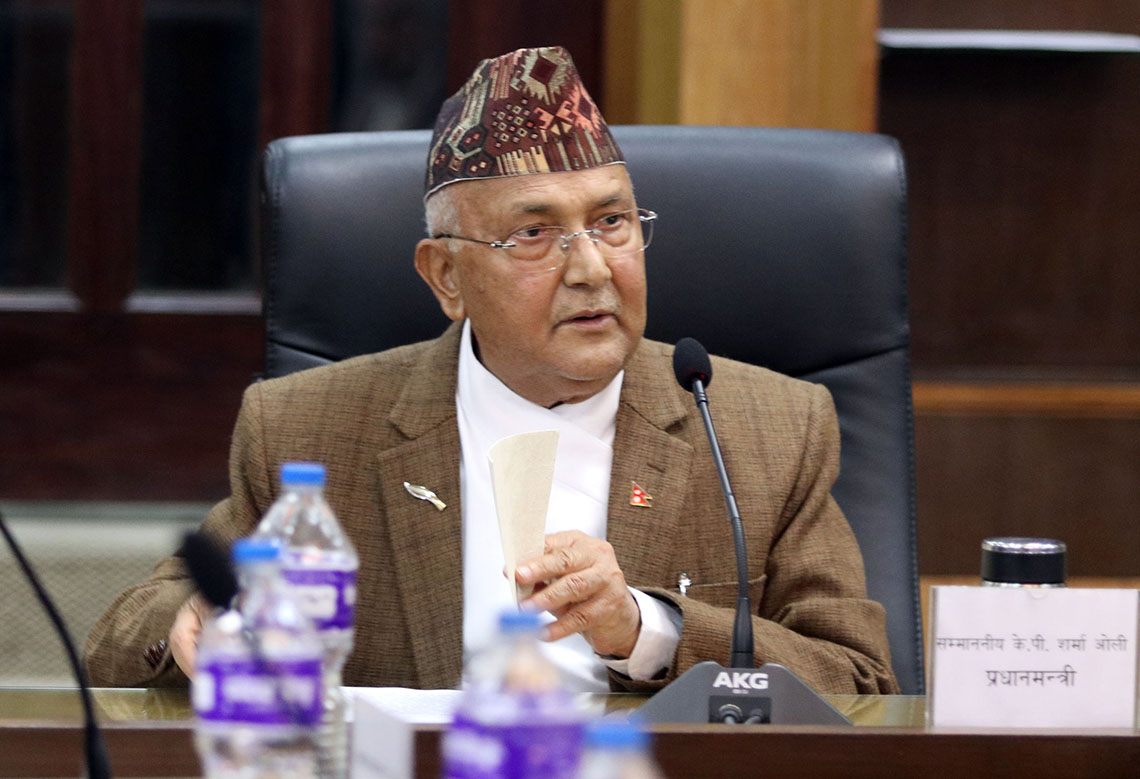 KATHMANDU, Aug 18: Police have arrested five cadres of Rastriya Janata Party-Nepal for showing black flag to Prime Minister KP Sharma Oli at the Janakpur airport. A faction led by RJPN's parliamentarian, Upendra Mahoto had lured his party leaders to boycott today's provincial meeting. Yesterday, they had informed the same through an open letter.

Oli was scheduled to address the provincial assembly at 11 AM today. At present, Oli is at the office of Provincial speaker, Saroj Kumar Yadav where he's discussing with Lal Babu Raut (Chief Minister of Province 2), Jitendra Sonal (Minister for Physical Infrastructure, Province 2) and provincial parliamentarian, Upendra Mahato among others before his address. Mahato had conspired to boycott the PM's special address at the provincial assembly with RJP-N leaders.

Meanwhile, district leaders of RJP-N are planning to show black flag at the PM in front of Murali Chowk when he exits the Provincial Assembly after his address. Those planning to do so include RJPN's district secretary Dhirendra Bahadur Singh, leaders Ram Binod Chaudhary, Jani Khan among others.

The provincial assembly has called for full representation of its members during the PM's address. After his special address to the assembly.

RAJBIRAJ, September 7: With the third phase of local elections now just 11 days away, intra-party rifts have widened in... Read More...

KATHMANDU, June 13: A meeting of the top leaders of the major political parties has started at Singha Durbar. ... Read More...

Kalapani, Lipulek and Limpiyadhura are integral parts of Nepal: Govt
21 hours ago

Two arrested for raping and murdering a minor
11 minutes ago