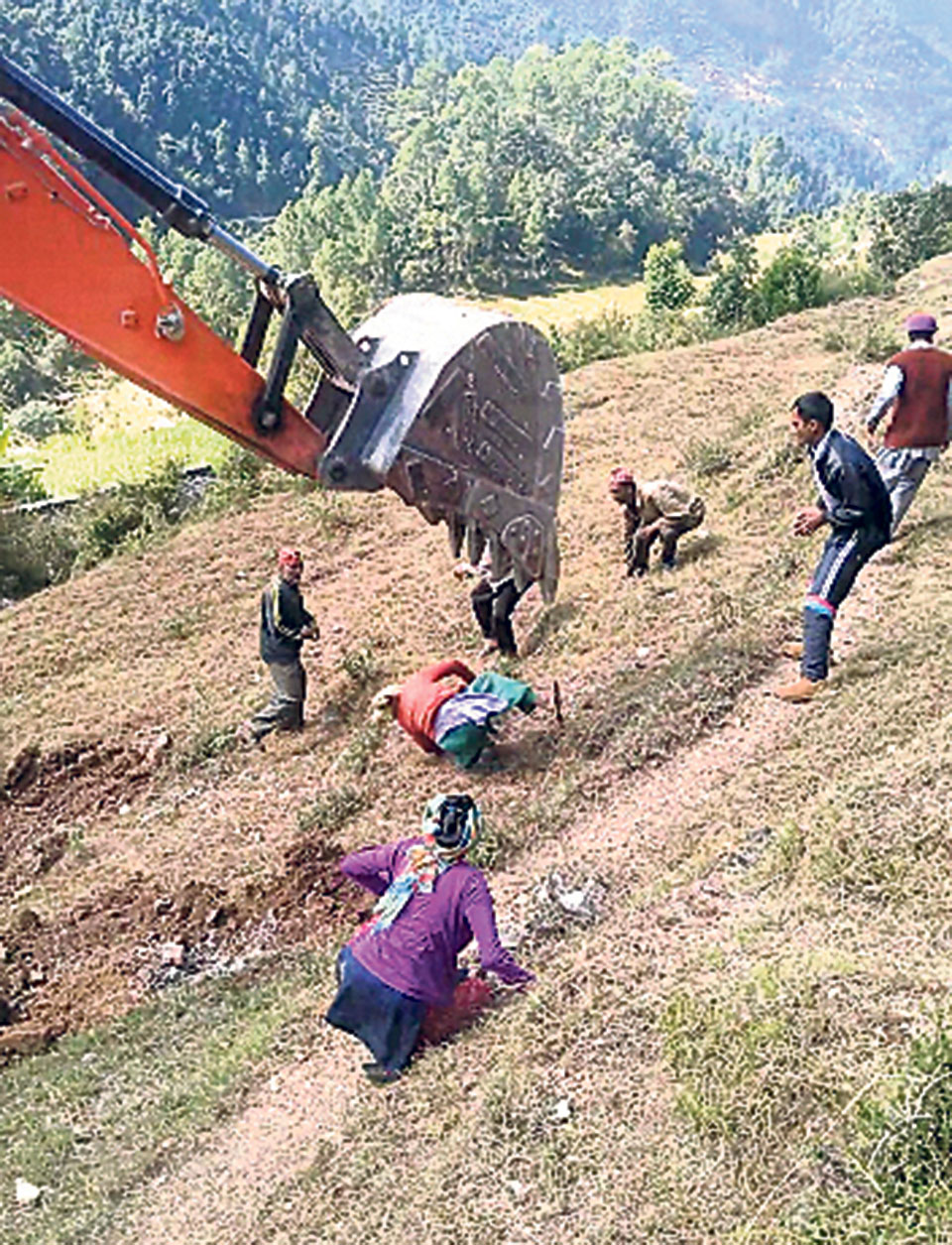 BAITADI, Oct 23: After a video of an excavator haphazardly attacking the residents of Dasharath Chand Municipality went viral on social media, the District Police Office, Baitadi, arrested the driver of the earthmover for further investigation.

On Monday, Kishor Bohara, the driver of the excavator, attacked the residents while they were protesting the construction of a road in the region. A total of eight persons were injured in the incident. A 25-year-old girl Gauri Joshi was seriously injured when the blade of the excavator hit her. She is receiving treatment in Dhangadhi.

Police have also arrested the president of the consumer committee and two other persons for investigation, according to DSP Dilli Narayan Pandey, chief of the District Police Office, Baitadi. The locals were protesting against the construction of the road along Sunakhan and Parsa. According to the police, Gauri Joshi and Surendra Prasad Joshi are receiving treatment in Dhangadhi, while Narayan Joshi, Santosh Joshi, Pushkar Joshi, Dinesh Joshi, Bhesraj Joshi and Dharmanada Joshi have returned home after receiving treatment at the district hospital. According to Hansaraj Joshi, a local resident, the excavator haphazardly hit the protesters.

“The land where the earthmover was excavating belongs to the local Guthi. The excavator was randomly hitting the residents,” he said.

NC also urges the government to properly investigate into the case, and take the responsibility of treating the injured in the case. The statement also demands proper investigation, and action against those involved in the case.

Two from a same family die from hornet sting in Baitadi

BAITADI, Nov 5: Two persons of a single family were killed after being stung by hornets at Thalakanda of Baitadi... Read More...

PHOTOS: Rato Machhindranath Chariot pulled for the year
13 hours ago

WHO expresses serious concern over fast-spreading pandemic in Nepal, calls for emergency aid
15 hours ago

Do we have a government?
12 minutes ago

PHOTOS: Rato Machhindranath Chariot pulled for the year
13 hours ago