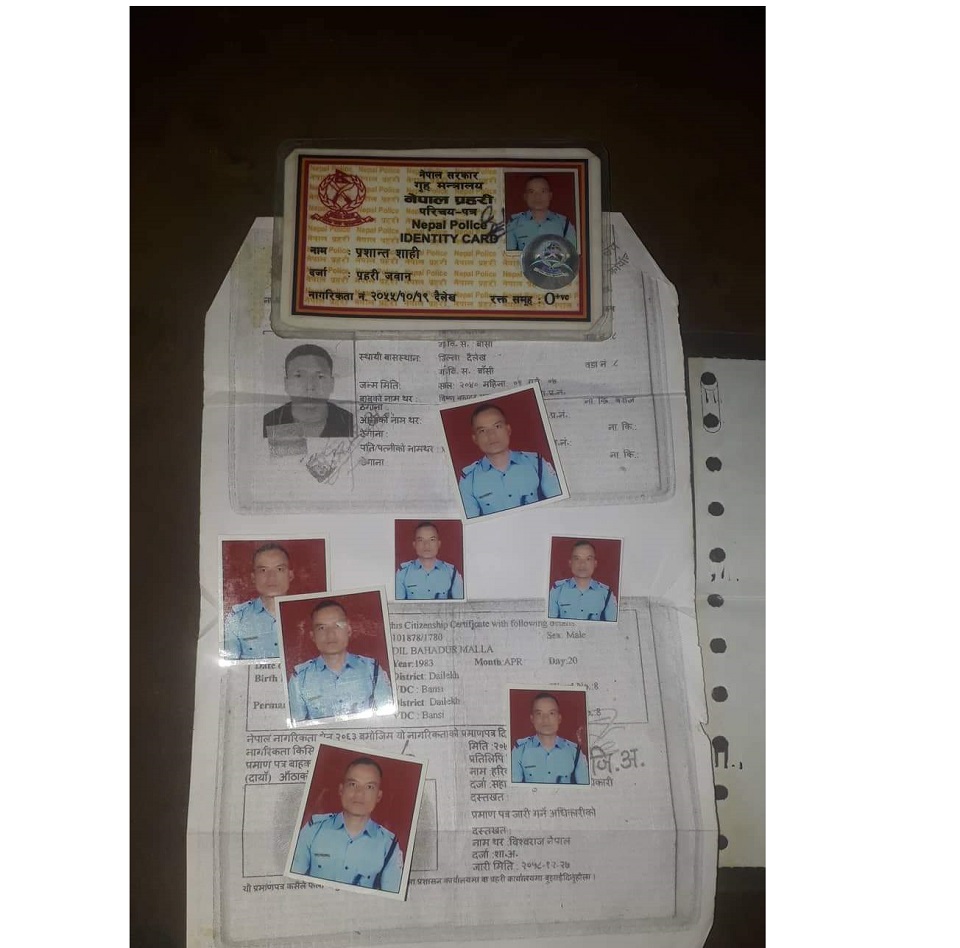 According to Superintendent of Police at District Police Office, Surkhet Dilli Raj Panta, Prashant Shahi of Chamunda Bindrasaini of Dailekh was arrested on the charge of being involved in fraud impersonating police officer.

“He is found to have a fake identity card and involved in stealing bikes from Surkhet and transporting to out of the district,” informed SP Panta.

Acting on a tip-off, he was arrested on November 17. He was arrested when the policemen were searching for a stolen bike from Karnali Provincial Hospital. “Based on the tip-off, we have seized two bikes so far and yet to recover others,” Panta revealed.

During the police inspection, fake police identity card and some passport-sized photos of him in police uniform were seized, according to the police.

Police also informed that they have yet to launch a detailed investigation into the case.

SURKHET, Sept 7: Police held two persons from Nepalgunj as part of their investigation after 37 cows were found dead... Read More...