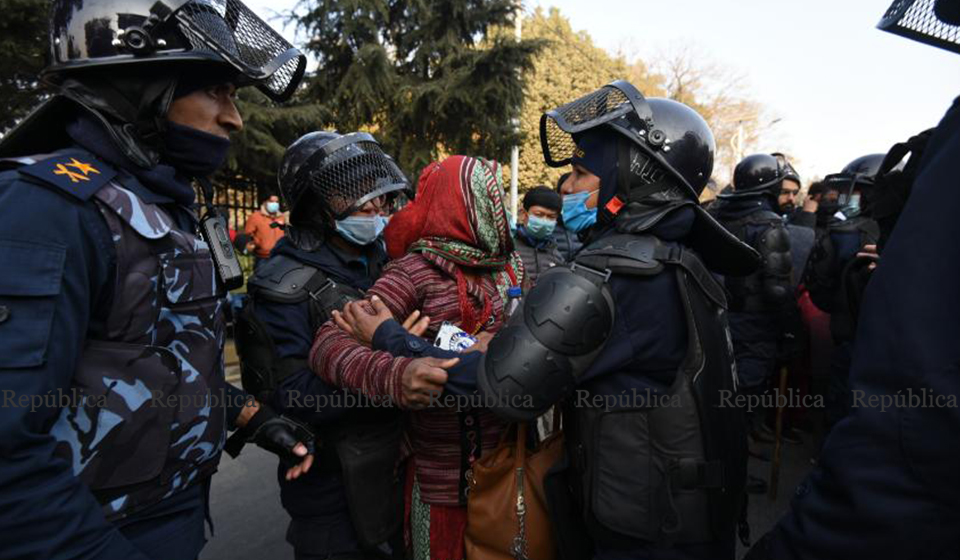 KATHMANDU, Feb 4: Police have arrested at least 157 cadres of the Dahal-Nepal faction of Nepal Communist Party (NCP) who tried to enforce the general strike in different parts of the country on Thursday.

Likewise, 11 incidents of vehicle vandalism have been reported by Nepal Police as of 2PM.

Opposing the government’s move of administering oath of office and secrecy to the newly-appointed members of various constitutional bodies, the faction decided to stage a general strike today.

He also confirmed that a vehicle was torched in Samakhusi in the morning.

“Those involved in criminal activities such as vandalism and arson, and other activities have been arrested by the police,” he said, adding that the vehicular movement has already started to increase.