Pokhara to have free Wi-Fi spots at 10 public places 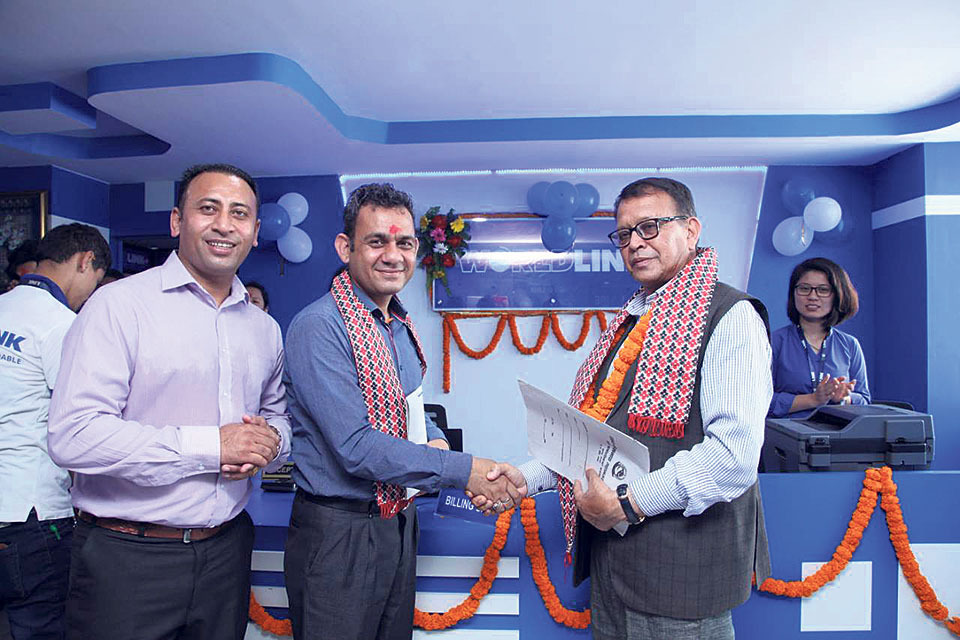 Officials of Pokhara-Lekhanath Metropolitan City and WorldLink shake hands after signing an agreement for setting up free Wi-Fi zones at 10 public places in Pokhara. | Photo: Republica

POKHARA, Sept 5: Pokhara-Lekhnath Metropolitan City will be offering free Wi-Fi services at 10 public spots in the tourist city of Pokhara.

“We have decided to offer free Wi-Fi services after identifying those public places where there is huge flow or congregation of people,” he said. “The aim is to provide easy and free access of internet to the people visiting such places,” he added.

According to Nepal, tourists, members of the general public, patients, and hospital visitors will benefit from the free Wi-Fi services.

Mayor of Pokhara-Lekhnath Metropolitan City, Maan Bahadur GC, said that providing free Wi-Fi services to the public was part of the local body’s efforts to make Pokhara a smart city. “We had already declared that we will make Pokhara a smart city. For that, we need many infrastructures,” said GC. “Among them, internet is also a pre-requisite. We cannot imagine a smart city without internet,” he said, adding that they will gradually expand the free Wi-Fi service to other areas of the city.

According to Yusuf Shrestha, chief of WorldLink’s Pokhara branch, the free Wi-Fi service in 10 public places will be available within a month. WorldLink is already providing free Wi-Fi services at Paschimanchal Regional Hospital and Pokhara Airport.

WorldLink also plans to place a display board in the free Wi-Fi zones to inform users about it. In the first stage, maximum 50 users can use the free Wi-Fi at a time, according to Shrestha.

“If there is demand for more users, we also plan to expand the capacity,” he added.

According to the 3-year agreement, the metropolitan city will make provide electricity to the internet service provider.

KATHMANDU, Jan 21: The Nepali Embassy in Israel welcomed the migrant workers who reached there for work. The Nepali workers... Read More...

Analysis: How Omicron highlights fading hope of herd immunity from COVID
12 hours ago