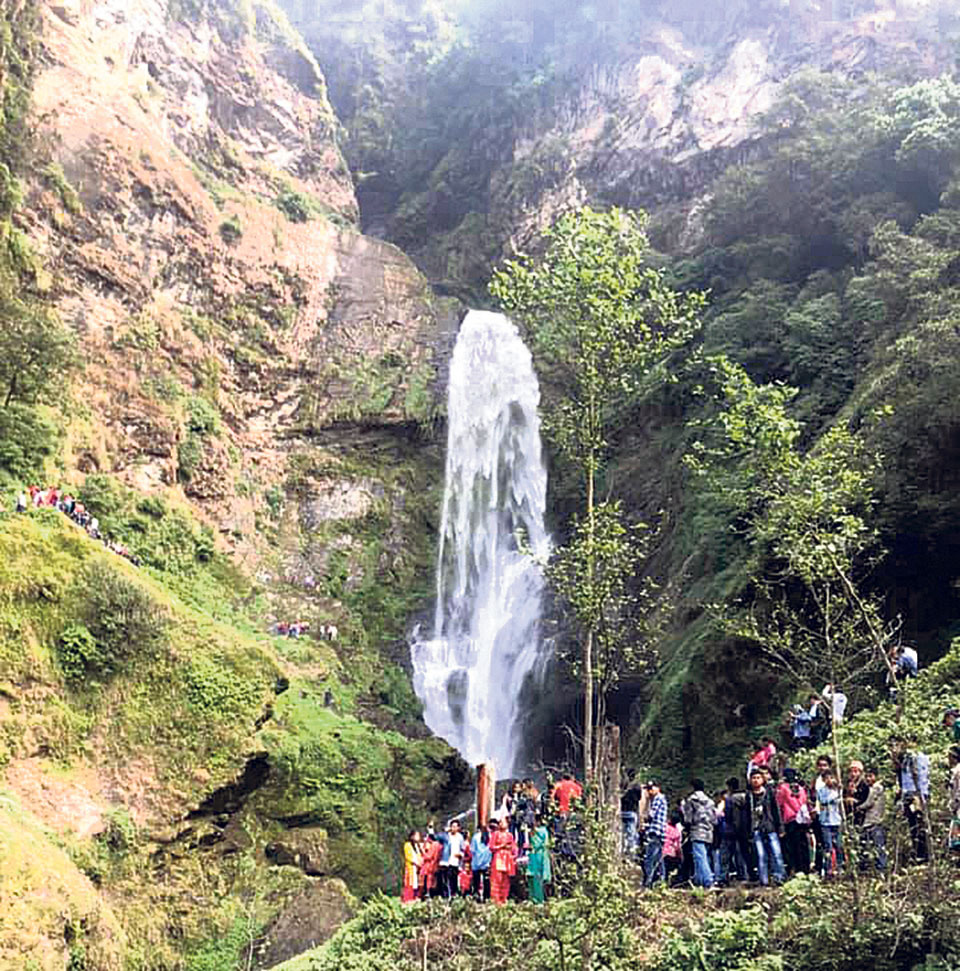 OKHALDHUNGA, Nov 6: Pokali cultural festival has been organized in the district with an aim to attract 20,000 domestic as well as international tourists during Visit Nepal Year (VNY) 2020. Pokali is regarded as the country's second highest waterfall.

Padma Kumari Aryal, Minister of Land Management, Cooperatives and Poverty Alleviation inaugurated the event on Saturday. Locals organized various exhibitions and other events during the 2-day event. Cultural and musical shows were also held on the occasion.

Aryal asked the people to do their best for the success of VNY 2020. She asked all to promote local culture of the district and natural beauty of Pokali waterfall to attract tourists from all over.

Member of Parliament Yagya Raj Sunuwar announced that Rs 5 million would be provided for developing infrastructure in the Pokali waterfall area.

He also stressed on the promotion of historic, religious, and cultural heritages of the district to make VNY 2020 campaign successful.

There are plans to host a similar festival in Molung Rural Municipality, Sepali waterfall festival, to boost local tourism.

Milan Kumar Bista, chairperson of Pokali Waterfall Service Society, stated that the waterfall should be promoted and proper infrastructure should be built to reap the benefits of tourism in the area. He also called for the promotion of home-stays in the area.

We were expecting two million tourists to visit Nepal this year but it looks like we might not reach the... Read More...

KATHMANDU, Dec 30: Nepal Federation of Indigenous Nationalities (NEFIN) and associations affiliated have decided to participate in the inauguration of... Read More...