PM’s painting: What a nice surprise! (with photos/video) 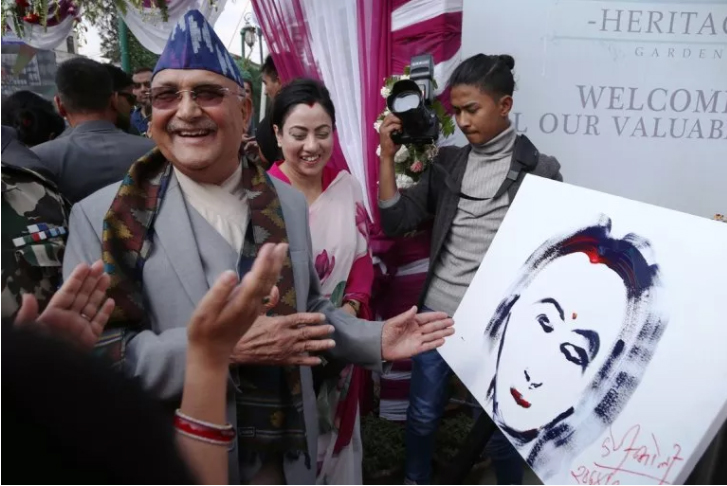 KATHMANDU, March 22: Prime Minister KP Sharm Oli, who is well-known for his pithy yet satirical rhetoric, has a different side of his talent, too, which he made public today.

Following the inauguration program, while PM Oli was observing the trade fair, he was requested to write down something on the painting board placed at one side of the event.

Oli was expected to sign on it. However, to the surprise of the participants, Oli picked up a brush, dipped into the water colors and started drawing over the board.

A smiling woman with a tika on her forehead was what he sketched. “I have sketched a smiling woman hoping that it would suit the event as it is organized by women entrepreneurs.”

Photos by Shova Gyawali, Dipendra Rokka, and personal secretariat of the Prime Minister

Watch the video below: 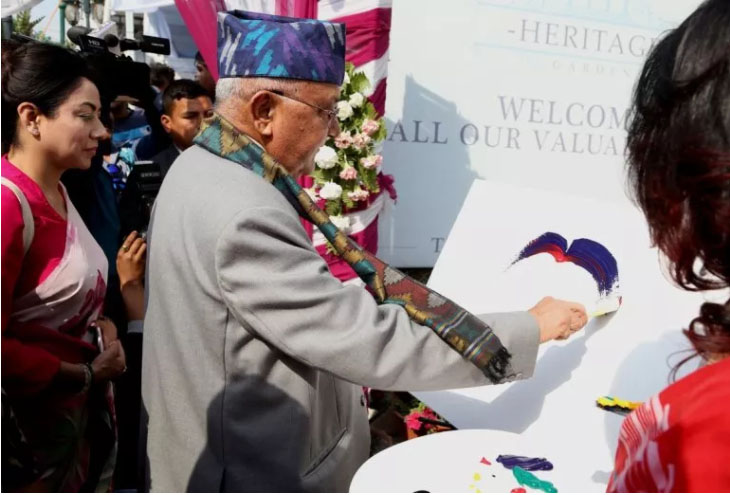 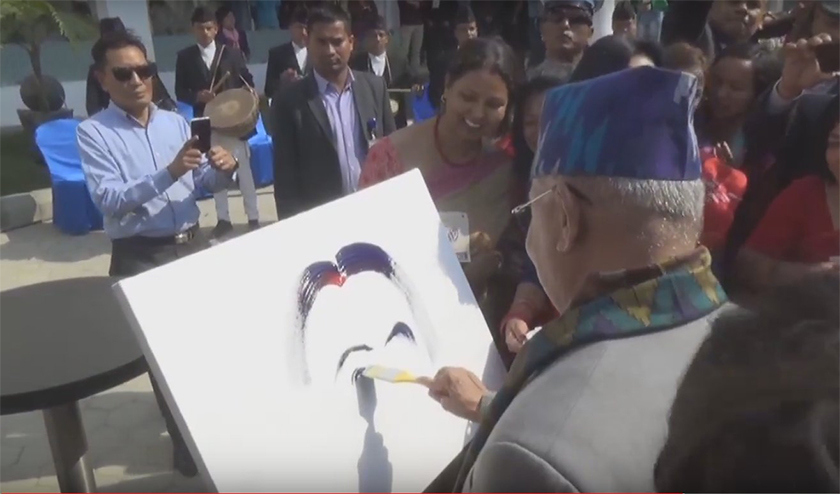 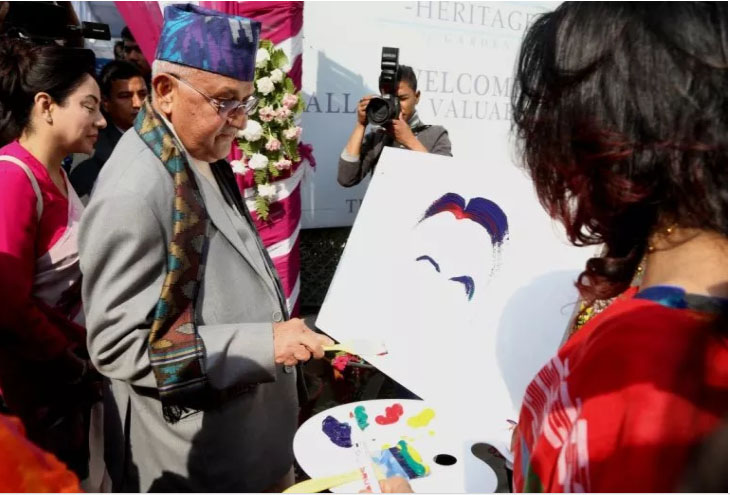 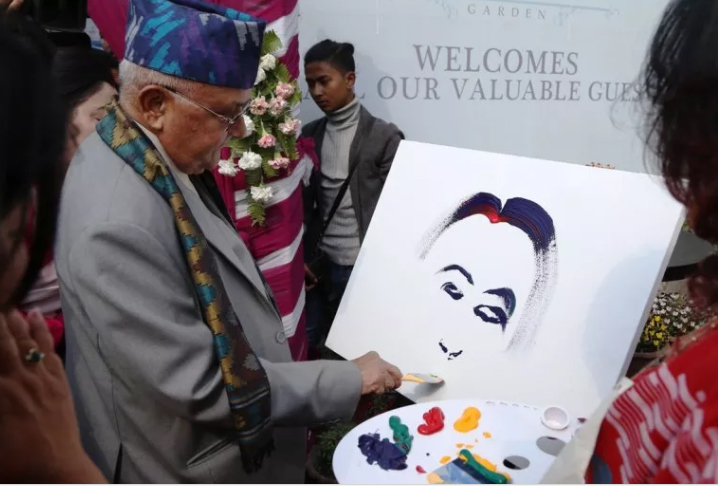 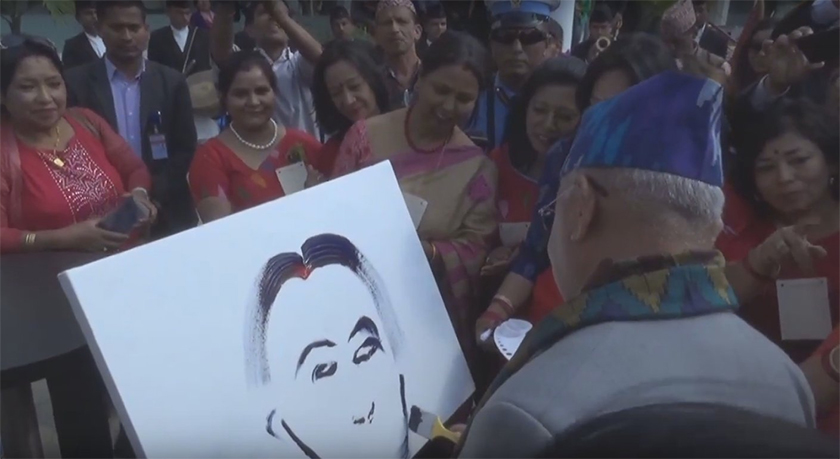 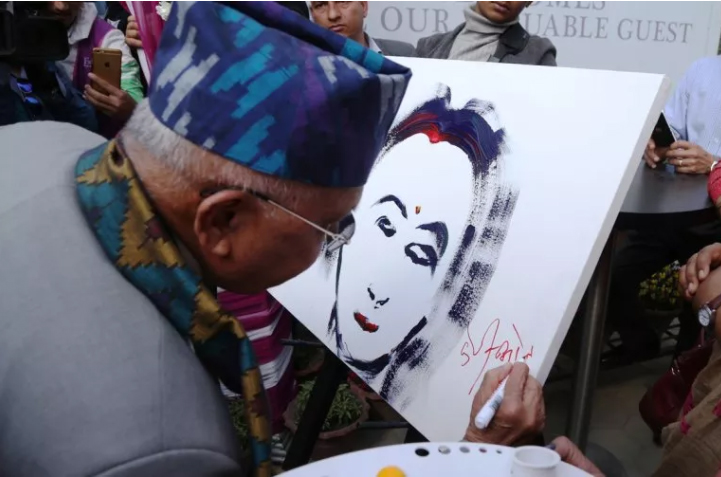 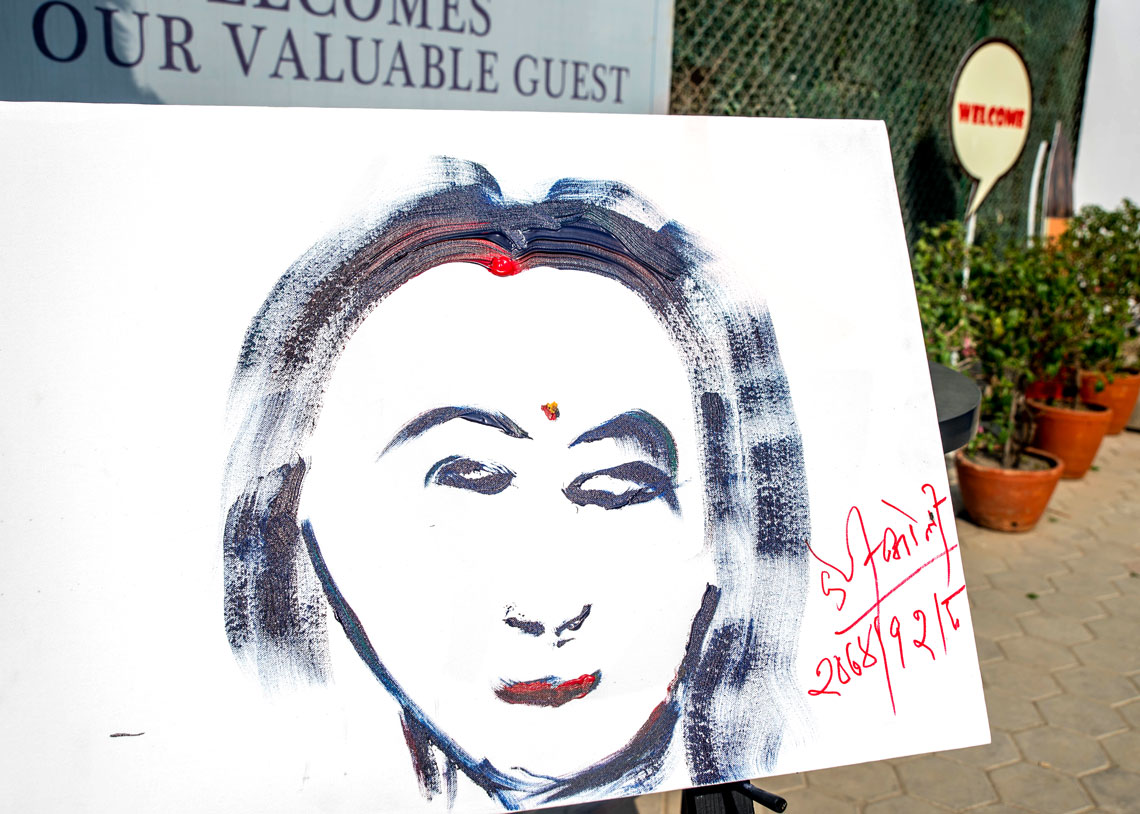 PM's directive to rescue and provide relief to survivors