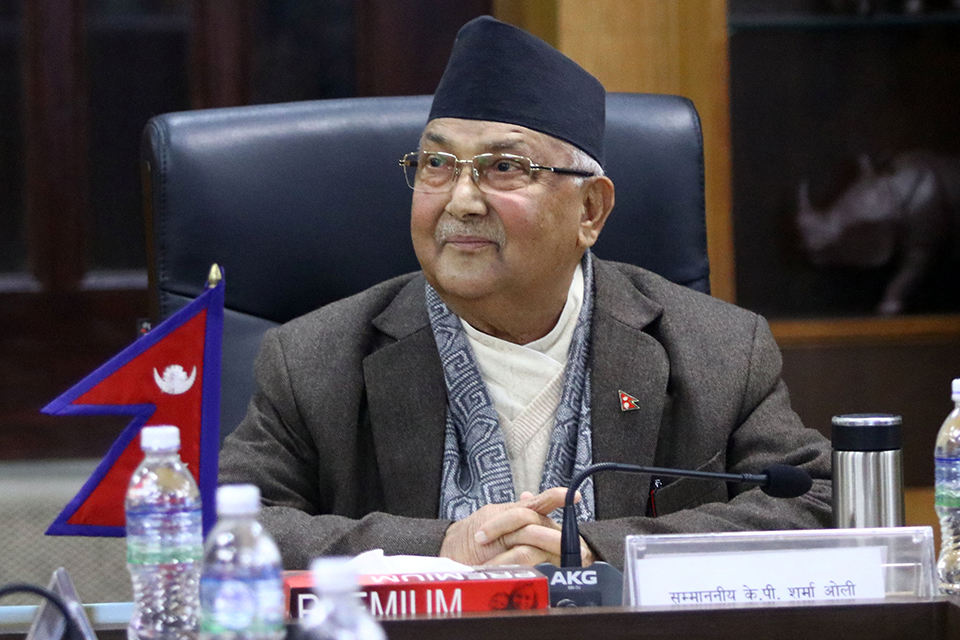 KATHMANDU, June 27: Prime Minister KP Sharma Oli has urged the Nepali honorary consul generals based in different countries to pursue economic diplomacy to raise the flow of foreign investment and transfer technology to Nepal to meet the country's priorities of achieving economic prosperity.

The prime minister said so during a meeting with Nepali honorary consul generals based in various countries at his official residence, Baluwatar, on Thursday.

"I urged you all to play an important role in bringing foreign capital and technology as they are crucial to making Nepal prosperous," Oli told the honorary consul generals.

On the occasion, Oli suggested the honorary consuls pay attention to the safety of Nepali diaspora in various countries.

Prime Minister Oli also appreciated the contribution made by Nepali honorary consul generals. Nepal has established 32 residential diplomatic missions in various countries so far. The number of countries that Nepal established diplomatic relations with has reached 166.