The 51st General Assembly of FNCCI 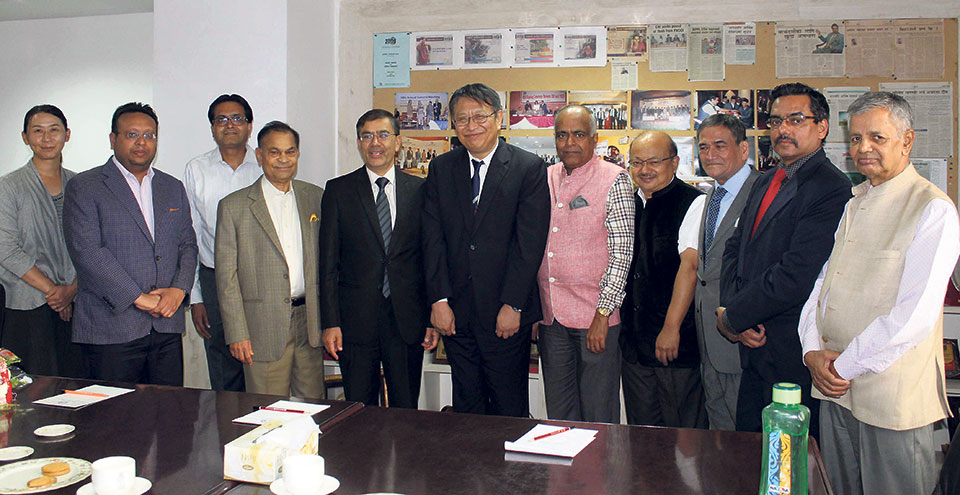 KATHMANDU, April 10: Prime Minister Pushpa Kamal Dahal said that the upcoming local polls will remove the hurdles that are visible at the local level in the absence of elected body.

Inaugurating the 51st Annual General Meeting of Federation of Nepalese Chambers of Commerce and Industry in the capital on Monday, PM Dahal said that the elections would remove the hurdles on the economic growths at local level.

"We are scheduled to hold local election after 20 years and it would give a momentum to the economic growth at local level," said PM.

He also claimed that the government will soon take crucial decision to create an environment for the local level election by ensuring the participation of agitating Madhes-based parties.

PM Dahal urged the private sector not to worry that they have to pay taxes to all three tier of the governments for a single business or products. "I sometimes hear such confusions from private sector regarding the new federal set up, but there should be no confusion. We'll make necessary arrangements to avoid such duplications in taxation," said Dahal.

"Human resource is a key factor in economic development and activities. The organization like FNCCI should discuss in details on the best possible uses of human resources for the economic growth of the country," said PM Dahal.

"Private Sector is engine for the economic growth," PM added.

He also argued that the government is trying to remove administrative hurdles that private sector has been facing and has been formulating necessary laws, including Industrial Enterprise Act, Special Economic Zone (SEZ) Act and Bank and Financial Institution Act (BAFIA).

He also urged the private sector to start discourse on how the country could minimize the growing trade deficit.

The 51st AGM of the FNCCI will elect new executive committee, where Shekhar Golchha and Kishor Pradhan are vying for the position of senior vice-president as the position is automatically the position of next president-elect.