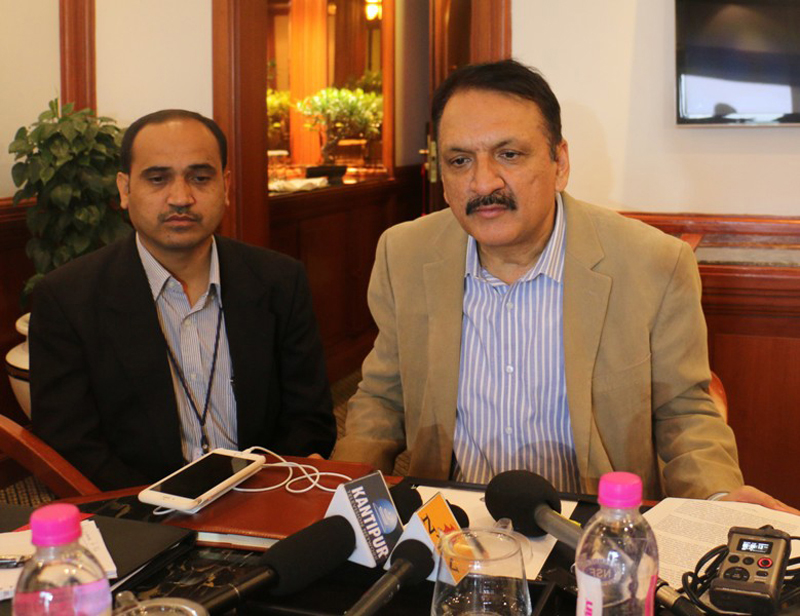 During a news conference organized in a hotel here today, Foreign Minister Dr Mahat said, "India visit was aimed at building trust and augmenting assistance to which we've become successful."

"I've felt that the Indian government, political parties, and the people have shown excitement," he said, arguing that the visit has reached the two-country relations to a new height.

The bilateral talk in the presence of the Indian PM was held amid cordial atmosphere; it would give positive message, he added.

Moreover, the Foreign Minister said the agreements and commitments made between the two countries would be brought into force in the stipulated timeframe. The bilateral mechanisms in the ministerial, secretarial and technical levels would be activated to accomplish the commitments.

According to him, out of one billion US dollars India had committed to provide for the earthquake victims in Nepal, 750 million dollars would be soft loan while remaining the grants. Earlier, it was that it would be India itself to provide 75 percent of service and materials in the soft loan, but it has been agreed now on easing this provision.

He further mentioned that India has agreed to accelerate the agreements on construction of substation at Thalkebar, of postal highway in Tarai for the second phase, and establishment of transmission line of 400 KV, and of Pancheshwor project among others.
"India has appreciated Nepal's efforts on strengthening democracy and the efforts to address some of the demands pertaining to constitution," the Minister said, adding that Indian PM Narendra Modi commented on the constitution that it was Nepal's internal issue and he had nothing to speak on it.

Nepal and India are of the view that they would focus strengthening relations for future and work for the people rather than talking of past issues.RSS

Minister Mahat shortens visit to India, to return on Wednesday