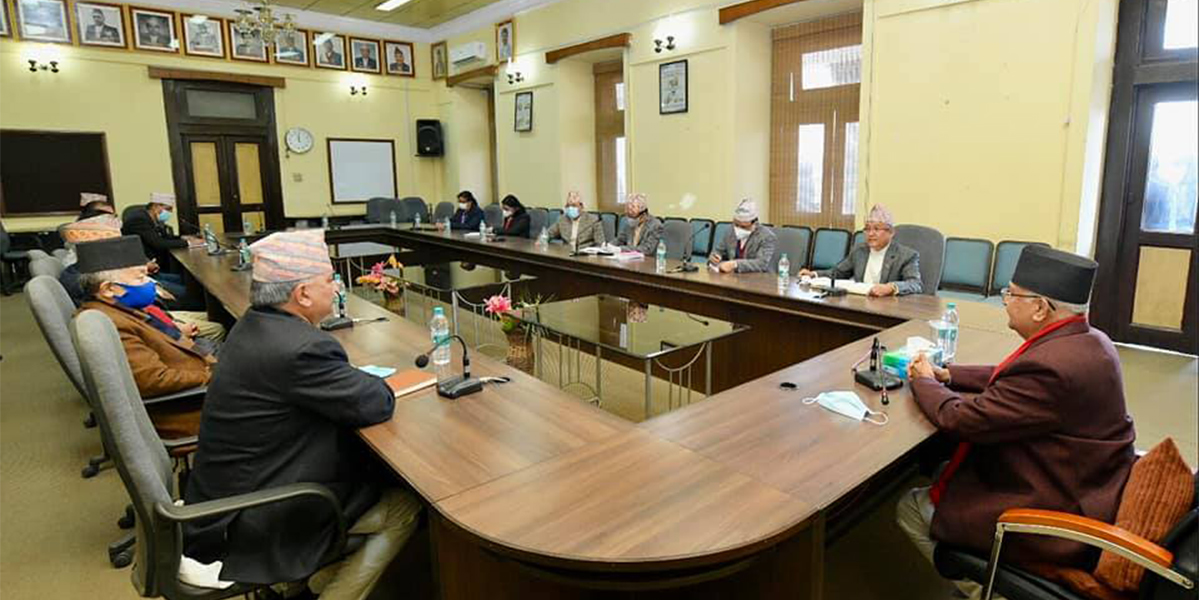 KATHMANDU, Feb 9: Prime Minister KP Sharma Oli has asked the Election Commission (EC) to expedite preparations for the upcoming midterm polls scheduled for May 30 and April 10 later this year.

Visiting the EC office on Tuesday, PM Oli took stock of the poll body’s preparatory tasks for the upcoming midterm elections and held discussions with the chief commissioner and commissioners.

Chief Election Commissioner Dinesh Thapaliya briefed Oli on the preparatory tasks carried out so far by the commission, security management and required budget for the polls, according to Surya Thapa, a press aide to PM Oli.

Thapaliya, on the occasion, said that the commission is all focused on conducting the elections on the stipulated dates.

Stating that the preparatory tasks carried out so far by the EC are satisfactory, PM Oli, advised the election body to regularly expedite the necessary preparations for the midterm elections, which were announced following the dissolution of the House of Representatives (HoR) on December 20 last year.

Meanwhile, a meeting of the Council of Ministers decided that the midterm elections will be held in 40 districts of Province 2 and Gandaki, Karnali and Lumbini provinces on April 30 in the first phase and in 37 districts of Bagmati, Sudurpaschim and Province 1 on May 10 in the second phase. The decision to this effect was taken on Monday.

Two killed in mini truck accident in Dhading
45 minutes ago

One killed, four injured in Kavre jeep accident
4 hours ago