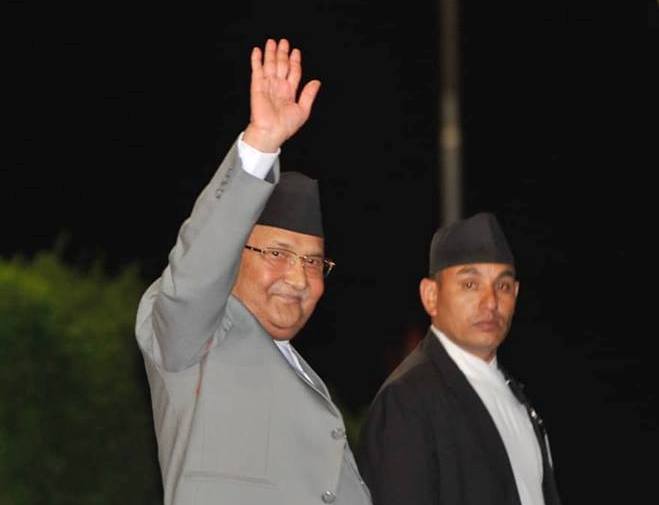 KATHMANDU, Feb 7: Prime Minister KP Sharma Oli termed the comments of Nepal Communist Party's co-chairperson on Venezuela and 'American imperialism' a 'slip' that should not be converted into 'an issue'. Oli added that this wouldn't have been the case had he been in the country.

"We have clear policies and we'd have adhered to it if I was here," Oli said in a program, Janata Sanga Pradhanmantri broadcast on Nepal Television.

Oli also questioned why Pushpa Kamal Dahal had to rush to give a comment in the Venezuelan election. "It wasn't a topic that we'd have to speak about. There also were 'unnecessary words'," the Prime Minister said and stressed that such personal remarks should not affect the relationship between the two countries.

"The United States is a big country and it shouldn't be bugged by such small comments because it was a 'slip'," Oli said.

Following Dahal's comments, the Embassy of United States had sought clarification from senior government officials. The Ministry of Foreign Affairs then had stressed the need for resolving the Venezuelan crisis “free from external interference”—something US officials in Kathmandu have described as a continuation of Dahal's earlier statement. “The statement fails to clear any air of confusions. Although the language has been changed, this contains no different intention,” added the sources.

“In line with its principled position, Nepal believes that internal political problems of a country need to be resolved within its constitutional parameters in a democratic manner, free from external interferences,” the MoFA statement said. 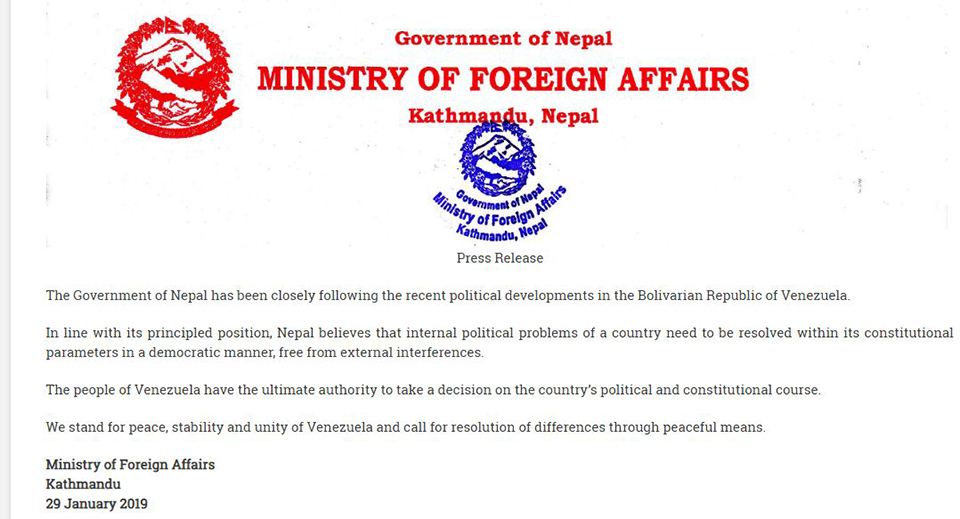 A meeting of the NCP's party secretariat held at Dhumbarahi-based headquarters on Monday concluded that there should be not any foreign intervention on the ongoing political crisis in Venezuela.

"Our party views that there should be not any foreign intervention on the ongoing political crisis in Venezuela. Unlike reported in media, there is a common position between chairman duo Pushpa Kamal Dahal and KP Sharma Oli on the issue," party spokesperson Narayan Kaji Shrestha told Republica Online following the meeting on February 4.