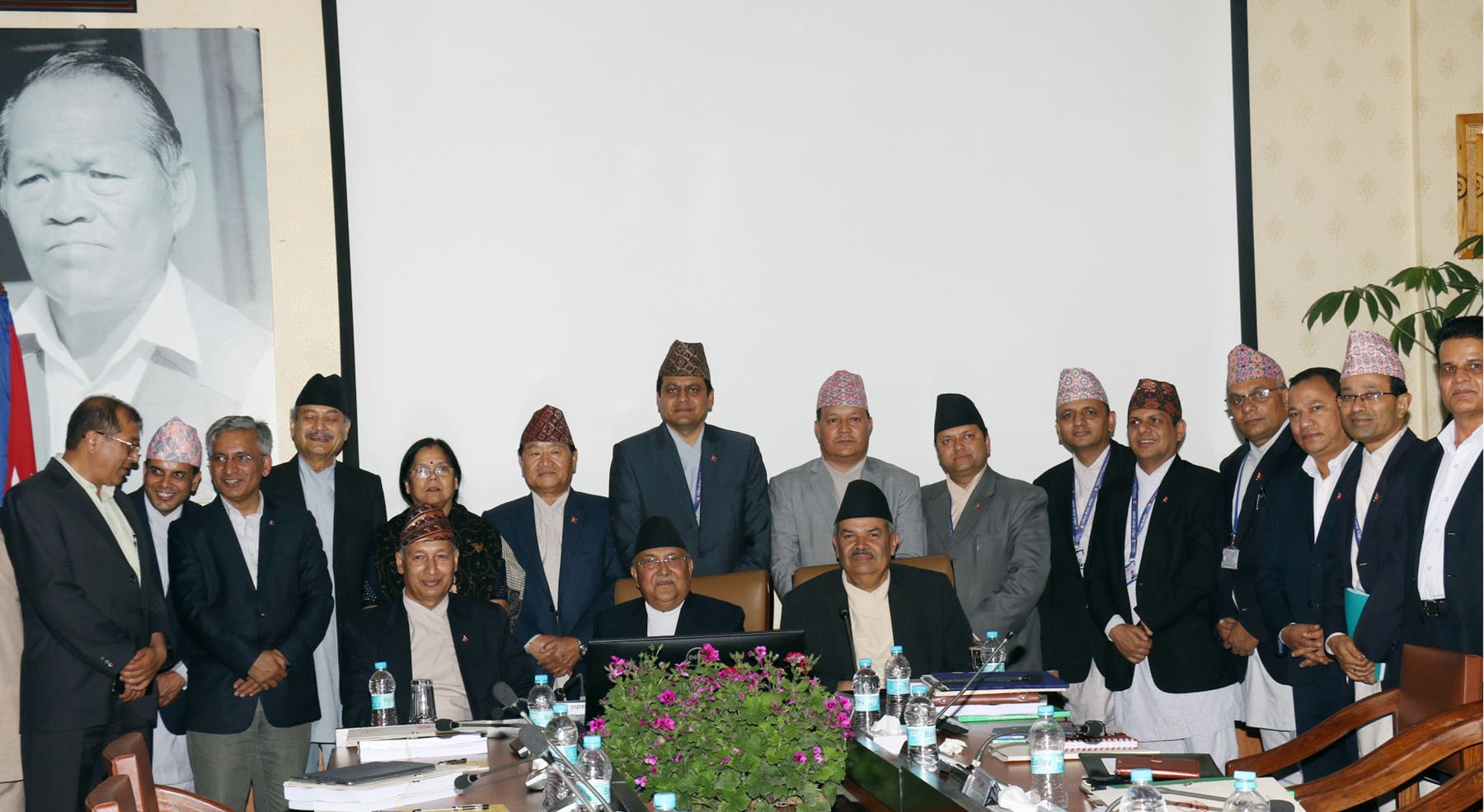 KATHMANDU, April 28: Prime Minister KP Sharma Oli has promised an end to the culture of begging from the country. “Now onwards, no Nepali citizen will be forced for begging in the street to meet the survival needs.”

While chairing today’s full meeting of the National Planning Commission (NPC), the Prime Minister said the government would own up the responsibility of fulfilling the survival needs of poor, helpless and incapacitated ones. He was confident there would be a significant fall in the number of people living under the absolute poverty during the period of the upcoming fifth periodic plan.

According to him, prosperous Nepal- happy Nepali remains as the national aspiration of the government. None will have to endure hunger in the days ahead. “We expect your telephone calls provided that any people were seen in the street begging out of compulsion and the government will take up their responsibility through the Prime Minister Employment Program. We are making social provisions differently.

The society is free but none is free to die because of compulsion,” said the PM who serves as the NPC chair as well, promising a double-digit economic growth in the future. There is a potentiality that Nepal could become self-sufficient in cement production and its imports to India and Bangladesh through the utilization of limestone available here. Nepal will be gradually transformed into an independent and prosperous nation by making every area and geography production-oriented and commercial. The operation of motorboat in the Koshi River has struck the people’s mind, according to the PM.

The PM claimed that the economic growth rate in the current fiscal failed to hit a significant height due to weak economic growth rate in the previous fiscal. Claiming significant improvements in the areas of education, health and agriculture, the PM said there were some hurdles in the smooth implementation of federalism as the system was completely new for the country. On the occasion, NPC Vice Chair Dr Pushpa Raj Kandel shared that new periodic plan would incorporate the spirit of prosperity. The meeting has decided to give permission to present the foundation paper of the 15th periodic plan in a meeting of the Council of Ministers. RSS

Newly-appointed ministers to be sworn in today
15 hours ago