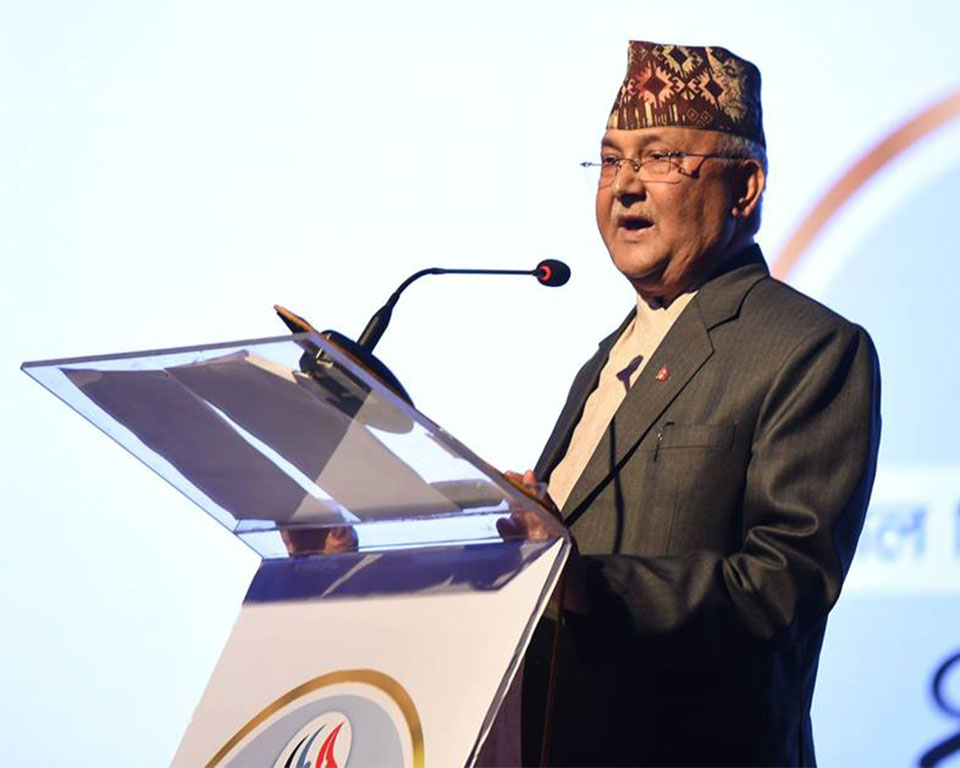 KATHMANDU, April 25: Prime Minister KP Oli has said that the country has entered into a “game-changing stage” after completing key political tasks such as constitution making and the election of three tiers of government.

Oli said now the entire focus of his government would be on expediting development projects as per the government’s signature slogan ‘Prosperous Nepal, Happy Nepalis.’

The premier said that the country will become a failed state and posterity will be a far cry if all  sectors do not join hands  to realize the Sustainable Development Goals by 2030 at this critical political juncture. “If we don’t take it [situation] seriously, the next generation will also suffer further from existing poverty and backwardness,” Oli said at a special function organized in the capital to mark the commencement of tenth year of Nepal Republic Media (NRM) on Tuesday.

KATHMANDU, Feb 15: KP Sharma Oli, chairperson of CPN-UML and a common candidate of the Left Alliance has been appointed... Read More...

NC ward chief dies on his way to receive Dashain Tika, his wife dies hearing the news
7 minutes ago