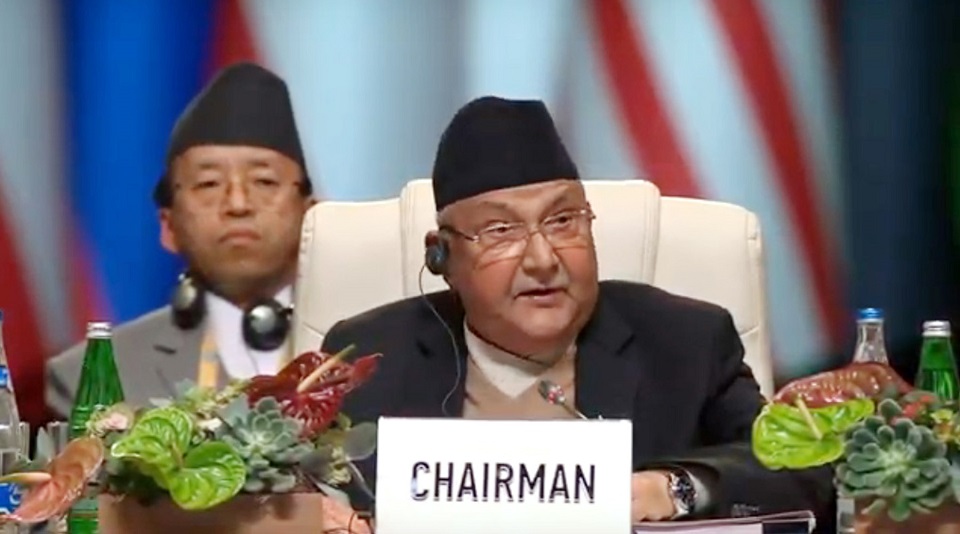 BAKU, AZERBAIJAN, Oct 25:  Prime Minister KP Sharma Oli chaired the second session of the 18th Summit of Heads of State and Government of the Non-Aligned Movement (NAM) here on Friday.

Prime Minister Oli led the General Debate on 'Upholding the Bandung Principles to ensure concerte and adequate response to the challenges of contemporary world' held at the auditorium of the Baku Convention Center, the venue of the 18th NAM Summit, in Baku the capital of Azerbaijan.

Prime Minister Oli took over the chairmanship of the session from the newly elected chair of the NAM, President of the Republic of Azerbaijan Ilham Aliyev.

President Aliyev had chaired the first session of the general debate that began following the end of the opening ceremony of the 18th NAM Summit.

Prime Minister Oli will hand over the session Chair back to NAM Chair Aliyev after delivering his national statement to the 18th NAM Summit.

KATHMANDU, Oct 27: The 18th Summit of the Heads of State and Government of the Non-Aligned Movement (NAM) held in Baku,... Read More...