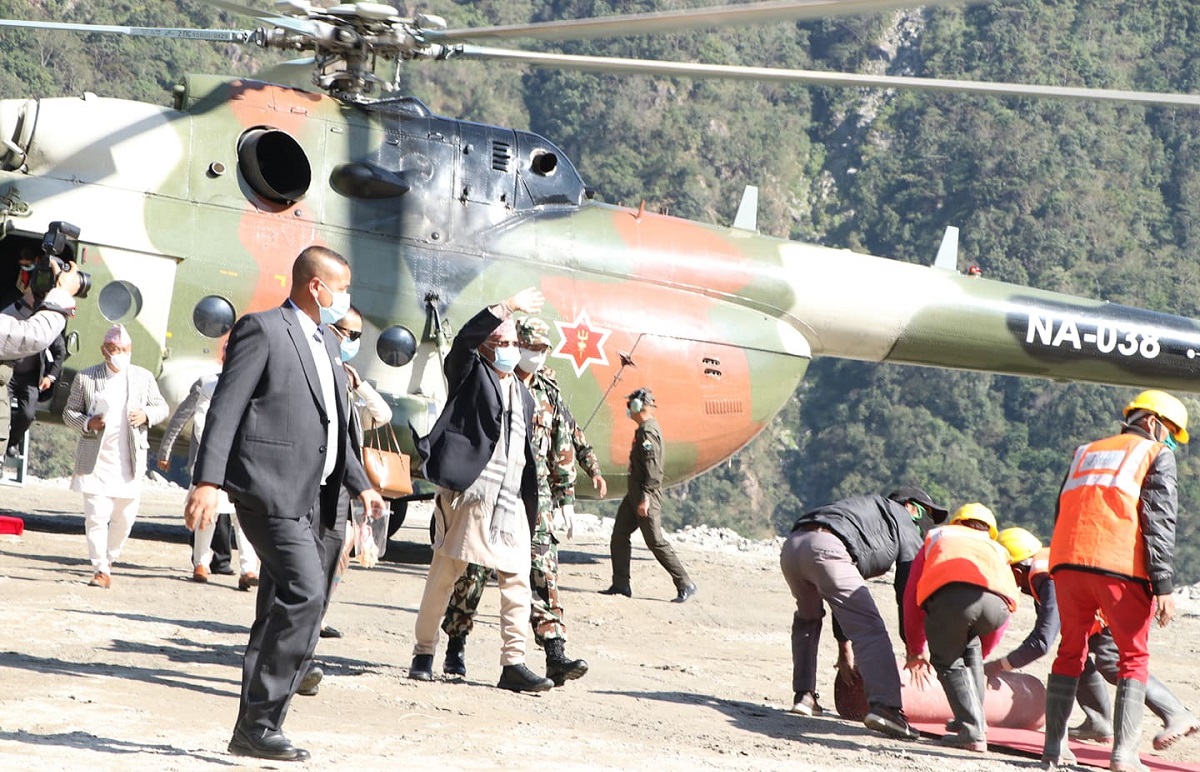 Prime Minister Oli was briefed that the project had so far reported the 40 percent progress as he took stock of the progress achieved in the construction work.  The project was jointly inaugurated by PM Oli and his Indian counterpart Narendra Modi on May 11, 2018.

Prior to this, Oli also inspected the ongoing construction of road infrastructure at Kimathanka border point along the Nepal-China border.

Chief Minister of Province 1 Sherdhan Rai and Chief of Armed Police Force (APF) Sabendra Khanal are among those accompanying the prime minister during the visit. PM Oli is also scheduled to inspect the recently-established Border Out Post (BOP) and a Customs Office in Kimathanka.