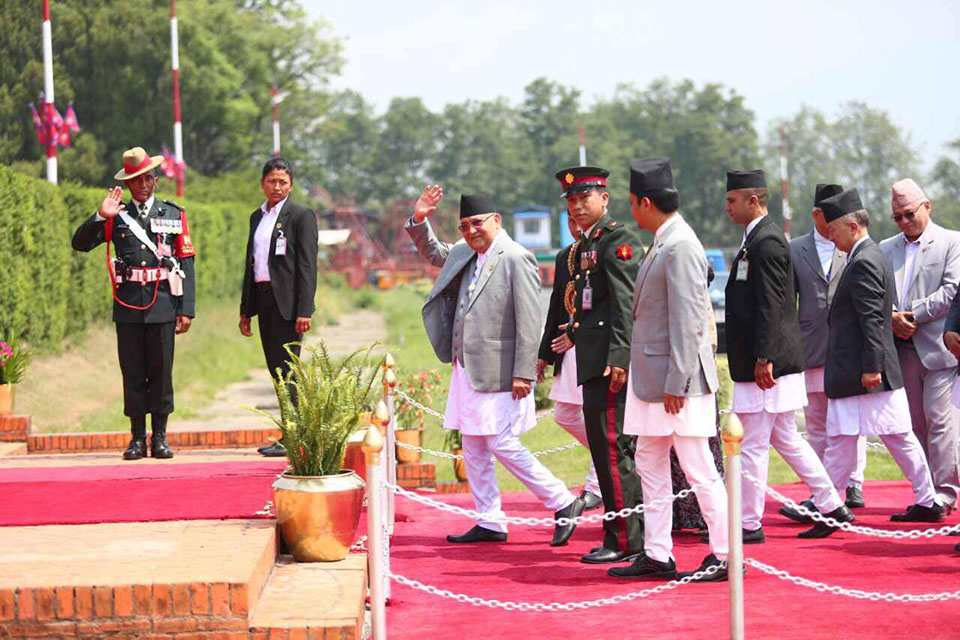 KATHMANDU, June 17: Prime Minister KP Oli, who returned home after an eight-day European visit on Sunday, has said that he is hopeful that Nepali planes will soon be flying in the European skies.

Talking to journalists at Tribhuvan International Airport on Sunday, Prime Minister Oli also said that it is an irony that Europe sells its aircraft to Nepal but does not allow the same aircraft in its skies.

“Our aircraft will fly to Europe. They will fly anywhere in the world. We are making the necessary arrangements for the same. We raised this issue with due seriousness during our visit this time also,” he said.

Although Nepal raised the issue of European Union ban on Nepali aircraft during the meeting with French officials, no agreement was reached to lift the ban on Nepali planes in Europe.

The EU banned Nepali planes in its skies six years ago citing lack of improvement in safety oversight by the Nepali aviation regulator. The restriction was put in place for the first time in 2013 shortly after the International Civil Aviation Organization (ICAO) raised significant safety concerns over Nepal's aviation sector.

“All Nepali airlines are still subject to an operating ban due to lack of safety oversight by the aviation authorities,” a statement issued by the European Commission (EC) said in its statement in November last year.

A total of 115 airlines are banned in EU skies.

In a separate question of journalist, Prime Minister Oli said that investigation into the wide-body aircraft procurement scam is under way. Prime Minister Oli, who had earlier courted controversy by declaring that then Minister for Culture, Tourism and Civil Aviation late Rabindra Adhikari was innocent, chose not to make any controversial statement this time.

“Investigation into the purchase of wide-body aircraft is currently underway. I have nothing to say on the issue as an investigation is under way. Those found guilty won't be spared,” he said.