KATHMANDU, May 28: Four former chief justices of the Supreme Court (SC) have said that Prime Minister KP Oli has failed to respect the spirit of apex court verdict by dissolving parliament for a second time.

In a joint statement on Friday, former chief justices of the apex court Meen Bahadur Rayamajhi, Anoop Raj Sharma, Kalyan Shrestha and Sushila Karki also alleged that the verdict of the apex court to reinstate parliament was made meaningless by Prime Minister Oli to meet his vested interests. "This has created a grave situation to disrespect the principle of the supremacy of law and make laws meaningless. This kind of situation is dangerous for democracy," they have said in the statement.

They have also maintained that the exercise of Article 76 of the constitution by Prime Minister Oli does not only go against the letter and spirit of the constitution but also the spirit of democracy. "This has increased threats to finish off democracy itself," they have added. Among other things, they have also expressed serious reservations over the preparation of the government to introduce a full-fledged budget even as the government has already fallen into caretaker status. 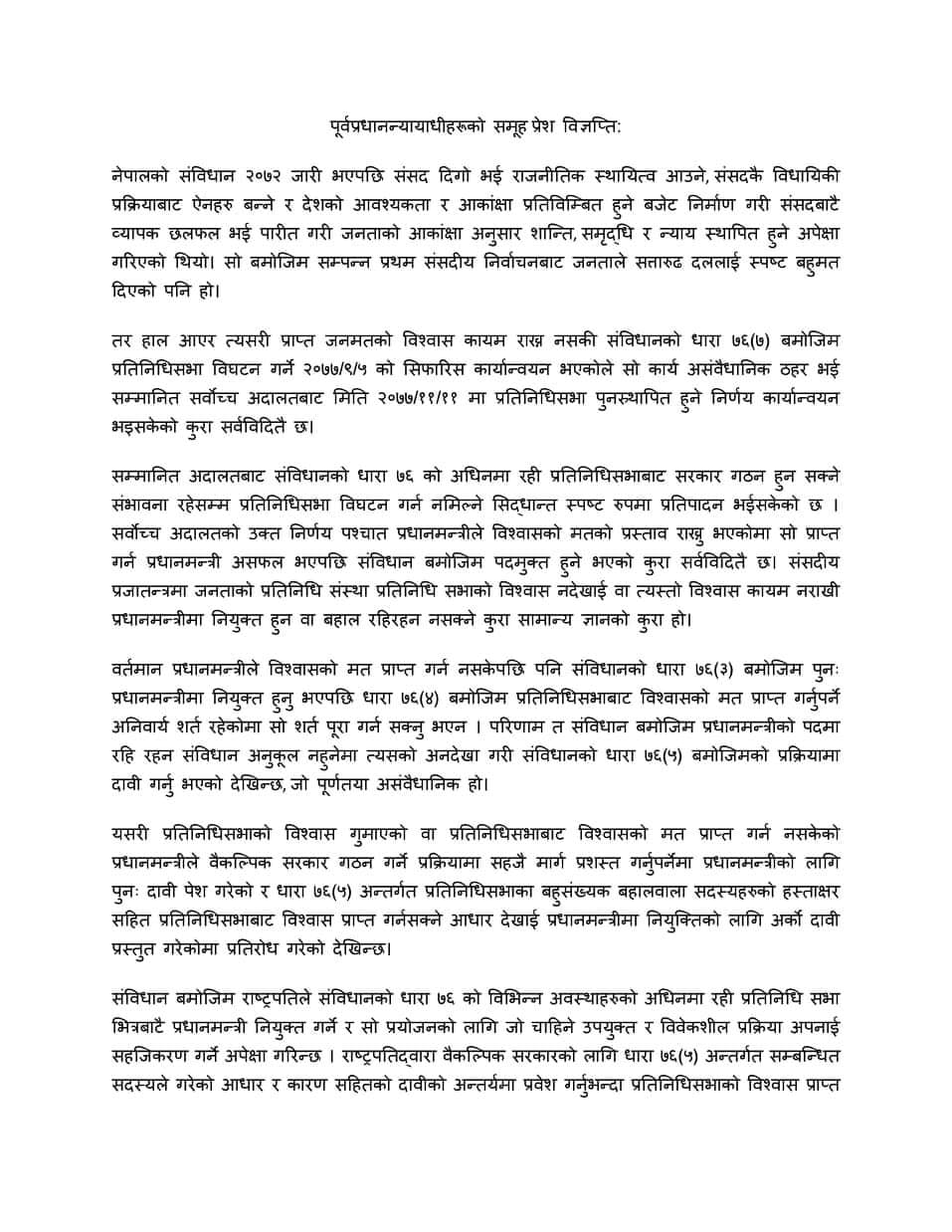 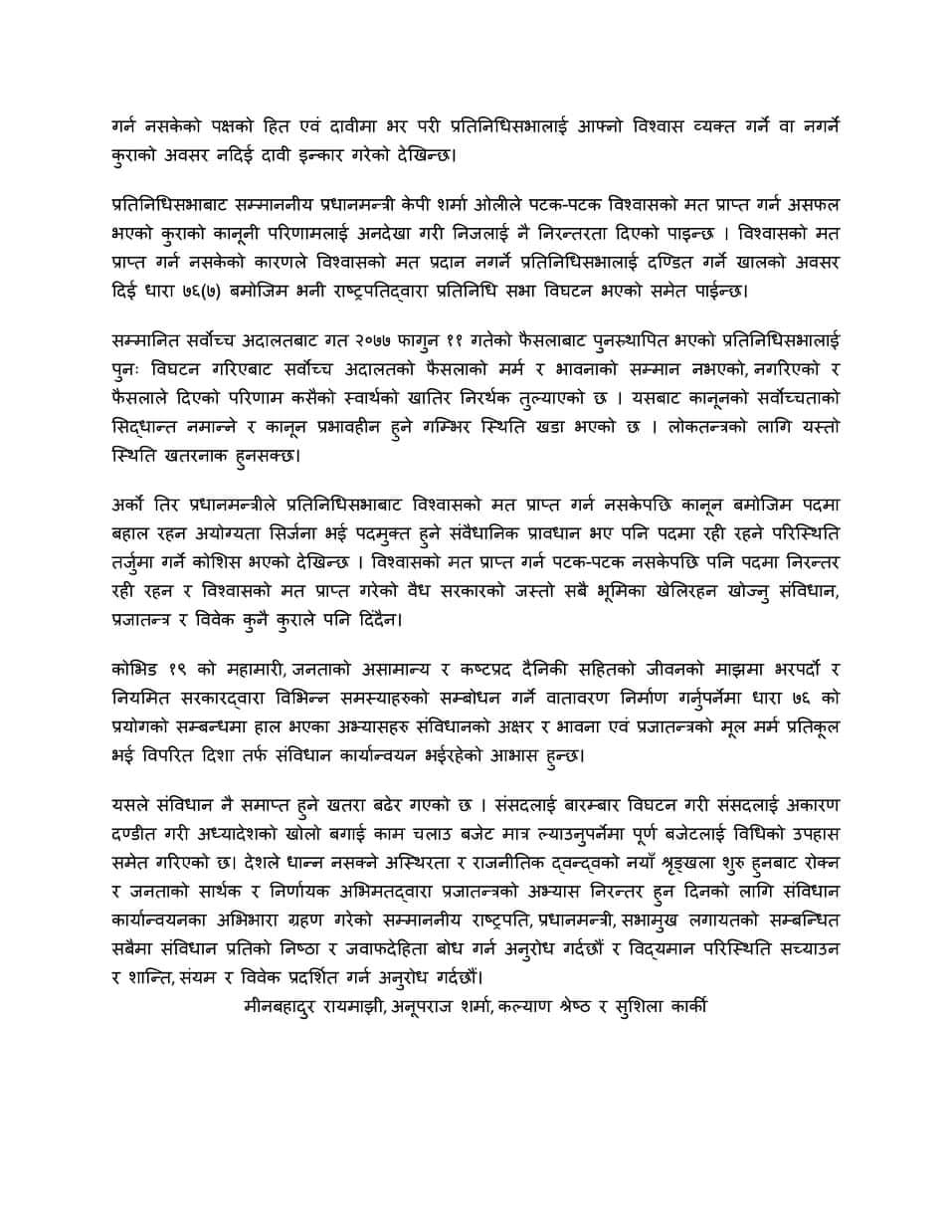 KATHMANDU, May 26: The Constitution Watch Committee has concluded that the controversial move of Prime Minister K P Oli to... Read More...

In a new twist, EC trashes demand of NCP rival factions to recognize them as official NCP

The election body says NCP is still one on legal ground. ... Read More...

KATHMANDU, Dec 29: A writ petition has been filed at the Supreme Court demanding a court order to bar the... Read More...