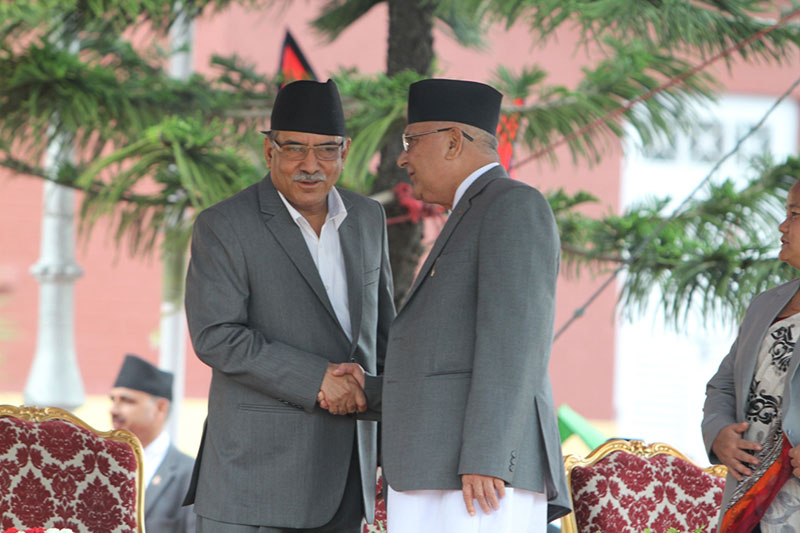 According to UML leader Bhim Rawal, UML Chairman Oli stressed that the government declare the election date for local level elections at the earliest, and focus on holding other elections.

"Prime Minister was positive toward holding elections in principle but he was not clear as we expected," said Rawal.

According to the source, the two leaders agreed to hold a meeting with Nepali Congress President Sher Bahadur Deuba to discuss ways to end the current imbroglio.