KATHMANDU, Oct 31: Prime Minister KP Sharma Oli has been discharged from the hospital on Thursday evening.

"Now, I am fine," the prime minister told reporters briefly on the premises of the hospital couple of minutes before heading towards his official residence Baluwatar after undergoing a two-day treatment at Tokha-based Grande Hospital. Oli underwent hemodialysis twice in this period. 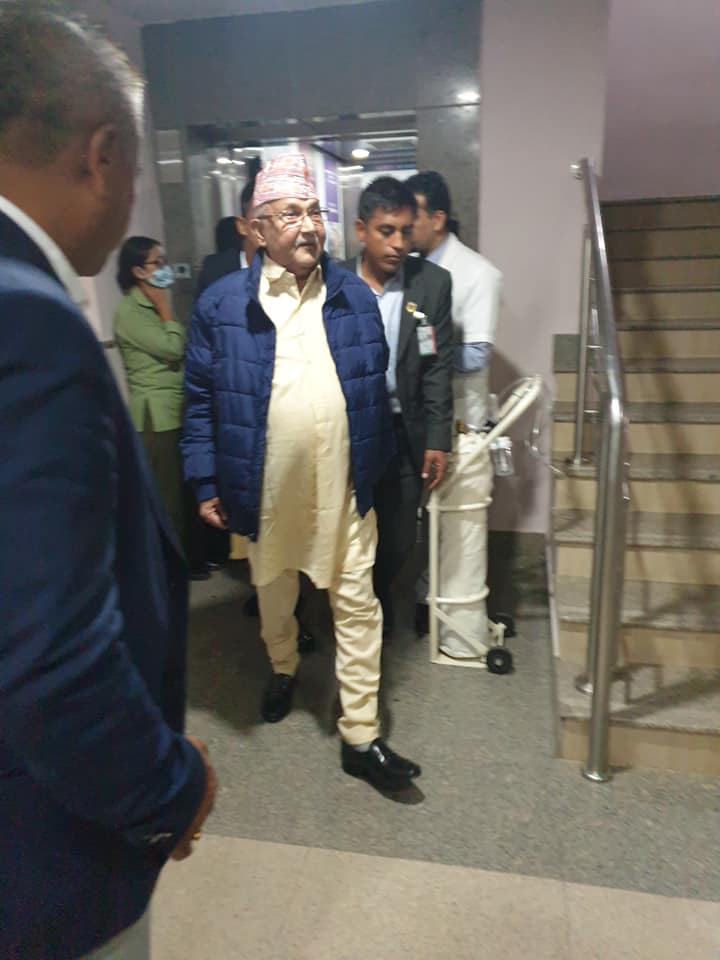 Earlier today, the hospital administration stated that PM Oli was admitted to the hospital for routine health check-up. "The prime minister's  health condition is now normal," the hospital said.

"PM Oli underwent hemodialysis in course of treatment," the hospital added. According to the doctors, hemodialysis is a process of purifying the blood of a person whose kidneys are not functioning normally. 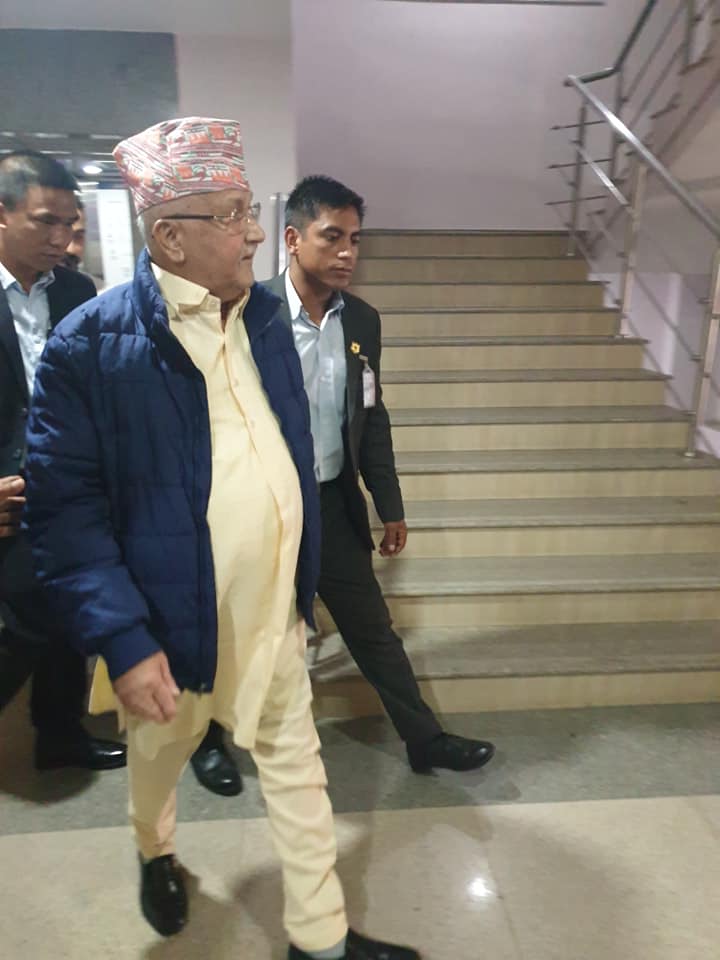 Meanwhile, Director of the Grande Hospital Chakra Raj Pandey told a press conference that the prime minister is absolutely fine. "We can make public further details regarding the prime minister's health once we come up with a medical report," he said.

The prime minister was admitted to Grande Hospital on Wednesday morning after suffering from the high fever. NCP leaders including Co-chairperson Pushpa Kamal Dahal had visited the hospital to take the stock of the prime minister's health today afternoon.

KATHMANDU, Oct 30: Doctors involved in Prime Minister KP Oli’s treatment have said that he will have to remain in hospital... Read More...