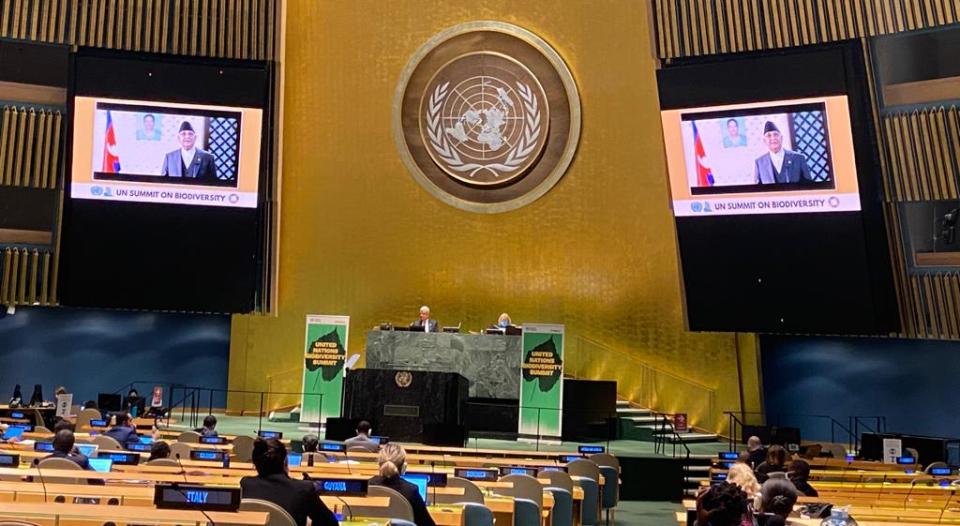 Addressing the ‘UN Summit on Biodiversity’ held virtually on Wednesday on the margins of the 75th Session of the UN General Assembly, he dubbed biodiversity resources as humanity’s common lifeline connecting generations and surpassing national boundaries.

He underlined the unique mountain ecosystem of Nepal as the true source of knowledge to inquisitive scholars, researchers, and scientists. He also shared the major achievements and success stories of Nepal in biodiversity conservation and underscored the need to harmonize the efforts under multilateral agreements and internationally-agreed development frameworks.

Emphasizing climate action as a moral obligation, the prime minister called for requisite political will, innovative ideas, and robust action from all stakeholders in biodiversity conservation.

The Summit held virtually under the theme of ‘Urgent Action on Biodiversity for Sustainable Development’, featured a total of 144 speakers including 67 Heads of State/Government and 68 Ministers.