The 73rd session of the UNGA is scheduled at the UN's Headquarters in New York.

PM Oli is accompanied by his spouse Radhika Shakya as well as Minister for Foreign Affairs Pradeep Gyawali, Chief Advisor to Prime Minister Bishnu Rimal, and Secretary at the Ministry of Foreign Affairs (MoFA) Shanker Das Bairagi, Spokesperson and Joint-Secretary at the MoFA Bharat Raj Kandel, Chief of Protocol Deepak Adhikari and high ranking officials of the government of Nepal and its agencies.

The 73rd session of the UNGA is taking place from September 25 under the theme "Making the United Nations relevant to all people: global leadership and shared responsibilities for peaceful, equitable and sustainable societies."

PM Oli is scheduled to address the UNGA on September 27. 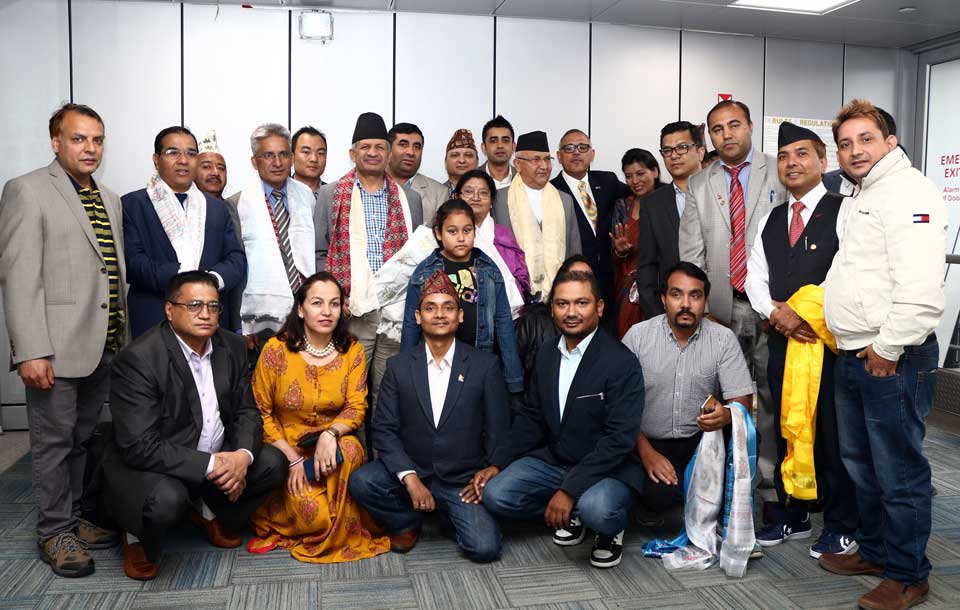 PM Oli off to New York to attend UNGA