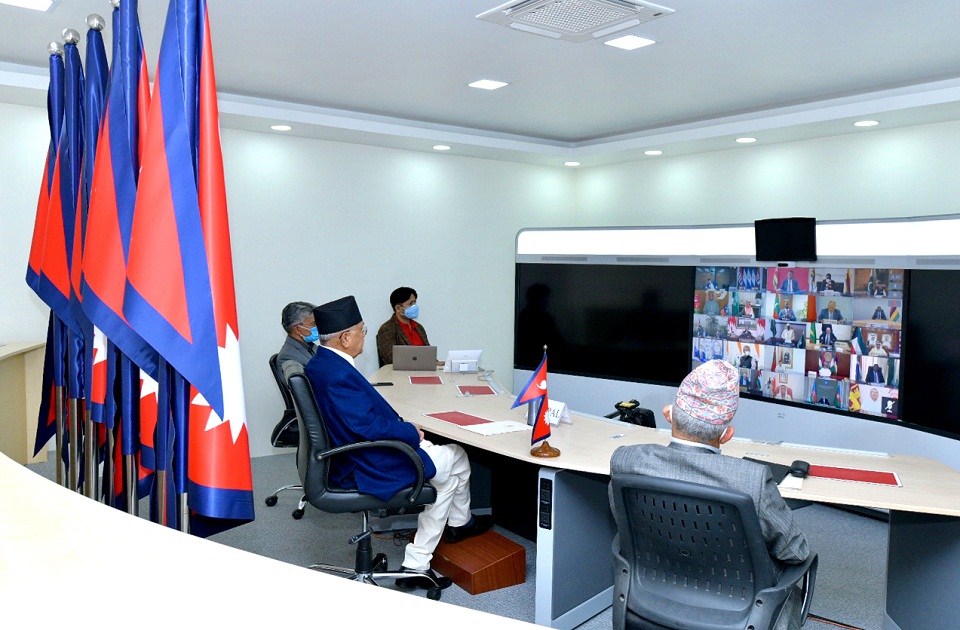 KATHMANDU, May 5: Prime Minister KP Sharma Oli has said that the Non-Aligned Movement (NAM) must use its numerical and moral strength to unite the world at this critical moment of human history.

Oli made the statement while addressing a virtual summit of NAM under the theme of "United against COVID-19" on Monday.

Referring to the COVID-19 pandemic, Prime Minister Oli said, "Humanity is at stake now and we are fighting a common but invisible enemy." 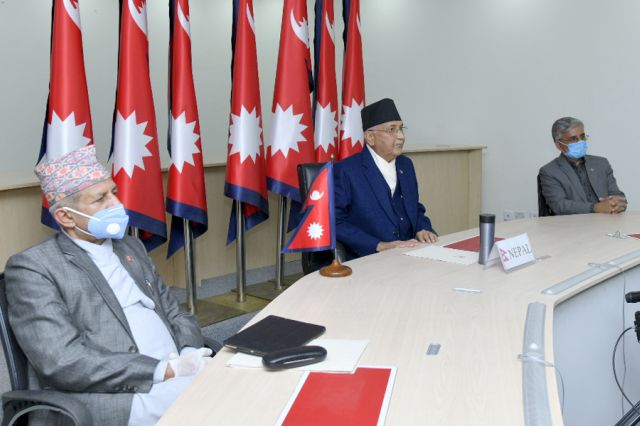 He further said that the virus has tested the entire world's ability and exposed its vulnerability.

"Global trading and travel linkages are disrupted, businesses have collapsed, jobs are vanished, education systems are disrupted, and millions risk relapsing into poverty making the realization of SDGs even harder," said the prime minister.

Prime Minister Oli emphasized that in such a situation, there is nothing more important than the protection of human life and saving of humanity which is the supreme duty of governments.

"We can revive economic loss, reinvent technology, build a prosperous society, but, we cannot revive the loss of precious human life, which is also the loss of human capital, talents, expertise and ideas. So, life comes first of all other considerations," said the prime minister.

Stressing that human health must be the topmost priority, the prime minister shared with the NAM member states the measures taken by the Government of Nepal to respond to the crisis and informed that there is no death from Covid-19 in Nepal as of now.

The prime minister also underlined the unprecedented economic impact on remittances and tourism and the hardship that people are facing, in particular the small enterprises, peasants and daily wage earners.

While expressing Nepal's determination to face the challenge, the prime minister called for a robust global response to such a crisis of large proportion and highlighted the indispensable role of the United Nations and its specialized health agency, WHO. 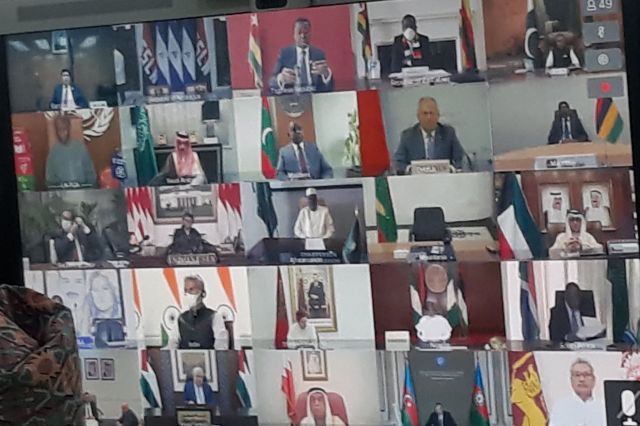 "Those institutions must be strengthened and supported to promote cooperation, collaboration and synchronize global response to the pandemic," he said.

Prime Minister Oli further underlined that NAM states must remain united and support multilateralism and global cooperation to defeat COVID-19, consolidate the voice of the poorest and most vulnerable, scale up South-South Cooperation by way of sharing experience, transfer of technology, medical logistics and equipment, coordinate and advocate a robust recovery package from the international community.

Prime Minister Oli said that NAM must promote regional initiatives as building blocks for global efforts and recalled the video conference of the leaders of SAARC countries to promote cooperation and find solutions to the challenges posed by COVID-19.

Saying that humanity must come together to fight the challenges of poverty, illness and under-development, the prime minister said that this is not a time to engage in insurgencies and wars. "Therefore, Nepal supports UN Secretary General's appeal for a global ceasefire," he said

Stating that the pandemic has exposed the inadequacies and fragility in the existing economic system, the prime minister called for reorienting economic arrangements and redeploying resources for building and maintaining basic social protection, health care and education. Pro-people policies stand better to deal with a crisis like this, he said.

The summit ended by adopting an 18-point declaration. 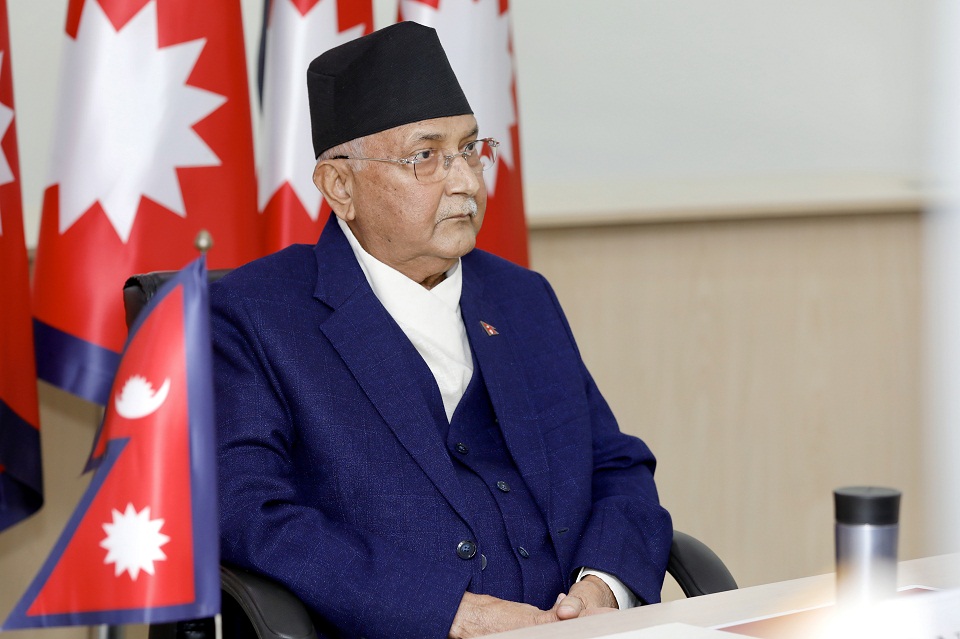 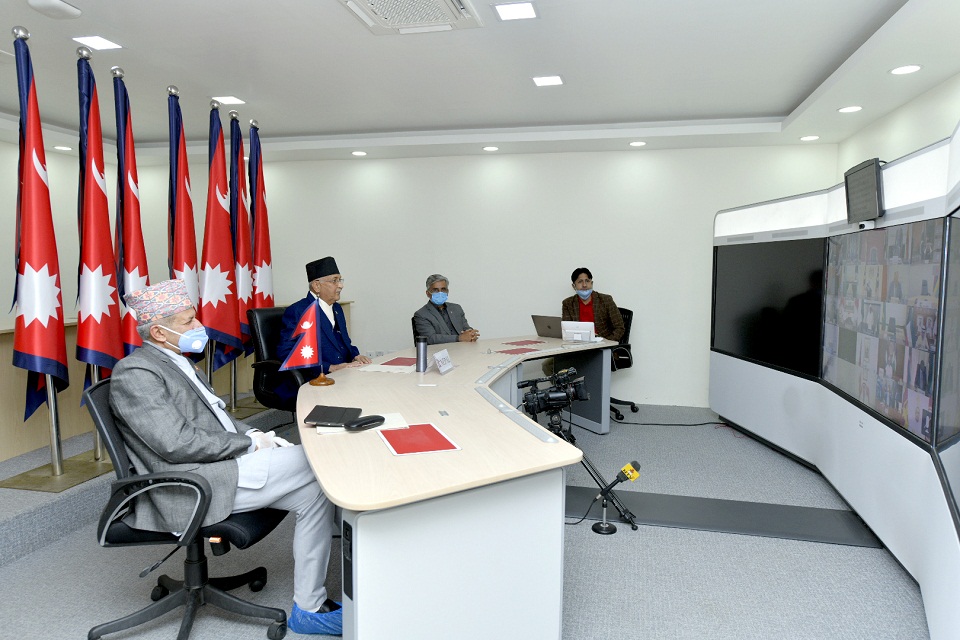 In these times of COVID-19, the big challenge for most of us is to find ways to protect ourselves and... Read More...