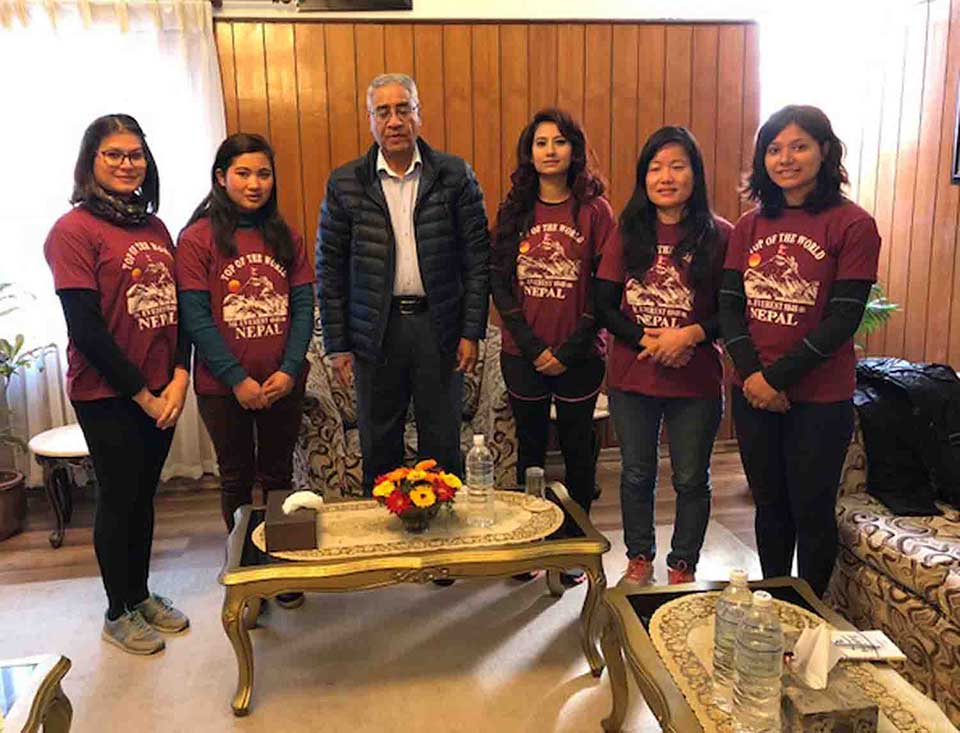 The team, comprising five young Nepali women journalists working in different media outlets in the country, are going to climb the highest mountain in the world- Mt Everest (locally known as Sagarmatha) in April/May this year.

Terming the task to be ‘daring’ and the team members as the ‘valiant’ ones, PM Deuba responded positively to the request placed by the team leader Rojita Buddhacharya on the behalf of the team to waiver their permit fee for the Everest climb.

Deuba was also all affirmative to the appeal by the team regarding financial assistance from the government for initiative going to be undertaken by any group of women journalists for the first time in the 64 years of successful climbing history of Mt Everest.

The team, which recently climbed two mountains –Ramdung (5925 m) and Yalung-Ri (5630 m) in Dolakha district as a part of their training, are currently undergoing another round of rigorous training in preparation for the Everest expedition.

The FWJEE18 is climbing the world’s tallest peak under the banner of the Federation of the Nepali Journalists (FNJ) with the slogan ‘Unified Voice for Equity’.