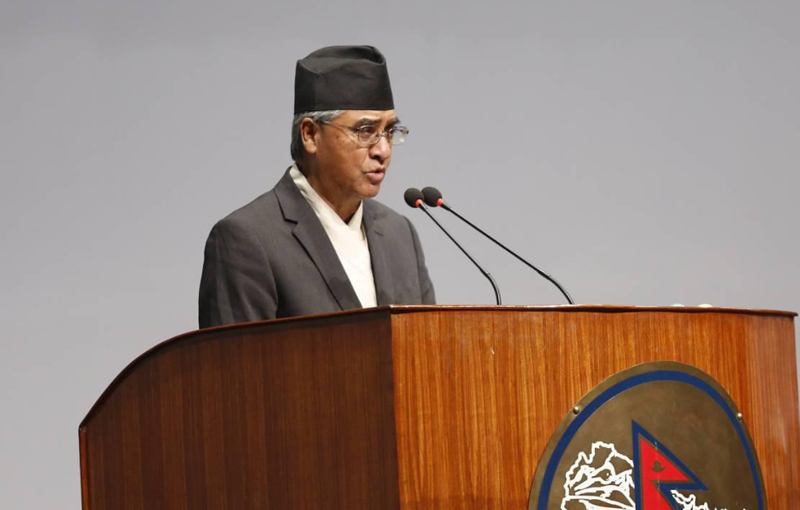 KATHMANDU, August 28:  Prime Minister Sher Bahadur Deuba has said he has done nothing wrong by making announcement of putting further efforts for second amendment to the constitution during his joint press conference with his Indian counterpart Narendra Modi last week.

Deuba, who returned home on Sunday after completing the five-day India visit, said so while addressing a parliament meeting on Monday. “I want to make it clear that the task of constitution making and making it acceptable for all is our internal affairs. I haven’t reached any agreement on this with anyone. And, it can’t be done,” said the prime minister.

He however was quick to add that the tasks of making the constitution acceptable for all and its implementation were the country’s national agendas.