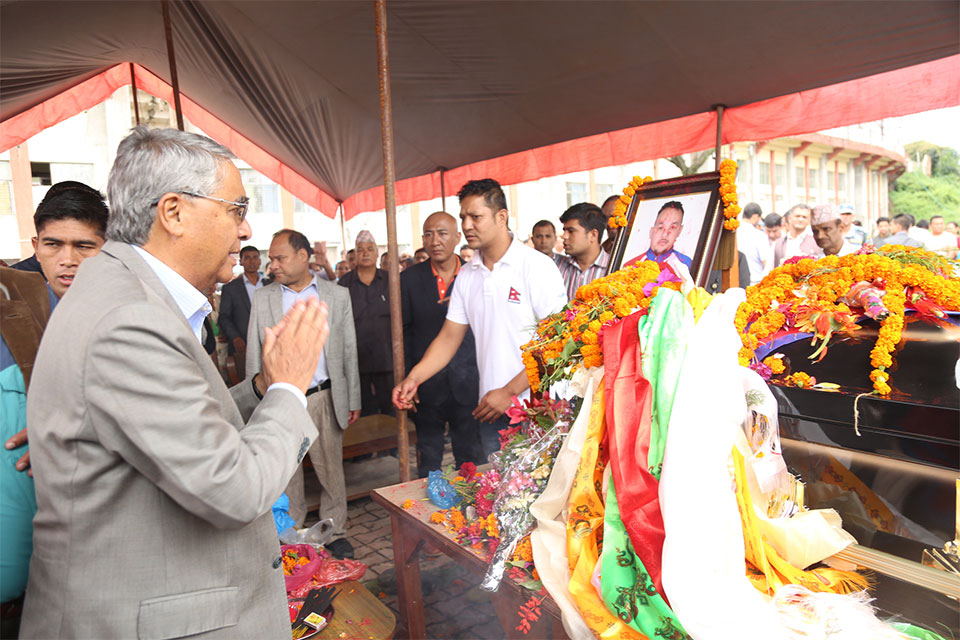 Leaders of different political parties, well wishers, general people, people involved in mountaineering and national players, among others, had also gathered at Tripureshwar to pay last tribute to Pandit.

Pandit, who started his adventurous journey from 2065 BS, has climbed highest mountains of seven continents. Pandit, who had already climbed the Mt Denali, died in course of second attempt of climbing. Earlier, Pandit had run from Swargadwari of Pyuthan to Kathmandu in 47 hours and 20 minutes.

Similarly, on July 20, 2014, he had stayed half-naked at Mt Elbrus (Europe) for six minutes and three seconds at the temperature of '-60 degree Celsius' to set a new record. RSS