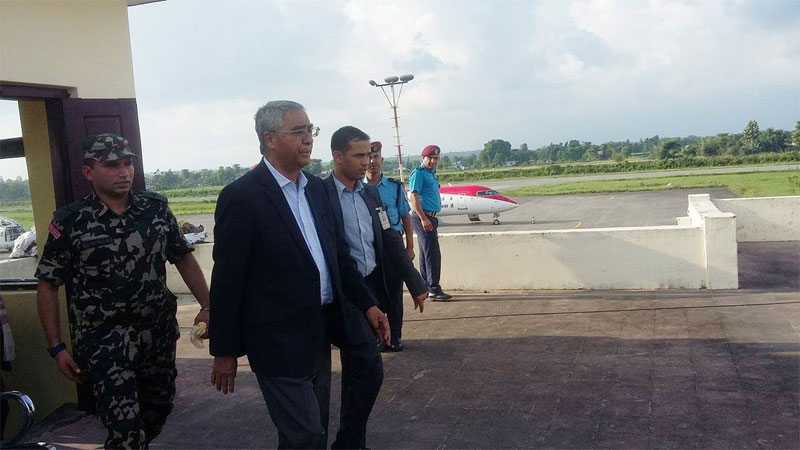 BIRATNAGAR, August 14: Half a dozen ministers including Prime Minister Sher Bahadur Deuba have arrived at Biratnagar to take stock of flood-hit areas in the eastern Tarai region on Monday.

The team inspected the flood-hit districts including Saptari, Sunsari, Morang and Jhapa by chopper.

The high level team led by PM Deuba will inspect floods-affected areas of Jhapa and Morang districts after receiving updates from the NA Eastern Division before returning to Kathmandu.

Is the ruling alliance pulling an ‘election stunt’ in Nijgadh?
21 minutes ago