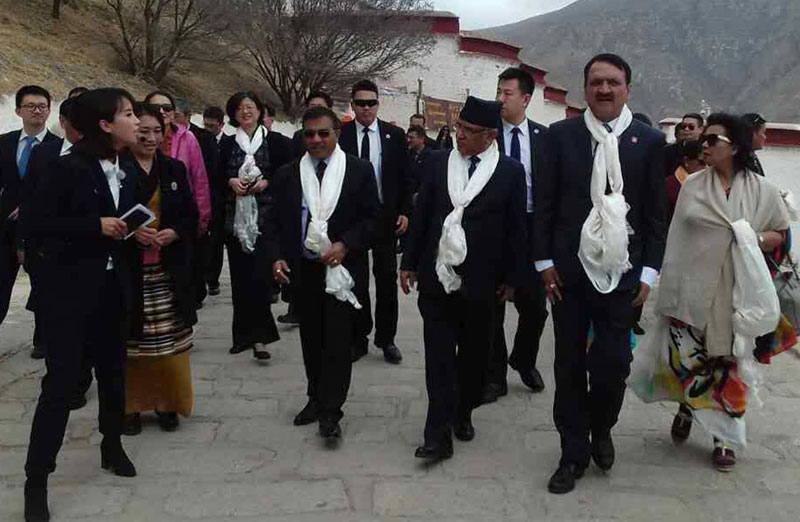 KATHMANDU, March 28: Prime Minister Pushpa Kamal Dahal 'Prachanda', who is on an official visit to China, observed the ancient Potala Palace in Lhasa, the capital of Tibet Autonomous Region of the People's Republic of China, today.

The PM Dahal-led delegation was welcomed at Lhasa airport by employees of Consulate General of Nepal in Tibet including Consul General Gobinda Bahadur Karki.

On the occasion, Dahal, who reached Lhasa today morning after a tour of Chengdu, the capital of China's Sichuan province, held a bilateral meeting with Chairman of Tibet Council Qi Zinh, said PM Dahal's private secretariat.

During the meeting, the two leaders are said to have discussed a variety of issues of mutual and bilateral interests.

Earlier, Consul General Karki apprised PM Dahal of the role of the Consulate General in further strengthening relations between Nepal and China. PM Dahal is scheduled to return home on Wednesday morning. RSS