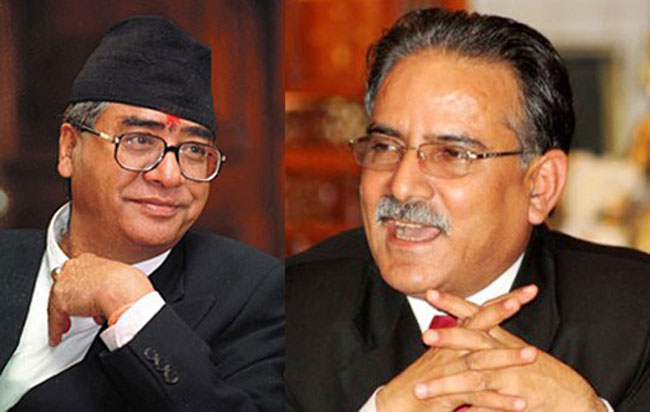 KATHMANDU, OCT 20: Prime Minister Pushpa Kamal Dahal and Nepali Congress President Sher Bahadur Deuba have discussed the impeachment motion registered in the Parliament against the Chief Commissioner of the Commission for the Investigation of Abuse of Authority (CIAA) Lokman Singh Karki on Thursday morning.

As many as 157 lawmakers (107 from  main opposition CPN-UML and 50 from ruling CPN (Maoist Center) registered an impeachment proposal against CIAA Chief Karki at  the Parliament Secretariat on  Wednesday evening.

Even though the CPN-UML and CPN (Maoist Center) registered the impeachment proposal against Kaki, NC lawmakers have not signed it.