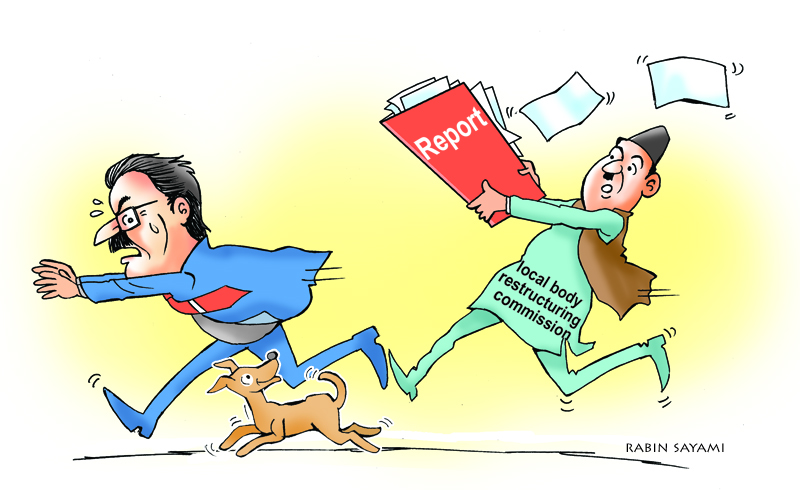 The meeting was fixed at 10 am today. The office-bearers reached the Prime Minister’s Office in Singha Dubar on time. But, PM Dahal avoided the meeting saying he was busy.

Following recent political developments, the prime minister has been avoiding a meeting with members of the commission because once he receives the report, the existing local setup will automatically transform into the village councils and municipalities created by the commission.

Earlier on Monday, the commission formed to restructure local units had sent a letter to PM Dahal requesting a meeting with him to hand over its final report on local restructuring under the federal system.

In its letter to the prime minister, the commission had stated that it has completed its entire task related to fixing the numbers and boundaries of the village councils, municipalities and special, protected or autonomous areas in line with the criteria set by the government; and as the commission has decided to hand over its report to the government, it formally requests the Prime Minister to schedule an appointment for the purpose.