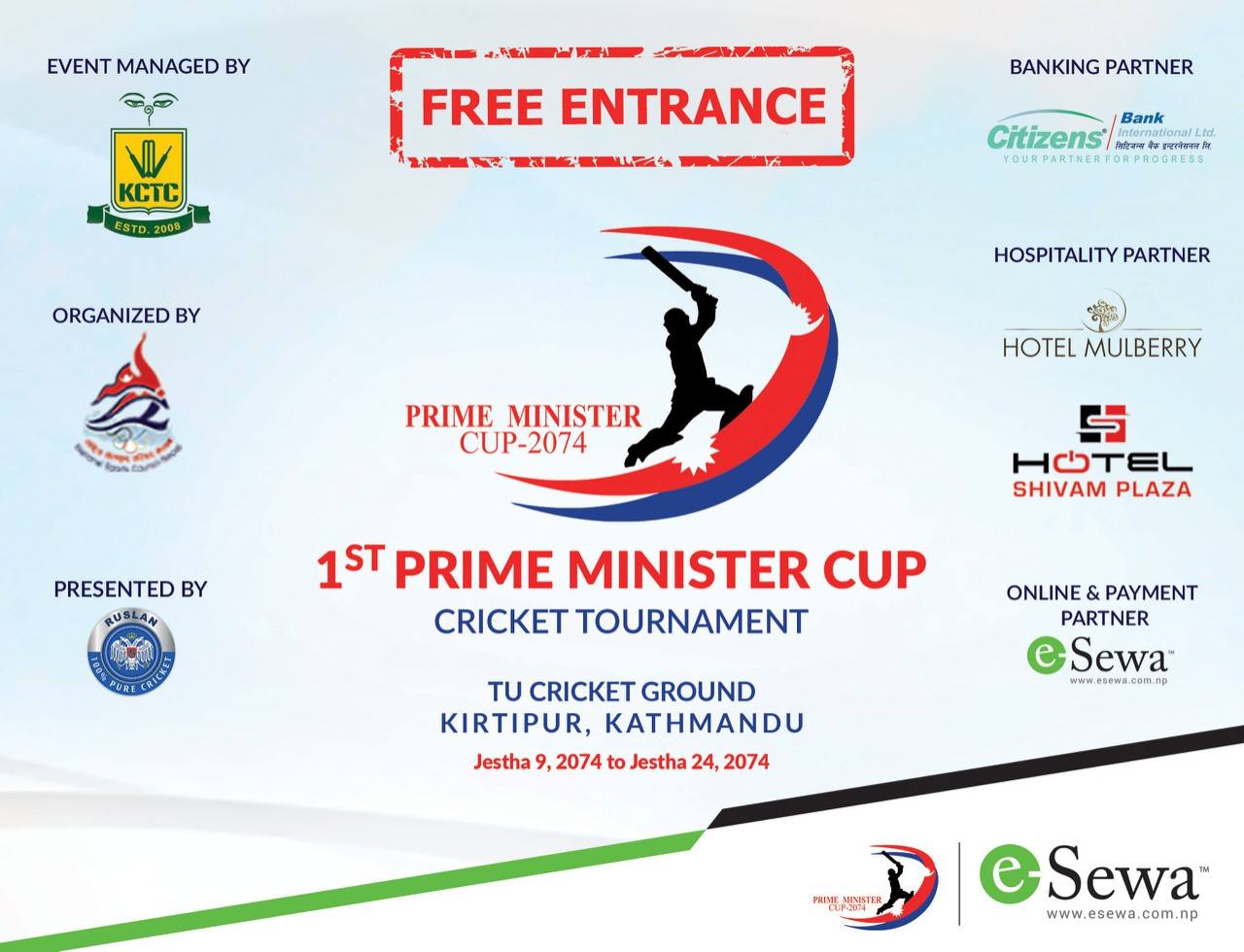 KATHMANDU, Jan 10: The Prime Minister (PM) Cup T20 National Cricket Championship kicked off in Kathmandu on Monday. Tribhuvan Army Club started with a win in the inaugural match. Defending champion, the Tribhuvan Army Club beat the Karnali Province team by 63 runs in the opening match played at the TU Cricket Ground in Kirtipur.

The Army gave a 117 run target to Karnali. Losing the toss, the Army batted first and collected 116 runs in 19.1 overs losing all wickets. In reply, the Karnali team was confined to 53 runs in 14.4 overs losing all its wickets.

Ten teams are competing in the Championship, which is divided into two groups.

The winner and the first runner-up teams from both groups will enter the semi-finals of the championship. The final match will take place on January 19.

Candidacy filing begins at 10 am in three provinces: EC

KATHMANDU, May 2: Issuing a press release today, the Election Commission(EC) has stated that candidacy filing began in the 34... Read More...