PM appeals voters to take part in election with confidence 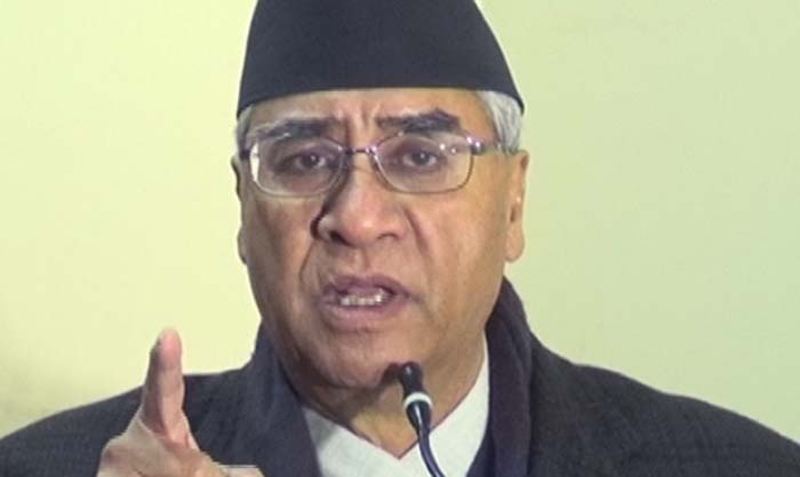 The Prime Minister made this appeal to the voters on the eve of the second phase local election taking place in Province 1, 5 and 7 on Wednesday.

Noting that the country was at the threshold of the second phase local election to the restructured local level for the implementation of the constitution, PM Deuba said the voters are at a time to utilizing the last opportunity to elect the people's representatives to 334 local levels in Province 1, 5 and 7.

He called upon the voters to exercise their voting rights by actively taking part in the election like the citizens did in the first phase local polls, saying the election was an historic occasion.

PM Deuba stated that the Election Commission has adopted all measures from its side to make the second round local election free, fair and dignified and the government too has adopted all the security measures for the same, appealing to the voters to take part in the election without any qualms.

KATHMANDU, May 13: Prime Minister Puspa Kamal Dahal on Saturday has appealed to all the Nepalis  for their active participation... Read More...