‘Players winning more than one gold to get Rs 1.1m per gold’ 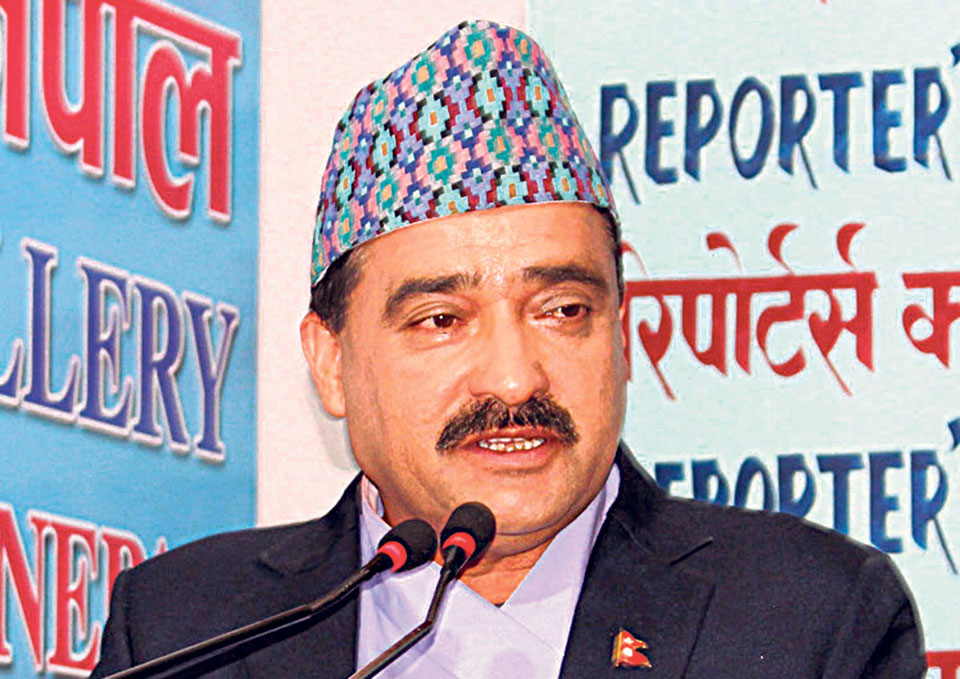 The government on Wednesday announced that the individual gold medalist will receive Rs 9 lakh cash prize while those who won more than one gold medals will get Rs 1.1 million.

However, as the government did not reveal details on how much money the gold medalists will be rewarded personally, it created a debate on whether swimmer Gaurika Singh--who became the only athlete to win four golds in Nepal's SAG histroy, along with two silvers and three bronzes--will get around Rs 60 million or only Rs 1.1 million.

Even the government authorities' statements contradicted each other.

"Rs 1.1 milllion will be rewarded to each gold medal," Silwal told reporters during a face-to-face interaction program organized by the Reporters' Club Nepal on Thursday.

"Gaurika Singh will get around Rs 5.9 million," he clarified.

But, there was still disfactions among the men's football team members as they would be receiving only Rs 500,000 each for retaining the SAG gold--which is fewer than the silver medalists.

According to the announcement, the gold medalists in the team events will receive only Rs 500,000.

Silwal said the football team's gold is counted as one, therefore, "they will be rewarded five hundered thousands each."

"The football team is getting more than 10 million rupees," he added.

When enquired if the cash amount the gold medalists are getting is comparatively smaller than other countries, he said: "I agree its smaller in amount . But the province governments  and the municipalities are announced additional prizes."

"The SAG medalists will get more."

KATHMANDU, Dec 12: An investigation team on Wednesday has been formed to probe into the thrashing of a sports journalist... Read More...

KATHMANDU, Dec 5: The glittering lights and huge fanfare at Dasharath Stadium during the opening of the 13th South Asian... Read More...