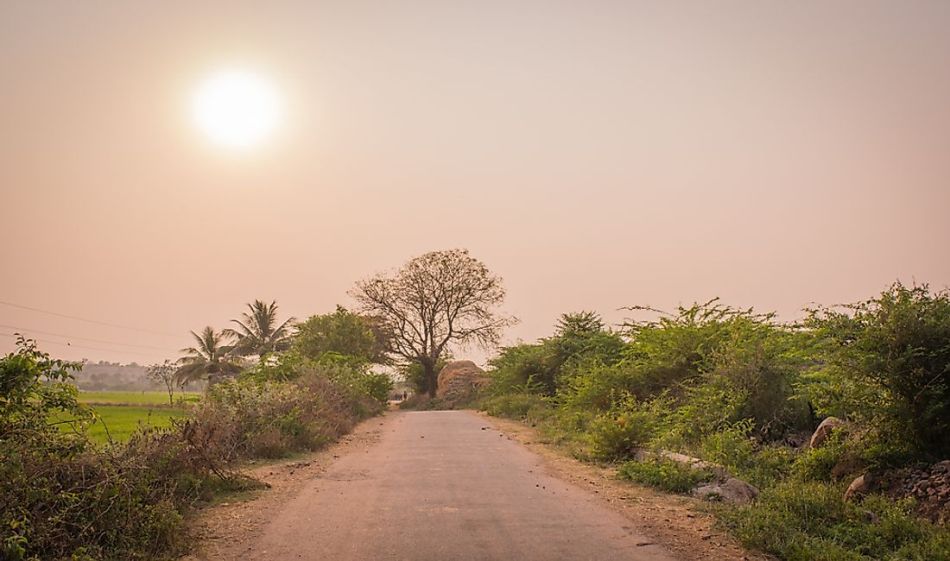 Vanuatu is a small island nation in the Melanesian part of the Pacific Ocean, a country that has been colonized for decades and, as one of the most vulnerable to climate change, has been susceptible to uncountable natural disasters.

Its politics defines an emerging democracy prone to instability (24 changes of government since 1983), many ups and downs but nevertheless a democracy with elected leaders and freedom of expression.

Vanuatu is an interesting case, so different from but also similar to Nepal as it was the latest nation to graduate from the group of Least Developing Countries—the LDCs.

Nepal, with two of the three essential criteria already met—has already technically graduated but the government opted to delay the milestone in order to be better prepared for the transition that will close many doors of financial assistance and facilities—from trade to development aid—that it has enjoyed for decades. Now as per the official schedule by the United Nations, the country could officially join the new group of developing countries by 2024.

This past December Nepal Human Development Report 2020 “Beyond Graduation: Productive Transformation and Prosperity” was released by the UN. The report is an important piece of analysis with a set of recommendations that national policy makers should pay attention to.

The past editions, of which the last one was published in 2014, were focused on different challenges faced by the country—from the quest for federalism to social inclusion to marginalization stemming from exclusion.

A common thread of all editions was the need for the country to embark on a process of institution building. The 2020 edition is focused on the need to “reform institutions and improving governance”, highlighting the importance for the country to embrace a more open, transparent and accountable governance at all the levels to create “systems upholding responsiveness, transparency and accountability institutionalized at all levels”.

With elected representatives on the ground, citizens have a real opportunity not only to access more information related to formulation of public policies but also become a key constituent to same decision making process.

What the report says

“A genuine democracy and robust governance system are possible only where political institutions follow democratic practices and develop mechanisms to hear and respond to people, including through civil society organizations. Nepal's experience affirms that political institutions have to be inclusive, transparent and forward-looking to align with required changes in the State's governing structures and development agenda,” says the report.

In a sense the report offers a true blueprint with real and practical suggestions encompassing all the economic sectors from tourism to manufacturing to smart and sustainable agriculture practices to hydropower wealth without neglecting the need to create more equal and inclusive education and health systems.

Though exhaustive data published in the report show the country has advanced on multiple indexes of gender related human development, Nepal is still lagging behind in acknowledging the economic role women can play in the society. Politically speaking, quota system is in place though they are often of a more tokenistic nature.

Politics is still widely dominated by male hill Brahmin citizens but at least a legislation to make more room for women and minority groups is there.

Economically speaking, there is still a lot of work to be done to truly leverage women in the job market and quite astonishingly you will find in the report that the country has one of the lowest ratios in the region in terms of women’s secondary education rates.

In terms of tourism, there is the strong emphasis on switching from a “high volume but low value” approach to one who can focus on quality and exclusivity of a broader map of destinations.

In this case, Nepal could also become a trailblazer in accessible tourism as steps have been taken in this direction but they need to be streamlined. There is an urgent need to figure out better mechanisms to deliver inclusive and accessible health and education services.

Private players must be better regulated but the pandemic has exposed the limits of a capitalistic approach to the provision of fundamental human development services. Will the country, for example, be able to come up with what the report calls an “integrated health services delivery system”?

The recent announcement about the construction of hundreds of new public hospital and health clinics across the country was path breaking but many doubt it will be truly implemented.

Also, the ongoing health and economic crises (hopefully the ongoing political stalemate won’t have spillover effects on the already weak productivity of the nation) might warrant a rethinking in the timeline for the graduation from LDC.

However, the country still has three more years to come up with a robust, fact-based transition plan. The main takeaway of the report is the unique opportunity that will unfold with the prospect of a graduation. Policy makers need to come up with a strong national, social and economic strategy that truly can help the citizens of this country to be truly happy and proud of their nation.

Even if, after graduation, the EU will extend for three years its market preference under the ‘Everything But Arms” initiative, it is imperative for Nepal to formulate a strong and sound plan that also takes into account the untapped possibilities to embrace green and more sustainable development patterns.

The recently approved second National Determined Contribution (NDC), a pillar of the country’s commitments to the Paris Climate Agreement, could be a good start. We should remember that the UN report is focused on underscoring the risks of economic patterns that are putting at risk our own existence.

“Will we be remembered by the fossils we leave behind: swaths of species, long extinct, sunken and fossilized in the mud alongside plastic toothbrushes and bottle caps, a legacy of loss and waste? Or will we leave a much more valuable imprint: balance between people and planet, a future that is fair and just?” asks Achim Steiner, the UNDP Administrator in his foreword to the global report.

Vanuatu, despite the existing challenges, including an economy that is much smaller than Nepal’s and a tourism sector tattered by the pandemic, is trying to embrace a more sustainable economy with a total ban on single use plastic bag, straws and polystyrene food containers and more recently a ban on disposable diapers and with the promotion of smart agriculture practices. Big challenges remain in this small nation of only 300,000 people.

Is everything working out perfectly there?

I guess not but at least Vanuatu made some choices. It is high time Nepal did the same.

Due to the extraordinary challenges posed by the COVID-19 pandemic and based on the request of the Government of Nepal,... Read More...

KATHMANDU, Jan 1: Tribhuvan University (TU) held its 44th convocation on Monday. Out of the total 73,901 graduates who passed... Read More...