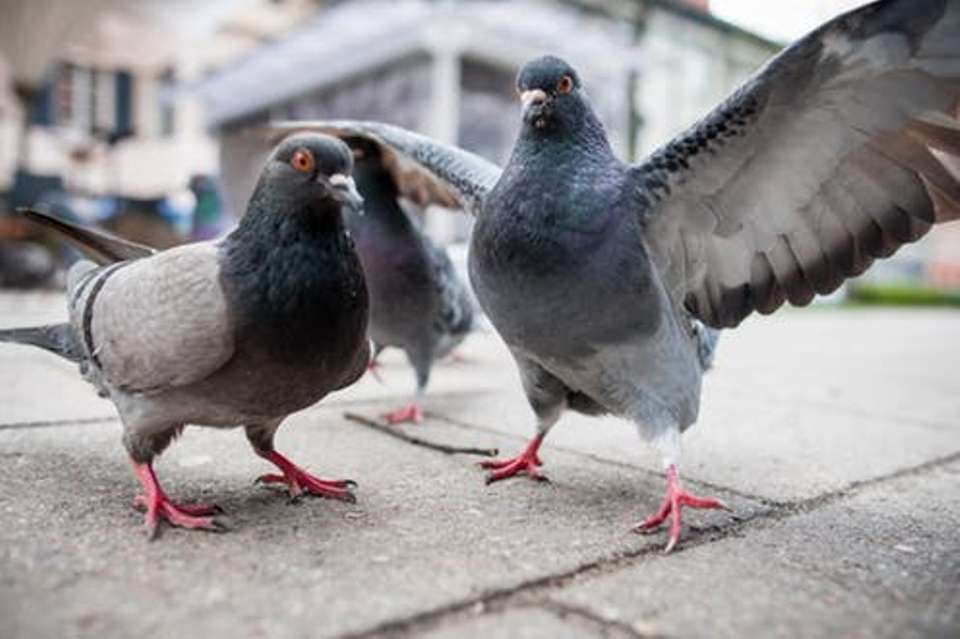 ILAM, Aug 28: The sudden deaths of pigeons around Maisthan temple and Ilam market in the last one month have left the locals shocked. They suspect that the pigeons might be suffering from a contagious disease, which might transfer to chicken and other poultry birds. According to the locals, over 100 pigeons have died due to some 'unknown disease'.

"In the beginning they look tired and weak. Then they lose appetite. Even if they eat something, they just vomit it out," said Sanjeev Bhattarai, a local from Maisthan temple area. "In the beginning a few pigeons seemed to be affected but in one month the disease has spread to a lot of pigeons," he added.

With the spread of disease, locals started noticing the dead bodies of pigeons around their house including in the terrace and balcony. Some dead pigeons were seen on the roads.

"Many died in just a few days. The disease seems to be deadly. We don't know whether it spreads to other bird species or not," stated Bhattarai.

When pigeons are affected they are found surrounded by flies. Around 15 to 20 flies surround one pigeon, according to the locals. Pigeons are dying in great numbers due to lack of intervention.

Shobhi Mukhiya, a local of Ilam marketplace, sounded quite alarmed about the situation. “Who knows it could affect humans too," he noted.

Meanwhile, an official at Ilam Municipality stated that samples have been collected and sent to lab for identifying the disease. Due action will be taken as soon as the report comes out, he said.

"We are also worried. We have been feeding the pigeons with medicines and even sprayed their nests. Similarly, proper diet is being supplied to them," said Ram Kumar Shah, an official at the municipal office.

According to him, clean drinking water and organic grains are being provided to the birds.

Dr Sanjay Dhungana at the District Animal Husbandry Office meanwhile stated that the disease does not seem to be contagious.

"Initial tests have shown that it is not likely to spread to chicken or any other species. However, we are yet to confirm which disease is it," he said.

The samples were sent to a regional laboratory. Some samples have been sent to Kathmandu for further diagnosis.

Dr Dungana suspects that low quality food and dirty water might have triggered the deaths of the pigeons.

Maisthan Temple Committee takes care of the pigeons while the visitors are free to feed them as they please.

"We are not sure how many pigeons are there in this area, but in the morning when they fly together, they cover the entire Ilam market. It's quite phenomenal!" remarked a former secretary of the committee. He added that the locals and visitors are free to feed the birds.