KATHMANDU, June 11: A group of independent youths staged demonstration at Naxal in Kathmandu, on Thursday afternoon asking the government to scrap the Millennium Challenge Corporation (MCC) agreement signed with US government and expand the scope of Polymerase Chain Reaction tests (PCR) for coronavirus.

Police used force when a large number of demonstrators were chanting slogans against the government with placards reading "Disease or hunger?", "We don't need MCC; don't sell the country", "No transparency, no farsightedness, why is there always incompetency?” and “Sanitize the government."

Police personnel lobbed tear gas canisters and used water cannons against the demonstrators even though the protest was relatively peaceful.

The protest comes at a time when the Oli-led government has come under fire for failing to expand the scope of PCR tests for COVID-19.

The protestors urged the government to stop the Rapid Diagnostic Test questioning its reliability.

Meanwhile, the Metropolitan Police, Kathmandu, said that they were forced to intervene because the protestors violated the lockdown orders and entered the restricted area announced by the Kathmandu District Administration. 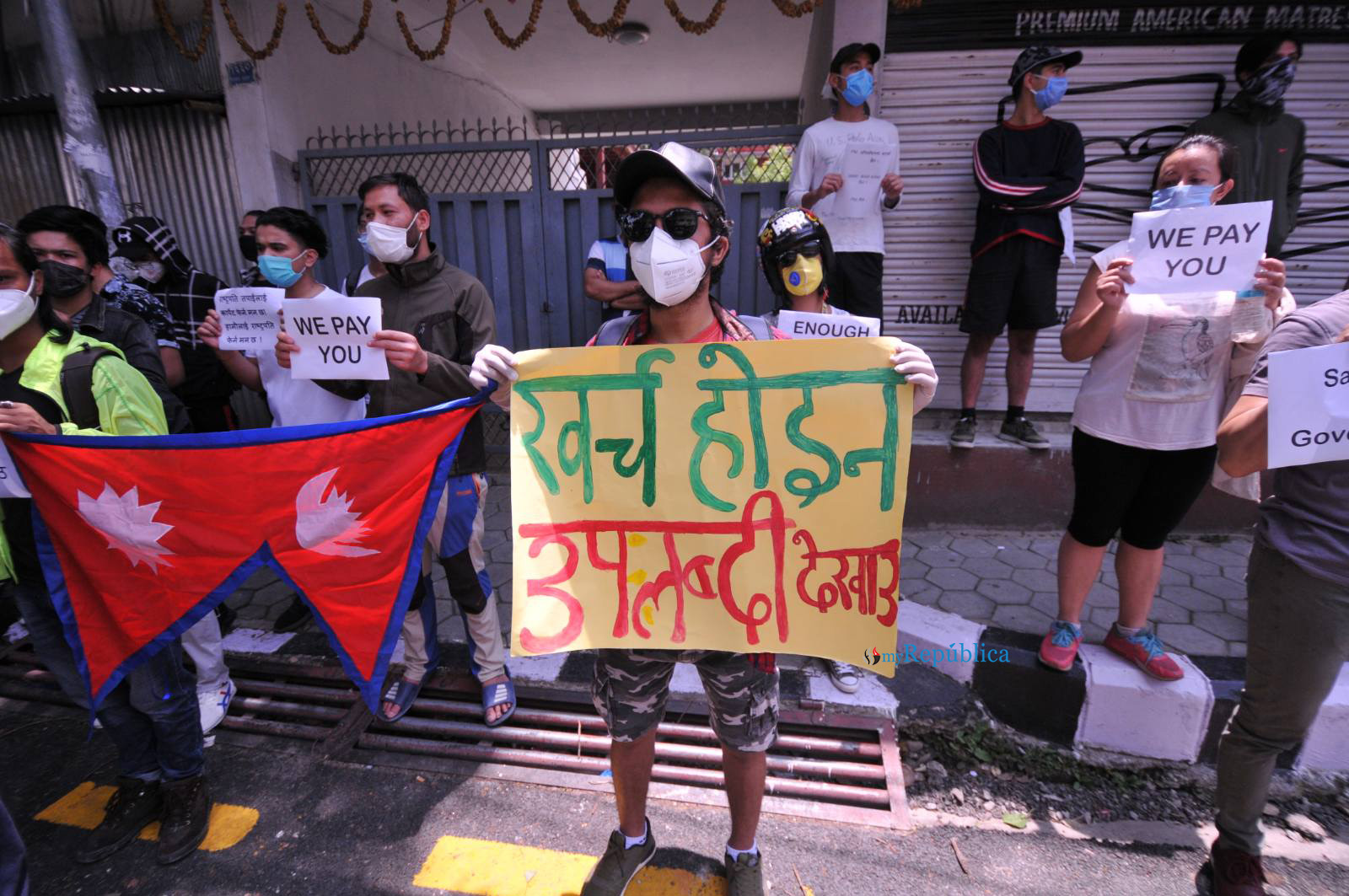 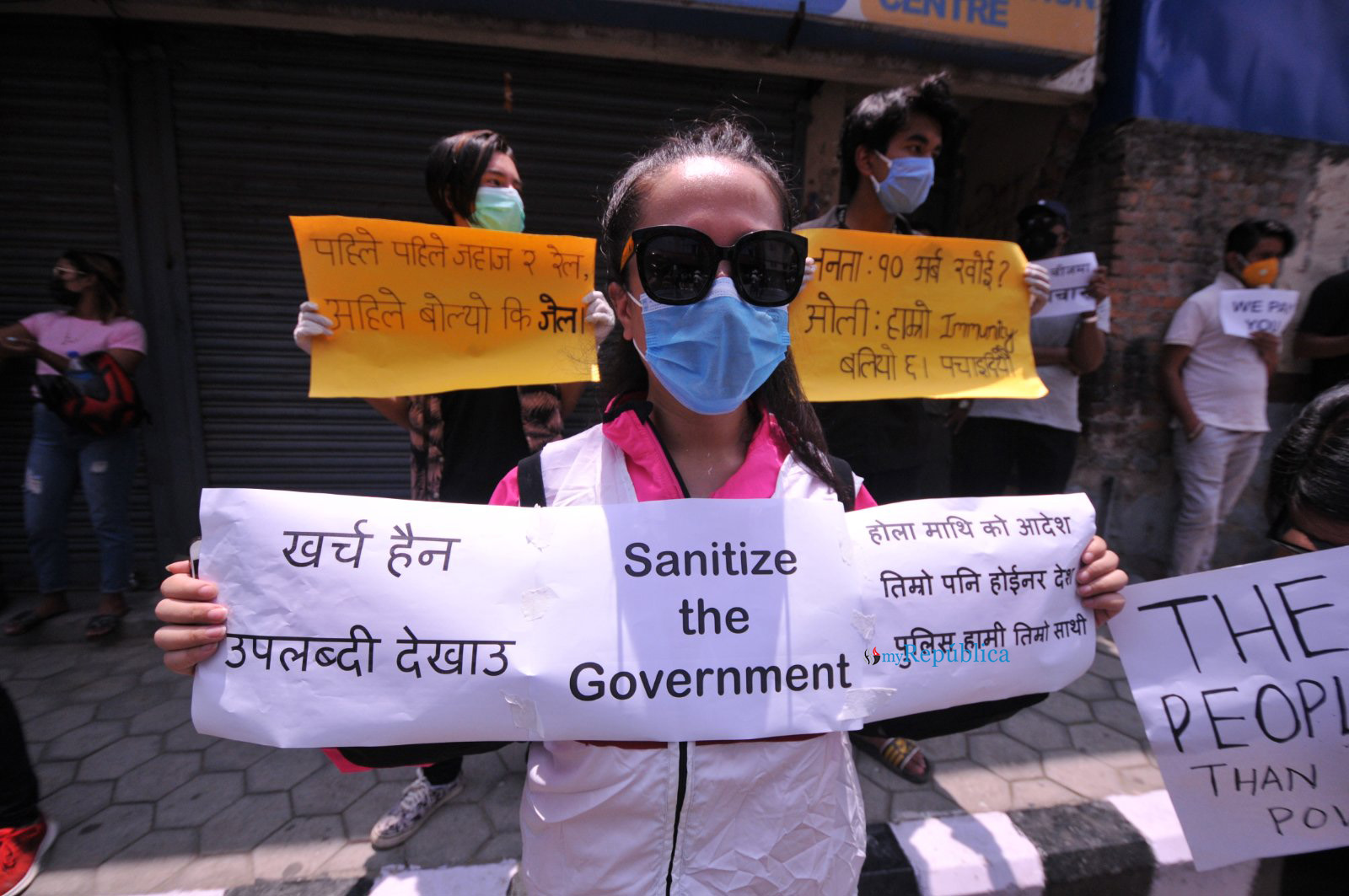 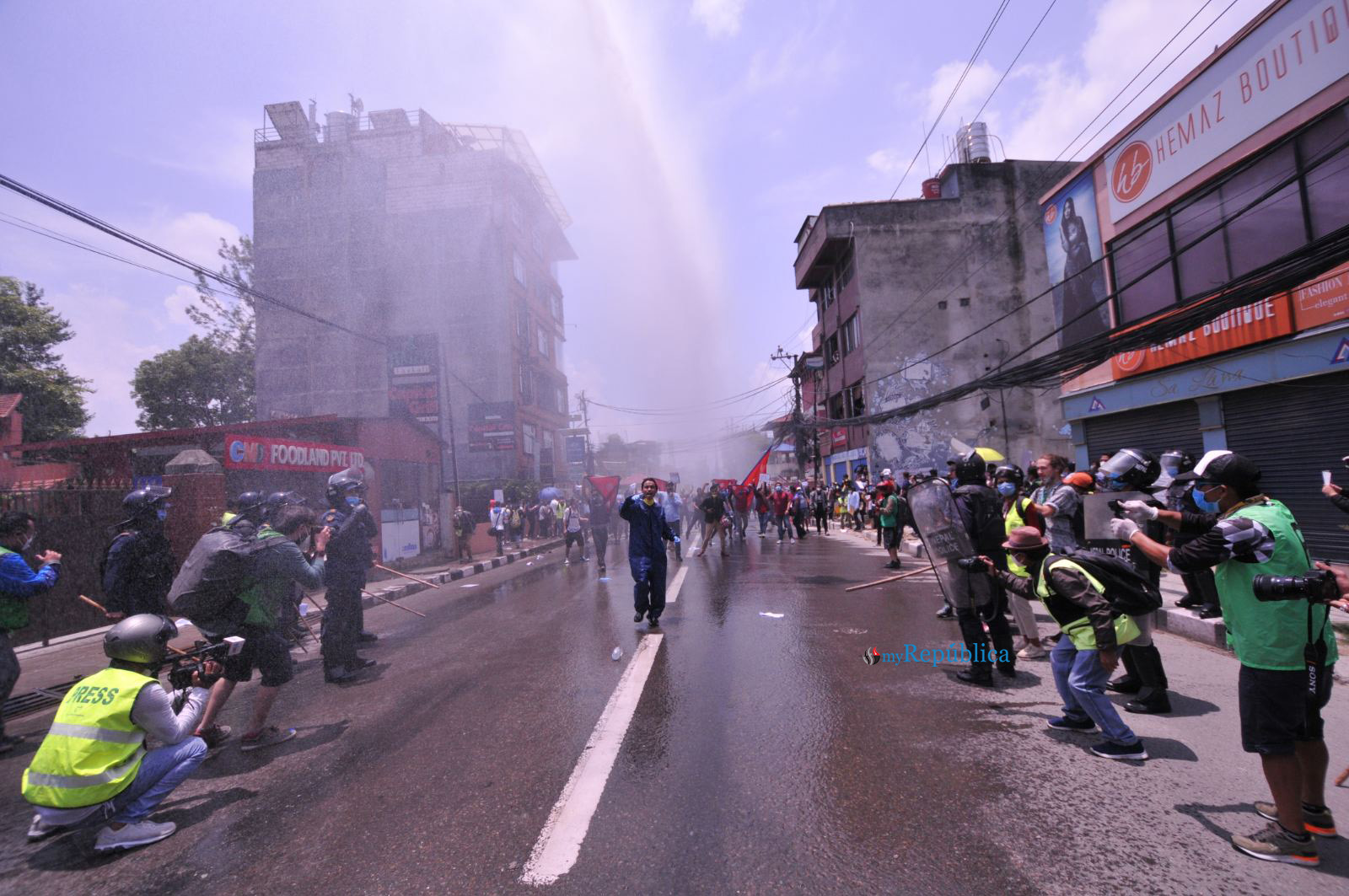 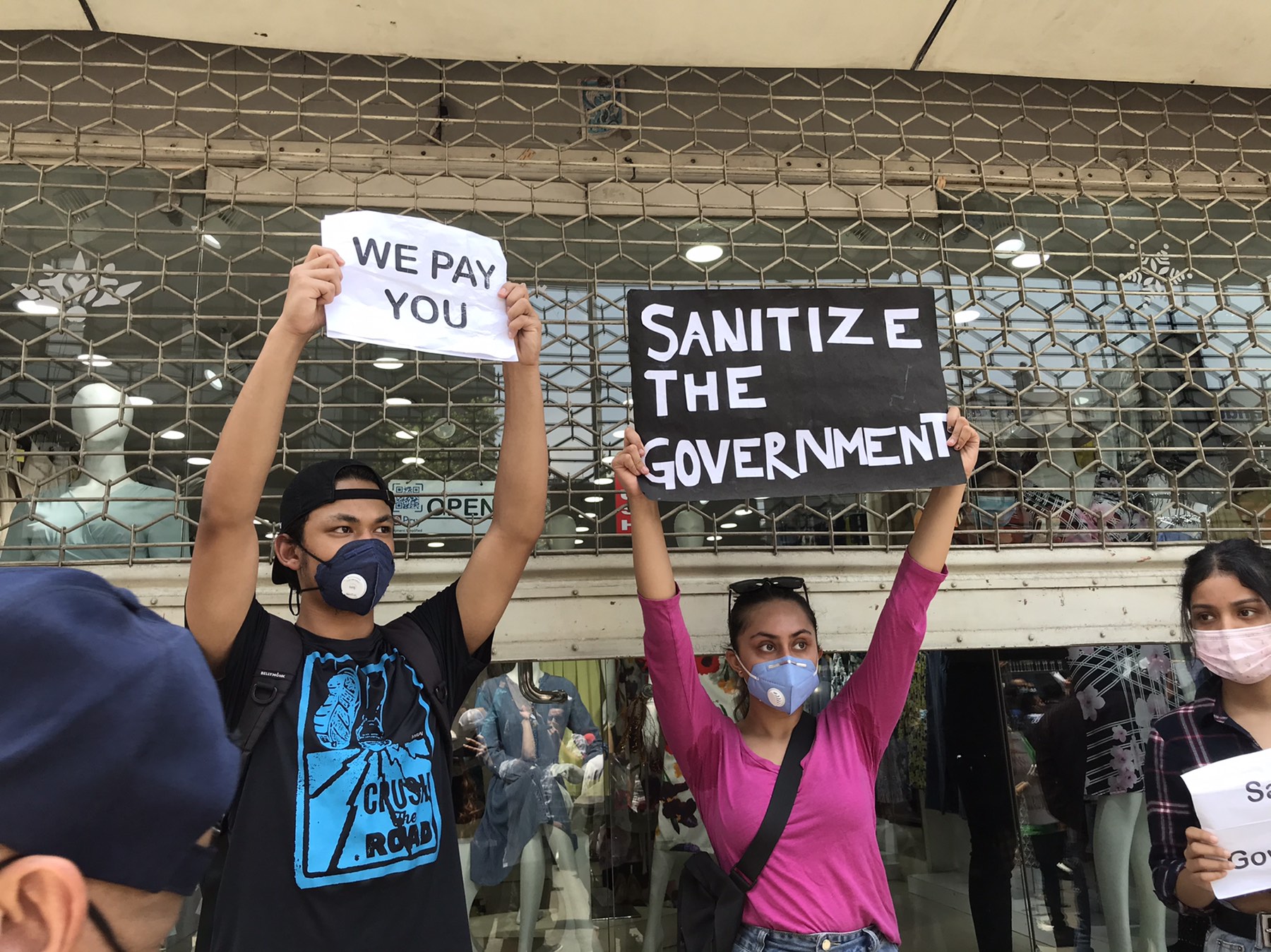 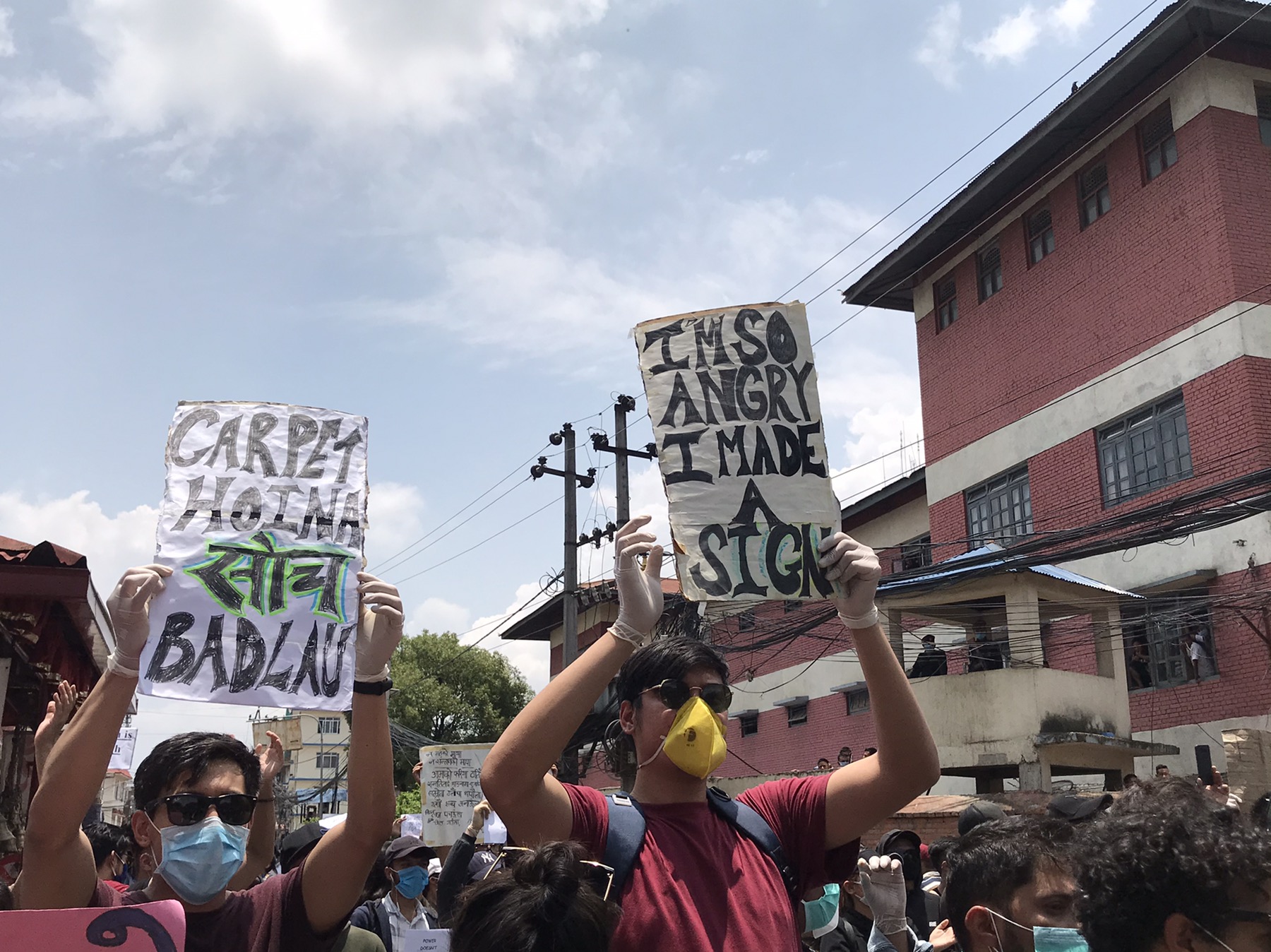 UML begins its demonstration against inflation

KATHMANDU, Feb 16: The Kathmandu Metropolitan City witnessed another tense day on Wednesday after agitators protesting against the ratification of... Read More...