Photo courtesy: Birds 3 Project. This photo was taken when the satellite was over Japan. It shows beautiful clouds and the horizon.

The satellite that went into Earth orbit on June 17 made the photos public via the website and social media under the United Nations Federation BIRDS 3 Project.

Hariram Shrestha, one of the scientists involved in launching the satellite, informed that photos captured by the satellites of Sri Lanka and Nepal were sent to the National Academy of Science and Technology via email on Friday.

“The first picture captures the sun while the other shows clouds drifting in the sky over Japan. Of the six photos captured, three are of the sun and the rest are of Earth,” said Shrestha.

He further informed that the satellite is carrying out four other technical testings besides capturing the photos. “Since the BIRDS 3 and 4 Project is worked on by many other divisions, it was hard to take any additional pictures,” he added.

The photos released could be useful for PhD scholars, researchers, geologists, meteorologists and hydrologists. “It takes almost a week for a photograph to develop after directions for capturing the photo are provided. The work is quite challenging after bad weather conditions in Japan,” explained Shrestha.

Technical tests on camera mission, universal gravitation and Laura mission are been conducted through the satellite. It orbits at a height of up to 420 km and takes 90 minutes to make one orbit around Earth.

Nepali scientists Aabhas Maskey and Hariram Shrestha, who are with the Japanese Kyushu Institute of Technology, developed the satellite under the institute's BIRDS project in collaboration with Nepal Academy of Science and Technology. 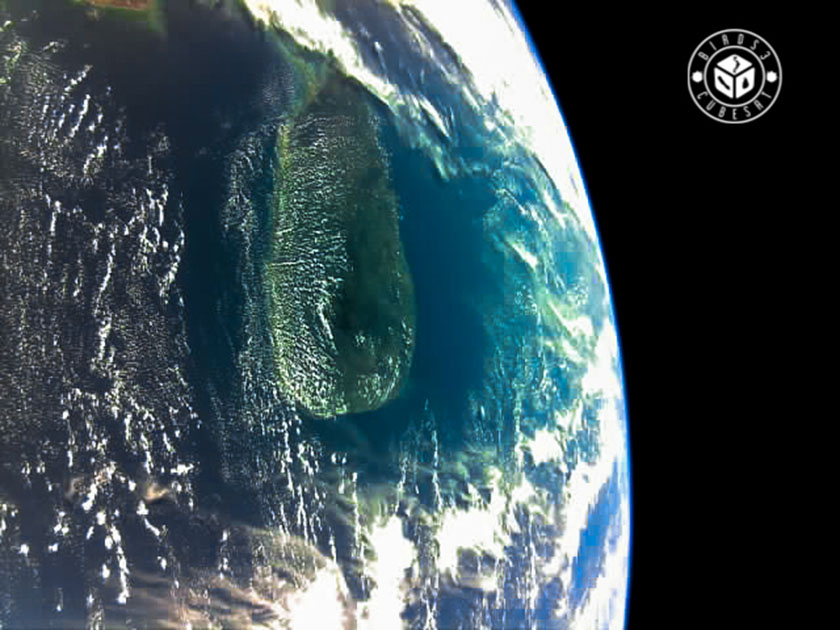 Bijayabar Pradhan grew up in Thamel. And that meant he was more outdoors than indoors. Add to that the innate... Read More...