KATHMANDU, May 18: Nepal Army (NA) has started inspection at various parts of the capital city to check the misuse of army uniform during the ongoing lockdown enforced to contain the spread of coronavirus (COVID-19).

Military Police in coordination with the traffic police started checking those travelling in military uniforms to ensure that they are its service members, according to the army’s Public Relations Directorate.

The move comes after the army received a number of complaints that its combat dress was being misused by ordinary people to roam freely in the city even during the lockdown period. Police personnel do not normally check those travelling in military uniform.

Military police personnel have been mobilized alongside traffic police personnel in New Baneshwar, Maharajgunj, Kalimati and Thapathali areas starting Sunday. They will, however, check and interrogate only those wearing combat dresses to ensure that they are serving military personnel.

Meanwhile, the military police personnel on Sunday arrested a person after he was found wearing a military uniform to travel freely in the street. The arrestee has been identified as Sushil Khadka of Dolakha district. Preliminary Investigation has revealed that he runs a hotel in Bansbari area in the capital. He is currently under control of the military police.

Here are some of the photos taken by our photojournalist Dipesh Shrestha on Sunday afternoon. 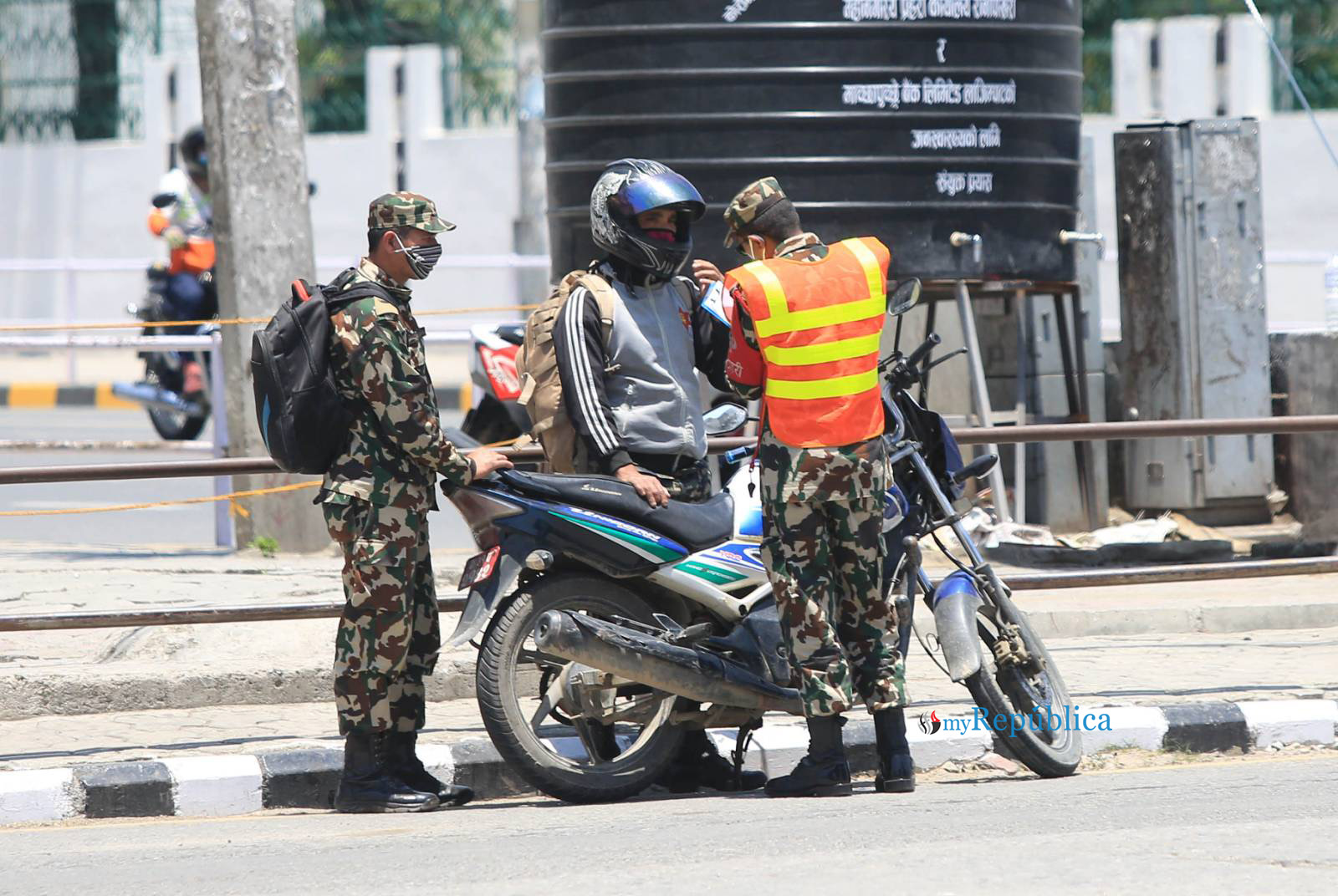 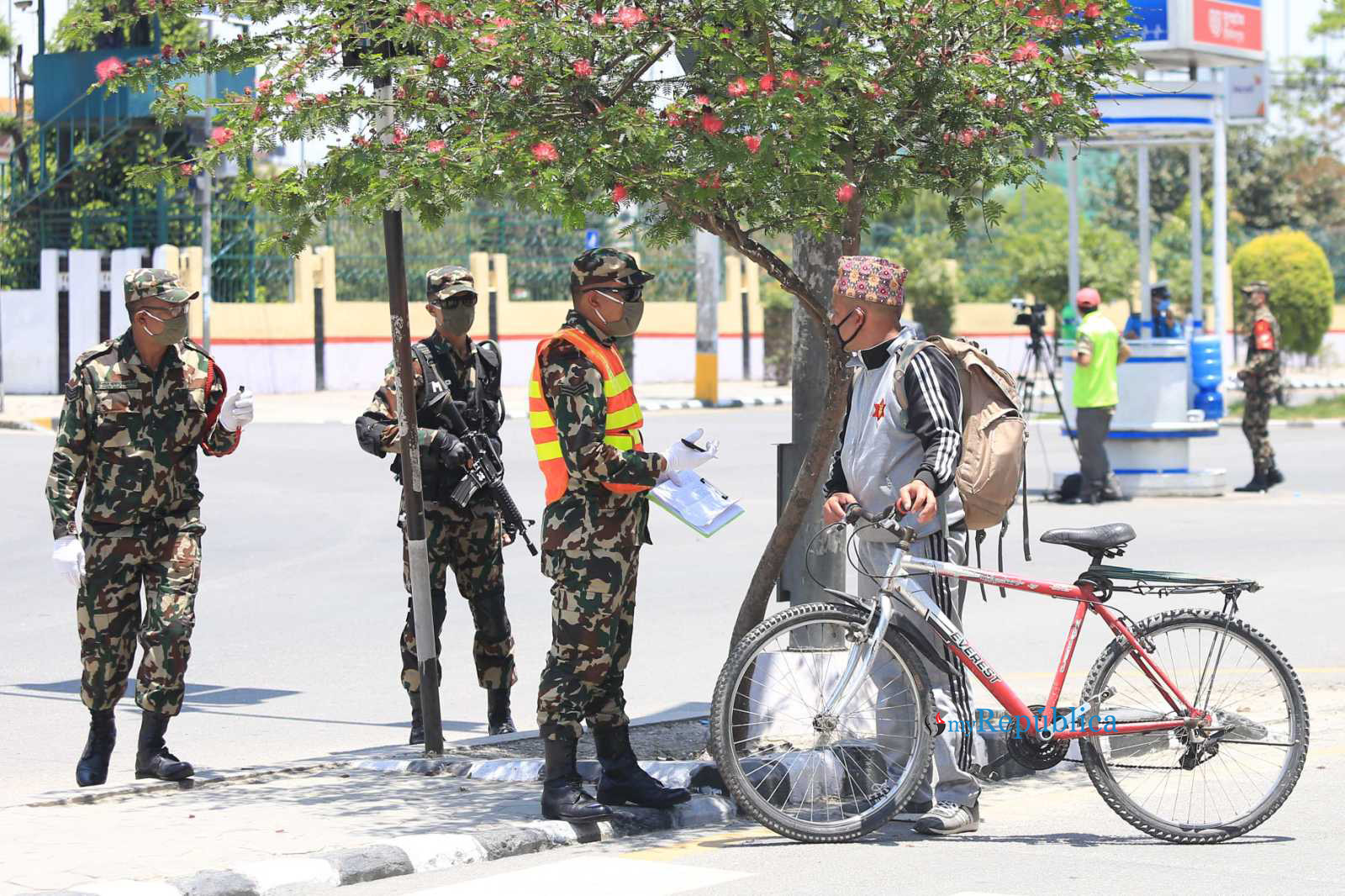 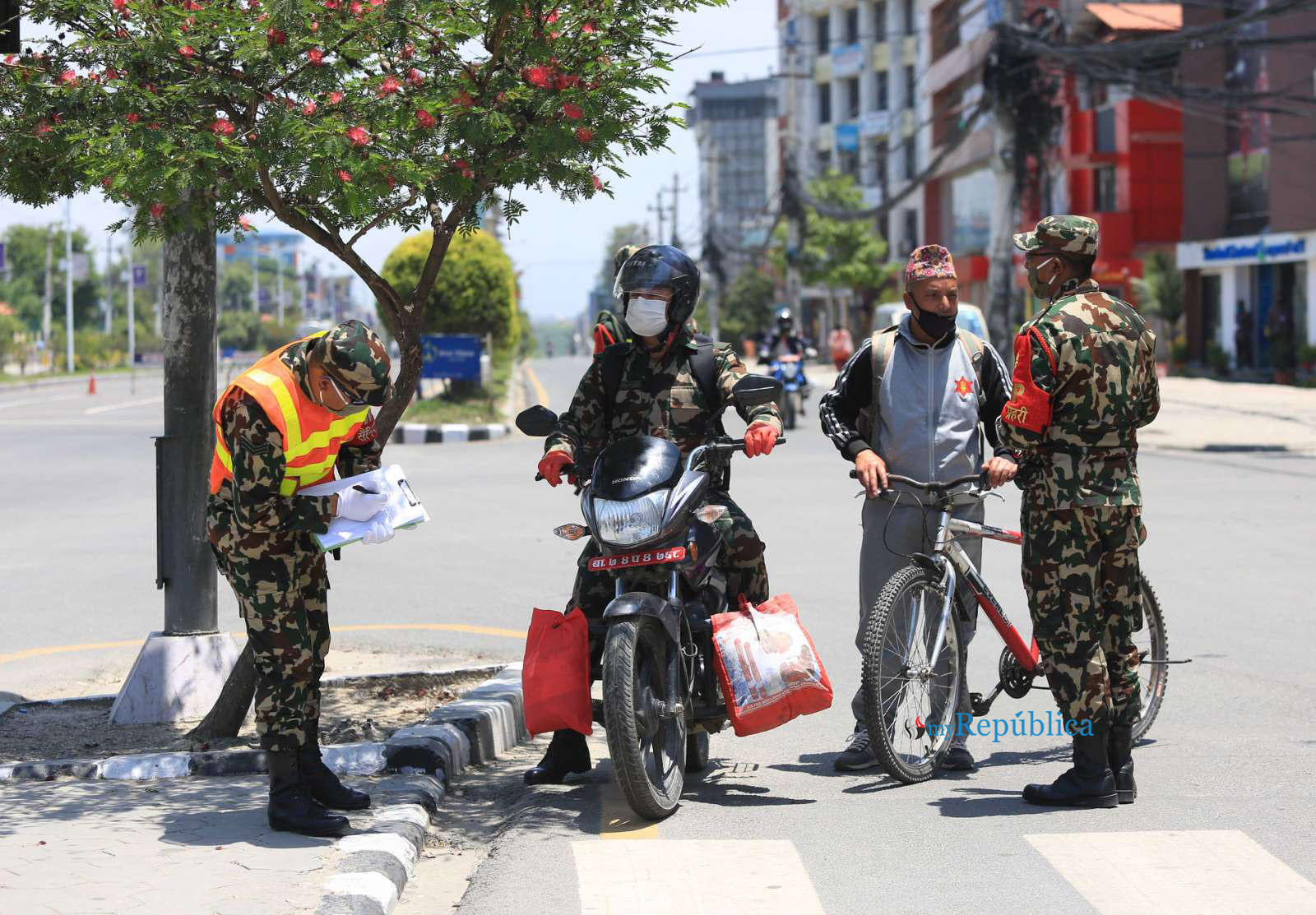 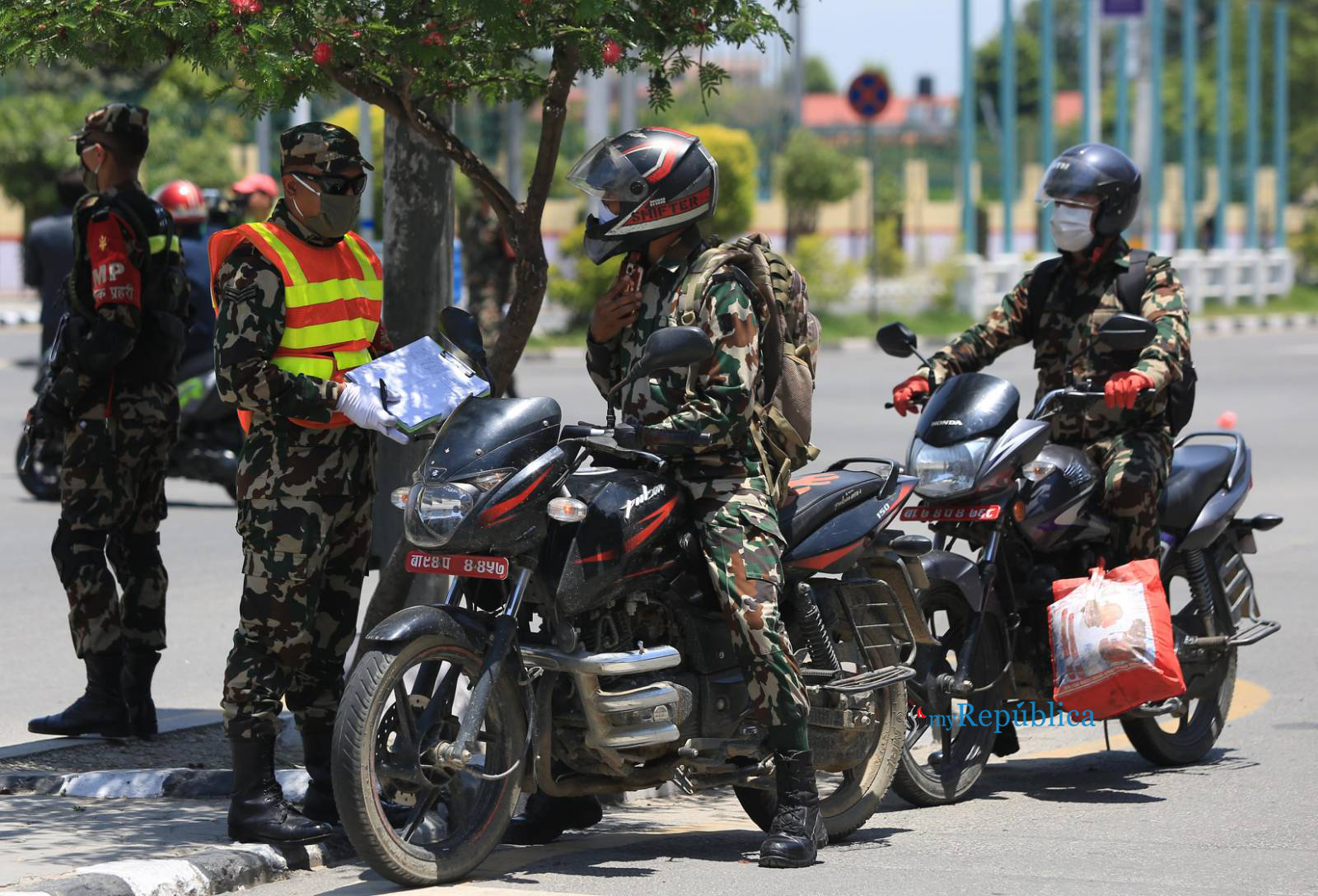 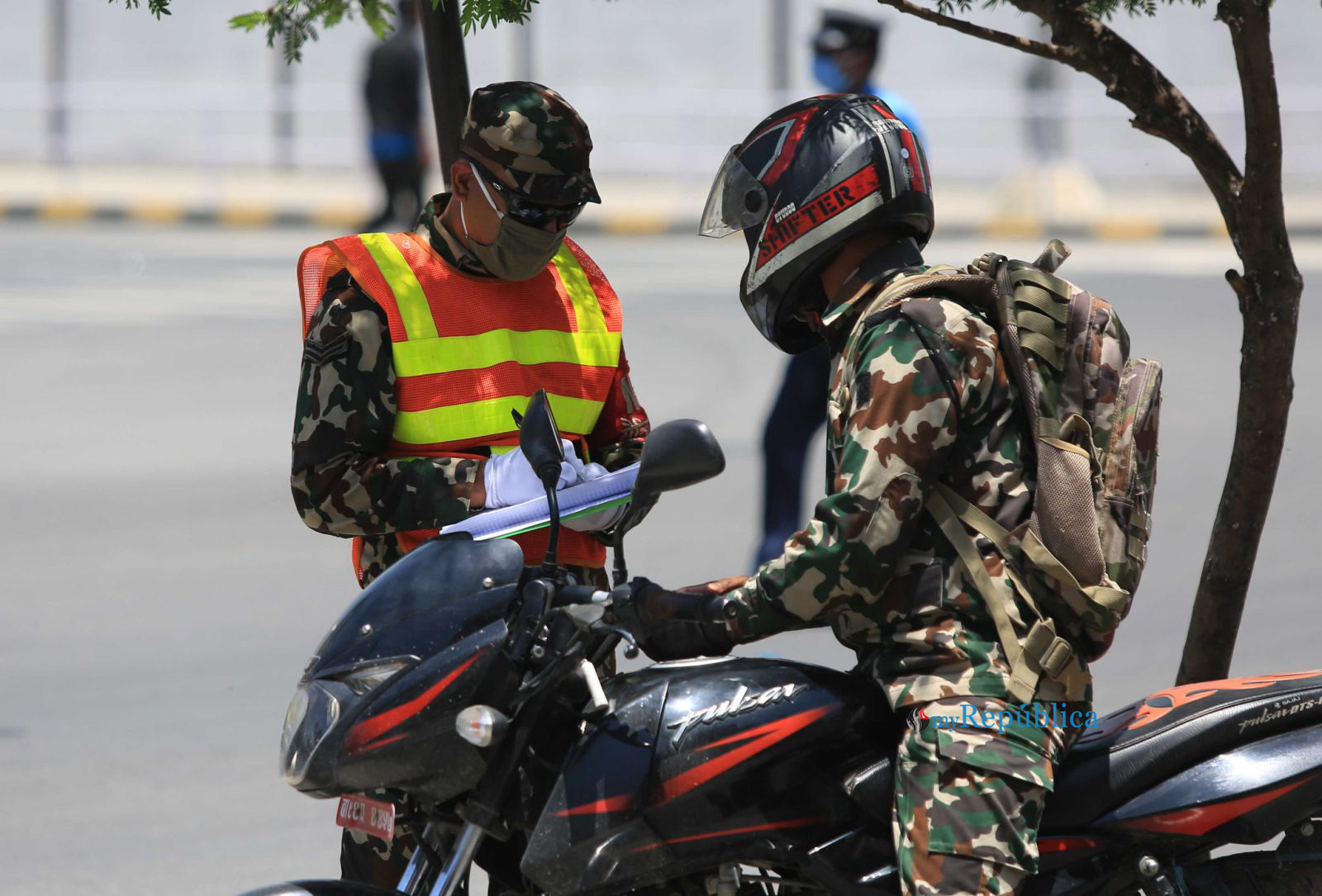 KATHMANDU, May 3: Ten more coronavirus cases have been confirmed in Nepal on Sunday. ... Read More...

No penalty if electricity tariff settled till May 20

How Hukam derailed Nepal’s vaccine procurement: a story of power, greed and commission
21 hours ago