A huge crowd of people including media personalities can be seen outside the residence of late poet Ghimire. They are not allowed to enter the residence building keeping in view of the health risk posed by the COVID-19 pandemic..

Nepalis living at home and abroad have taken to various social media platforms to pay their homage to the late poet.

Ghimire, 101,  passed away on Tuesday at 5:55 pm at his residence in Lainchaur. He had been receiving medical treatment at his residence upon his desire for the last four months. He was suffering from respiratory difficulties.

Ghimire was born on 23 September 1919 in a village named Pustun in Lamjung district in western Nepal. He is widely known as one of the pioneer figures in the Nepali literature for patriotic writings. ‘Gauri’, ‘Himawari Himalpaari’, ‘Malati Mangale’, ‘Rajeshwari’, ‘Shakuntala’, and ‘Aswathama’ are his most acclaimed works.

Apart from the literary works, Ghimire had also worked as co-editor of Gorkhapatra. He was also an Honorary Brigadier General of Nepal Army.

Here are some photos taken by Republica photojournalist Keshab Thoker on Tuesday evening. 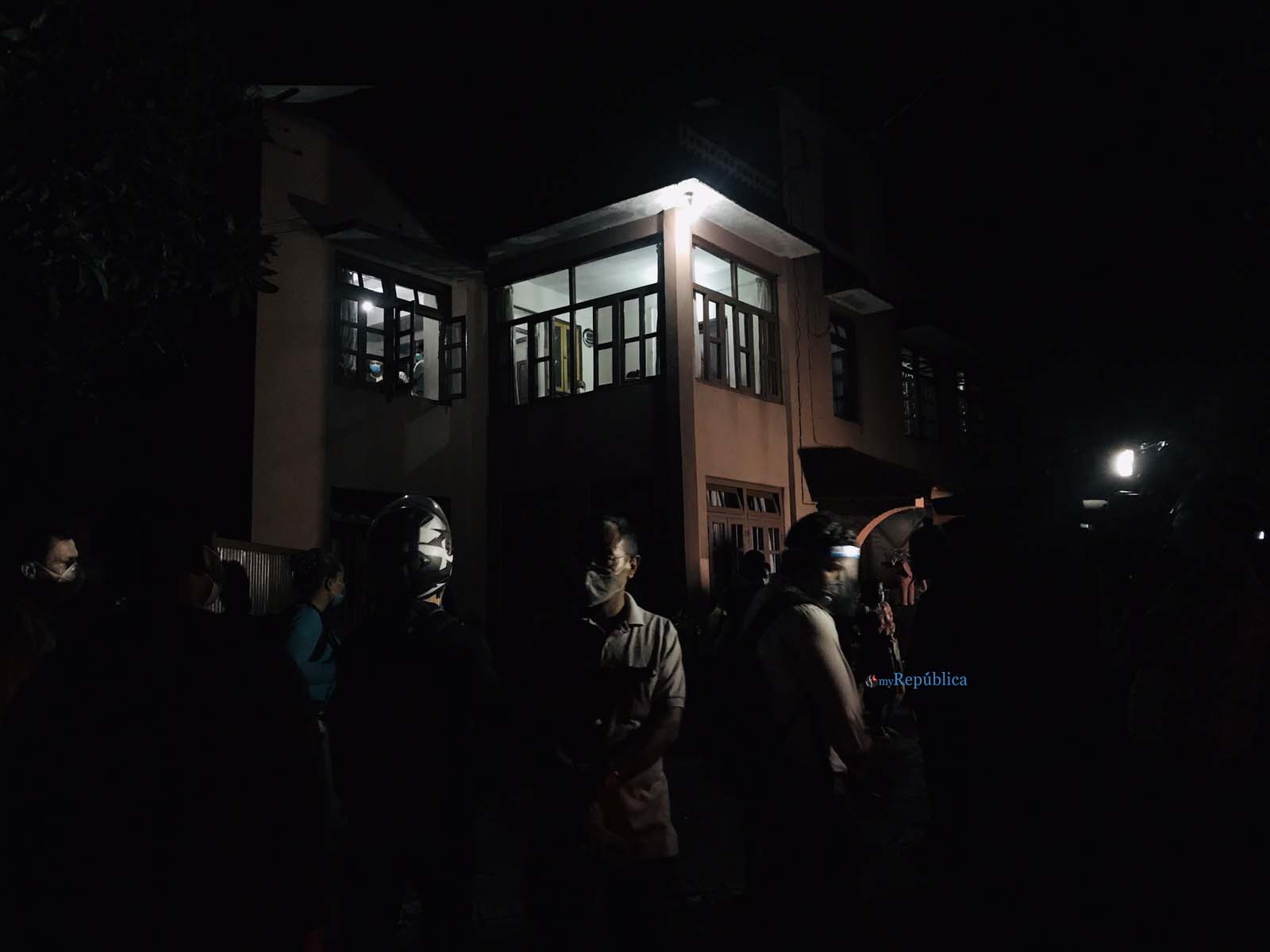 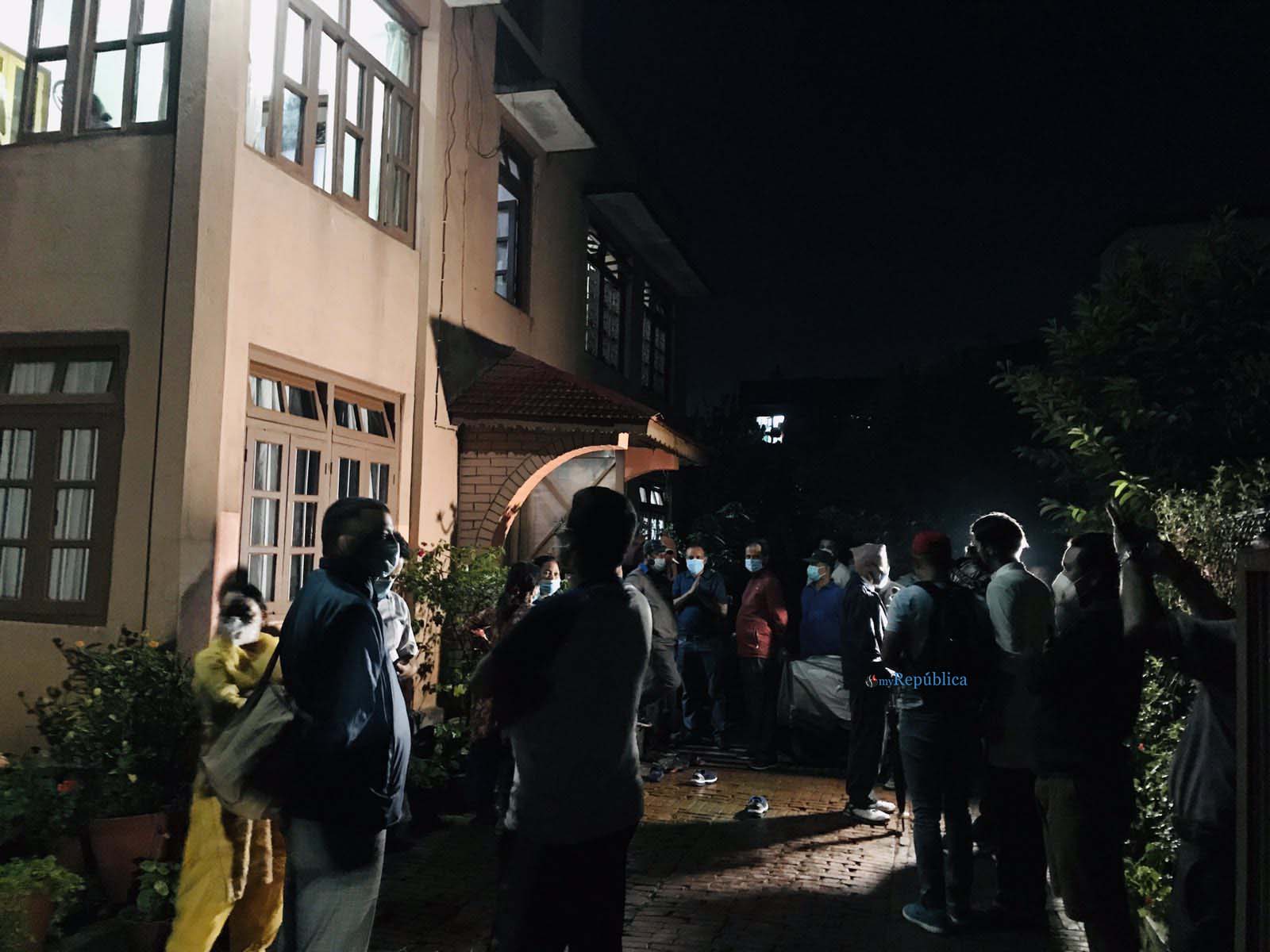 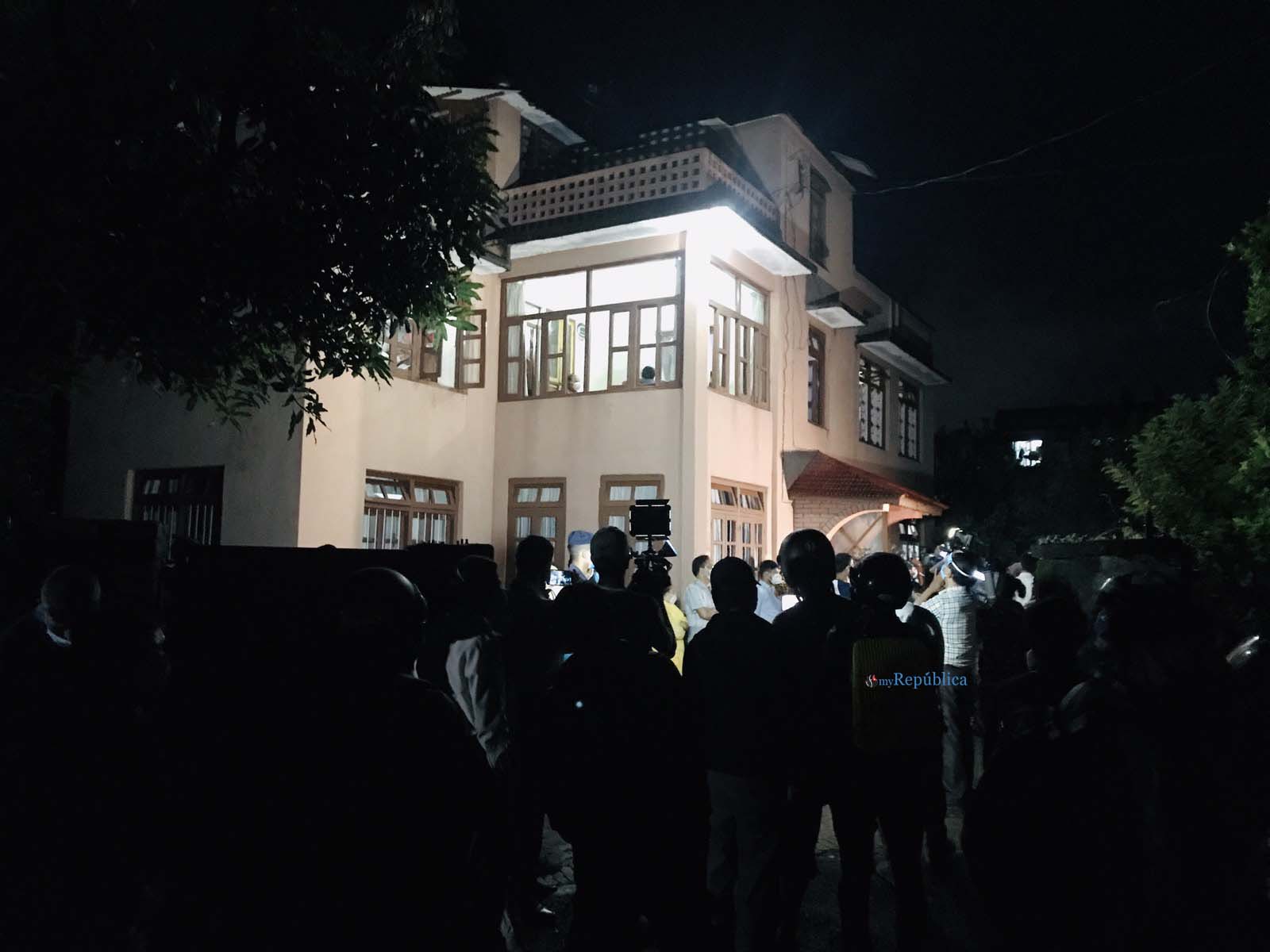