KATHMANDU, June 5: Cadres of ANNFSU affiliated to the Madhav Nepal-led faction of the ruling CPN-UML burned effigy of Prime Minister KP Sharma Oli and the newly-appointed Deputy Prime Minister and Minister for Urban Development Rajendra mahato at Baneshwor Chowk in the capital on Saturday.

They chanted strong slogans against Prime Minister Oli and Minister Mahato over Mahato’s controversial remarks. The protestors took to the streets to object to the recent remarks made by DPM Mahato after joined the Oli government on Friday evening.

Immediately after assuming the office, Mahato said that their party --- a faction of the Janata Samajbadi Party (JSP) ---- would continue a ‘movement’ to establish Nepal as a multi-nation state.

Leaders across political parties have taken a strong exception to the remarks made by Mahato. UML youth leader Yogesh Bhattarai asked Prime Minister Oli to instruct his ministers to be careful while making such statements.

Police arrested several protestors as they chanted slogans and demanded PM Oli step down from his position. Here are some photos taken by Monika Malla, a Republica photo journalist on Saturday evening. 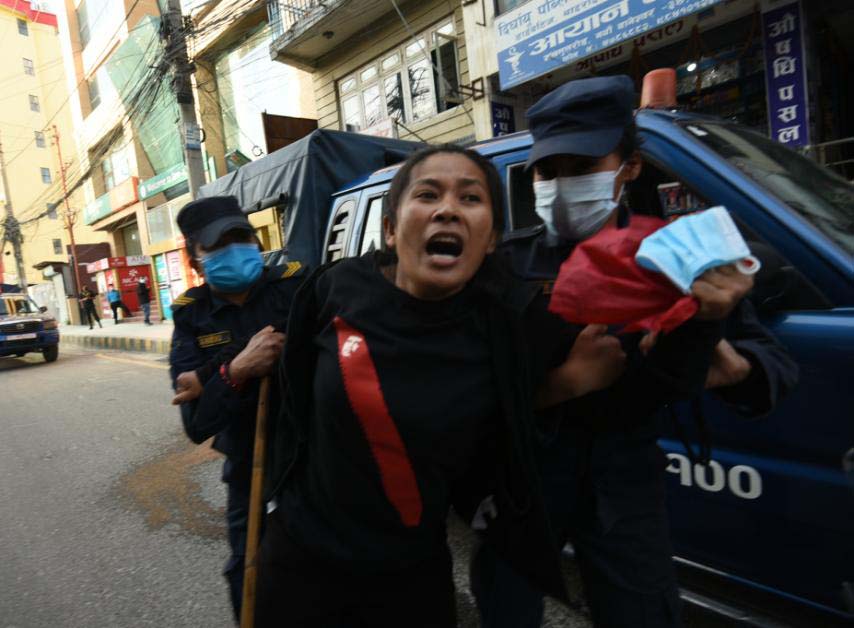 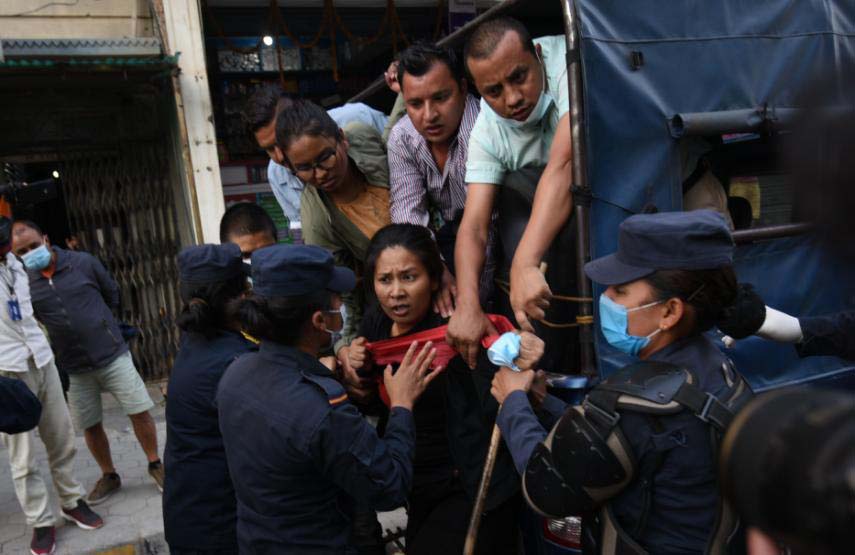 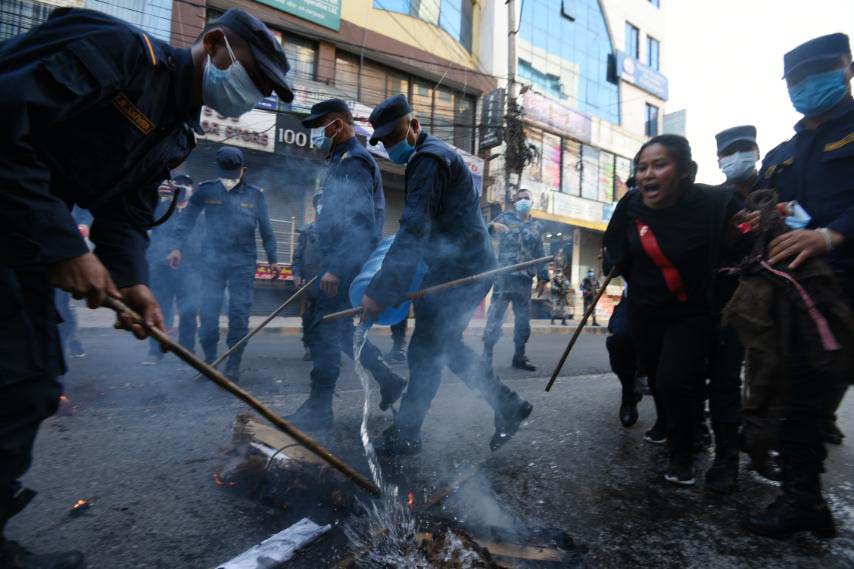 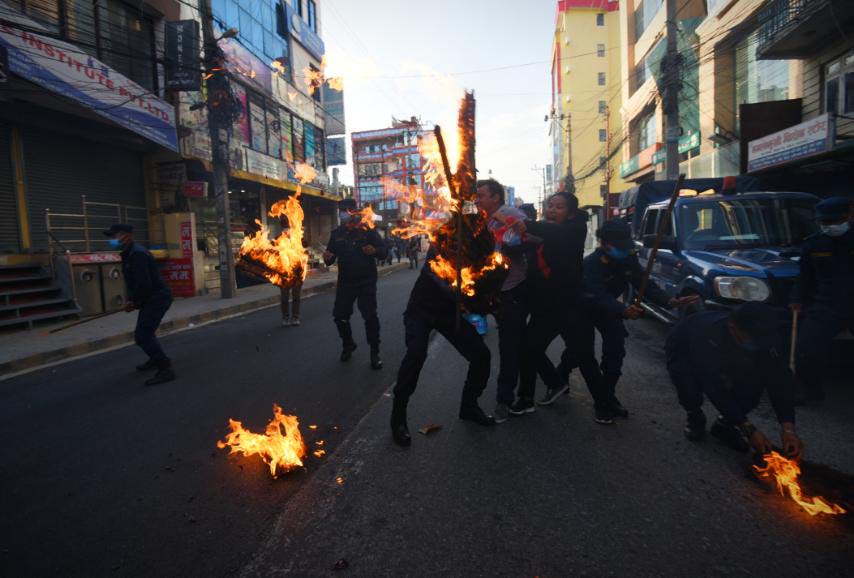 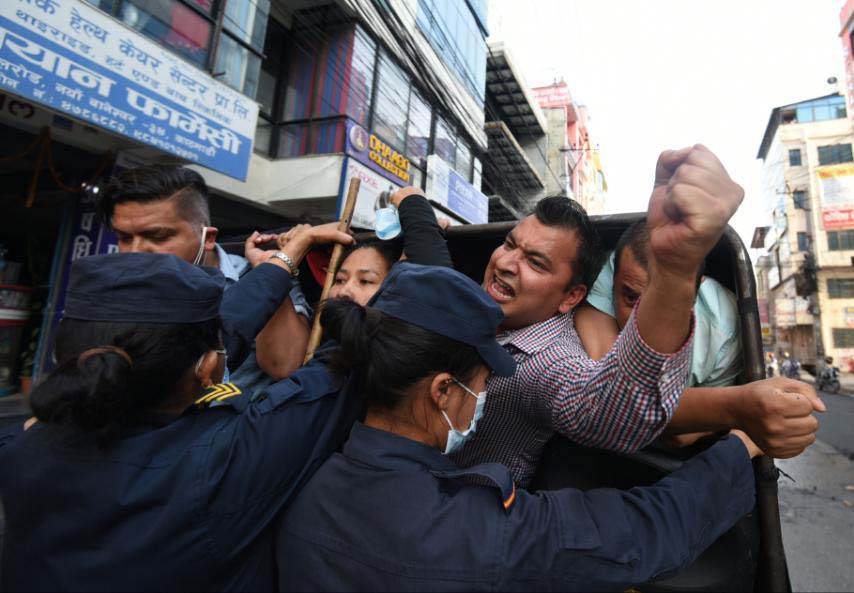 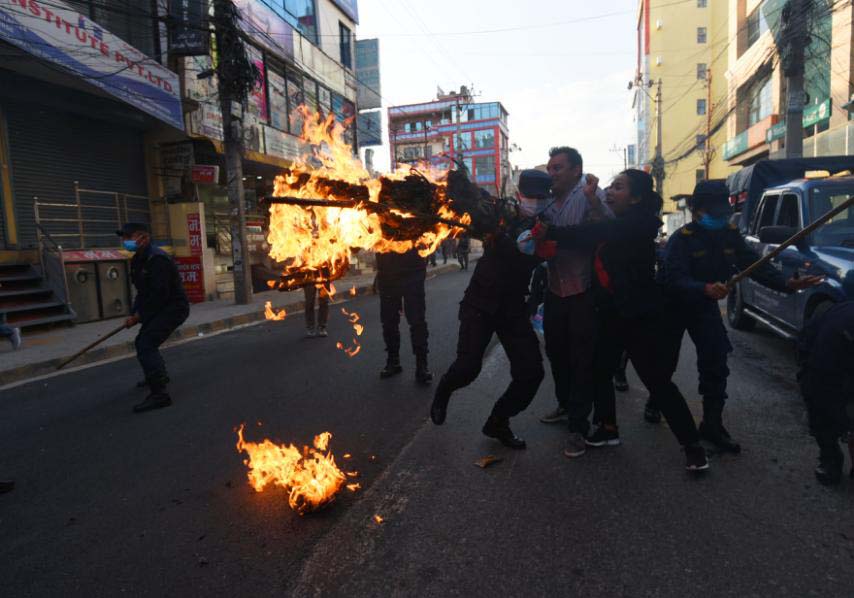 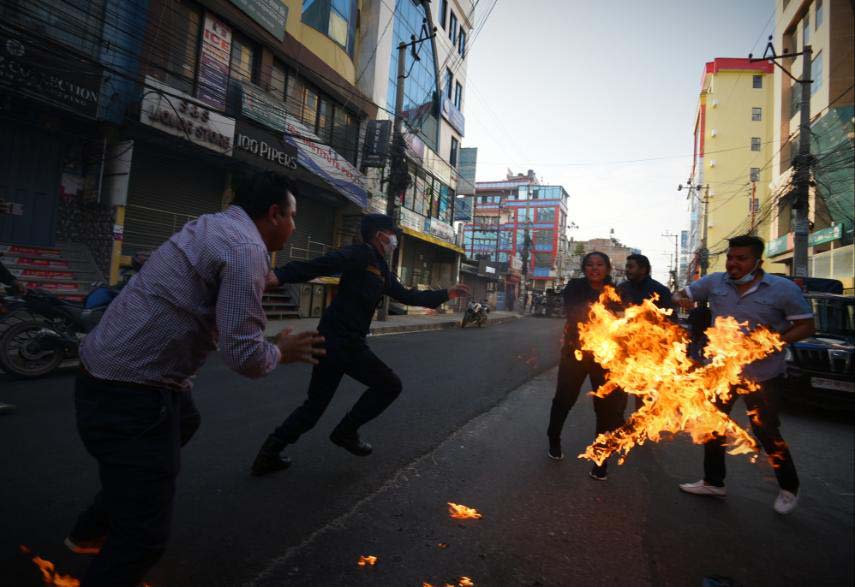 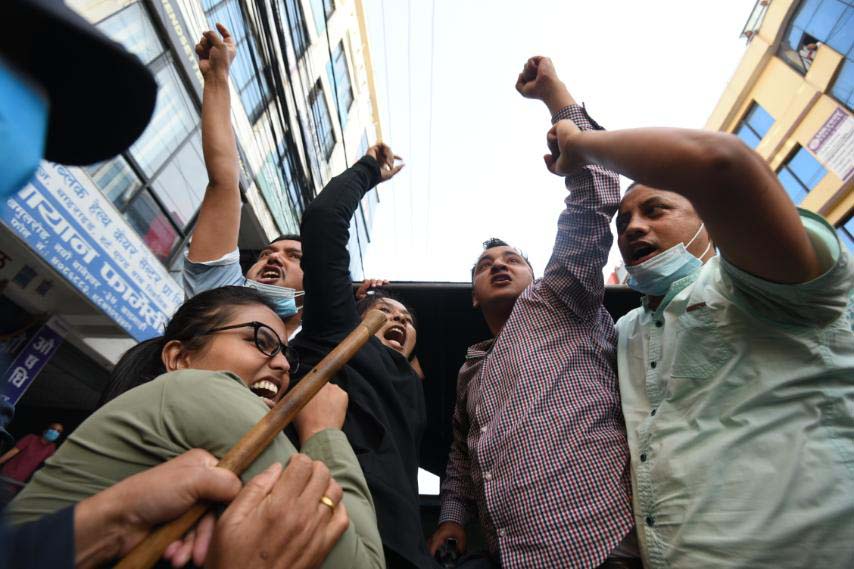 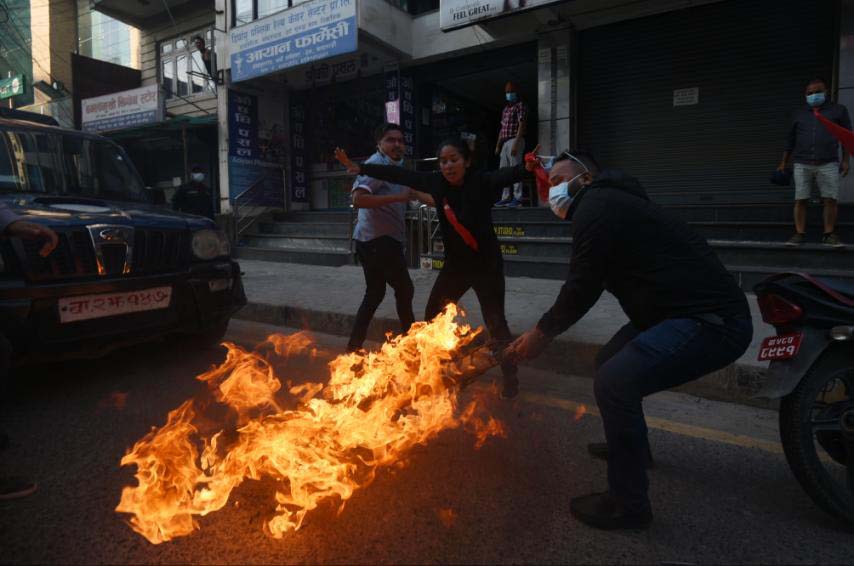 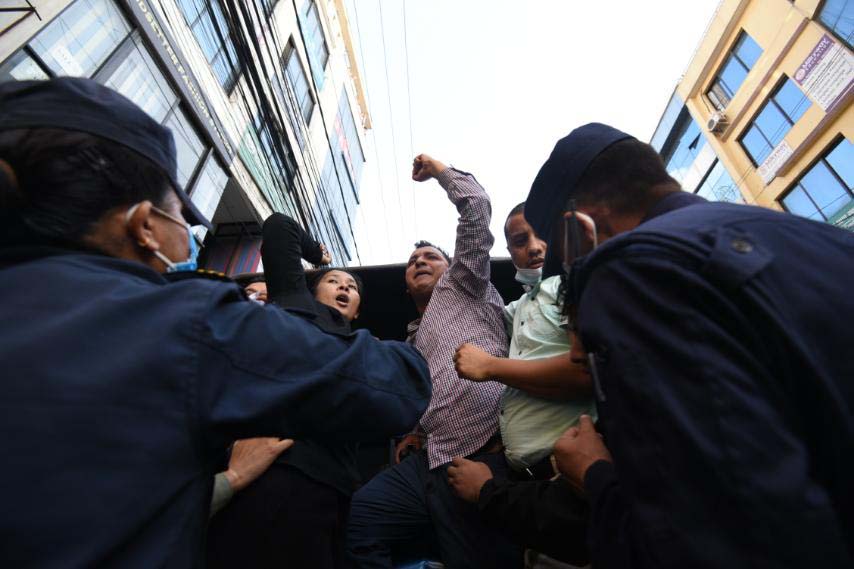 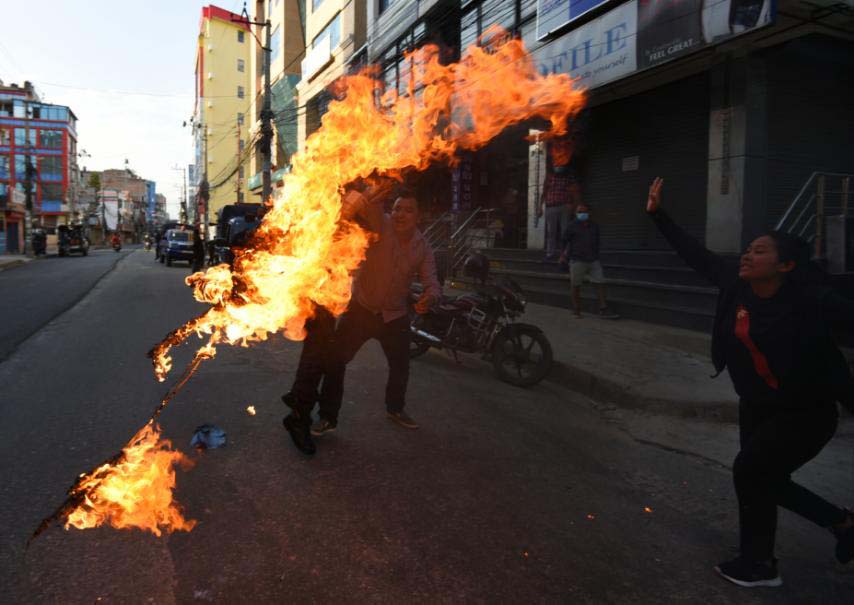 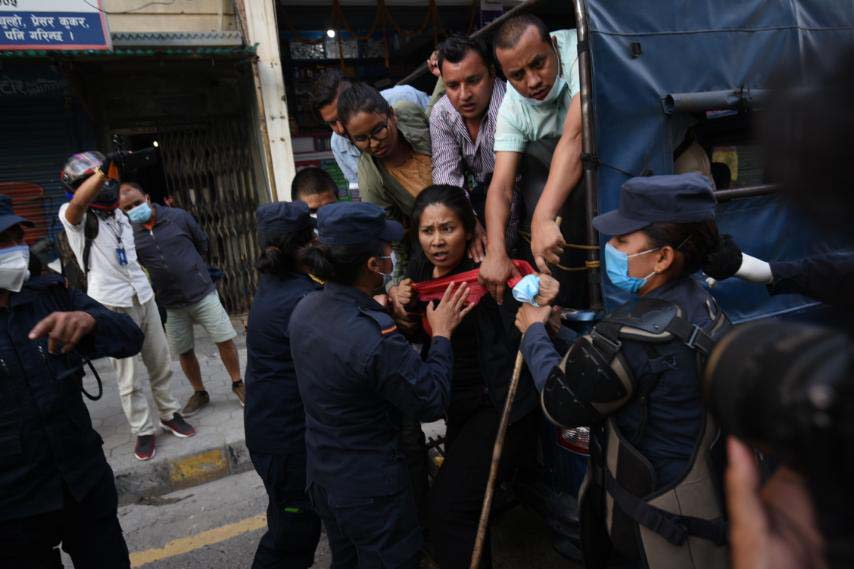 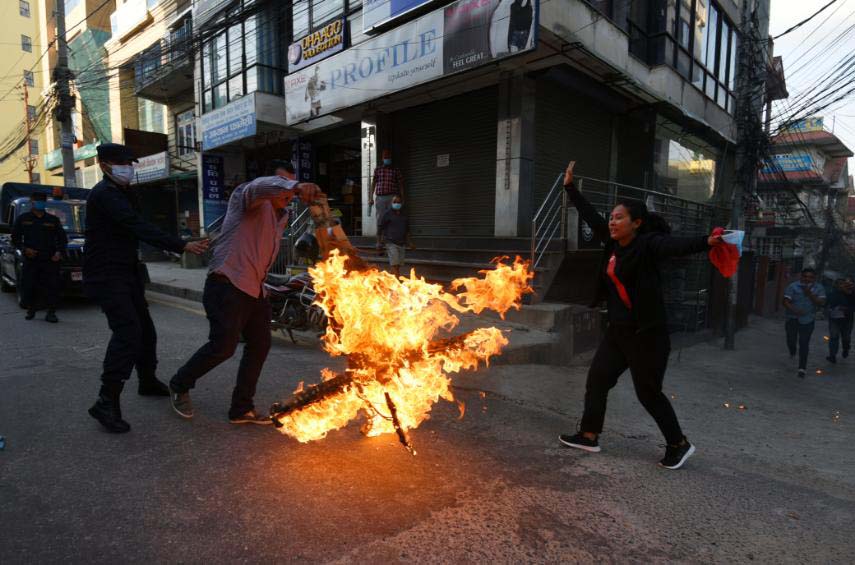 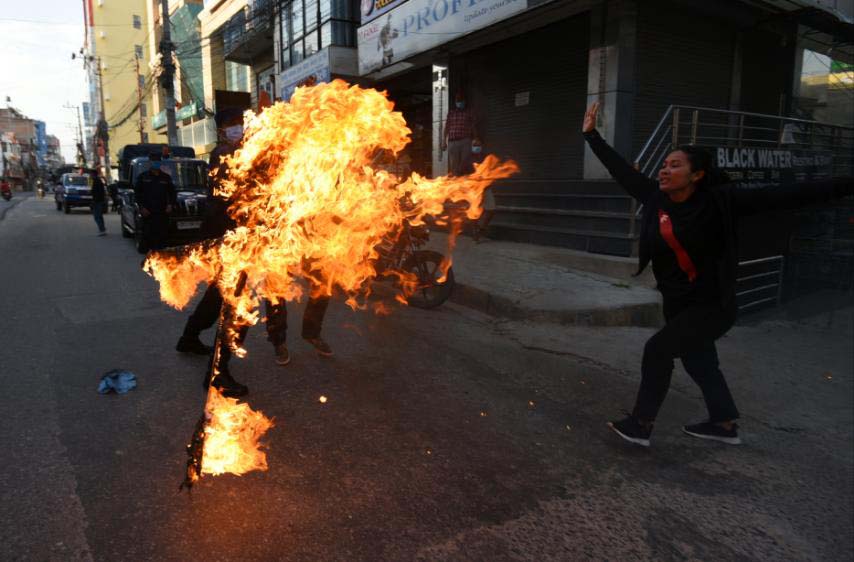