KATHMANDU, Jan 26: Student unions close to the Pushpa Kamal Dahal and Madhav Kumar Nepal led-faction of Nepal Communist Party (NCP) marched in the capital on Tuesday, blowing whistles while protesting against the dissolution of the House of Representatives (HoR).

Organizing the march, the party has launched the third phase of agitation against the dissolution of HoR.

Hundreds of student union protestors blew whistles as they marched from Lainchaur to Basantapur Durbar Square.

The Dahal-Nepal faction has been staging a series of protests and demonstrations following the dissolution of HoR by Prime Minister KP Sharma Oli led-government on Dec 20, 2020.

The party on Monday announced its third phase of agitation. The NCP faction is scheduled to organize a sit-in at Maitighar Mandala from January 26 to February 3, a public ceremony to pay homage to the martyrs on January 29, a youth march in Kathmandu on February 4 and a ‘torch march’ on February 8.

The party will also stage mass gatherings in Butwal, Pokhara and Dhangadhi on January 28, 29 and 30 respectively, according to the protest program unveiled by the faction on Monday. 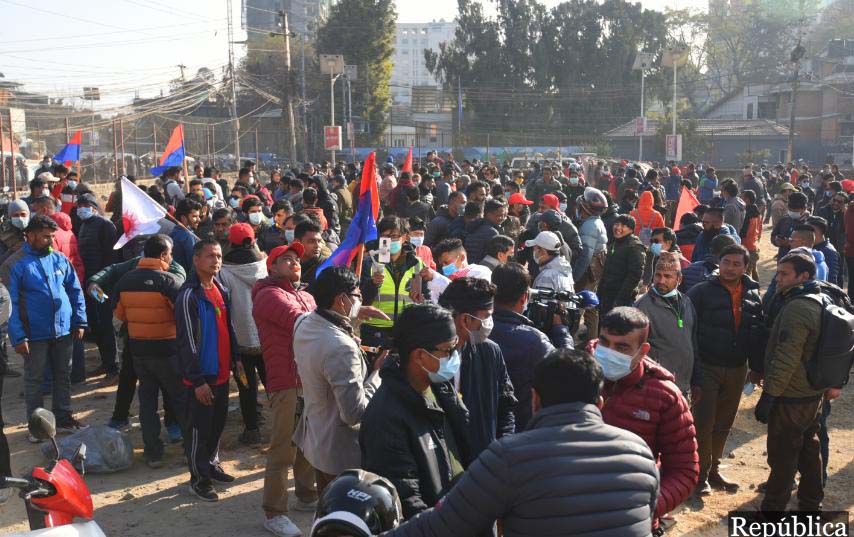 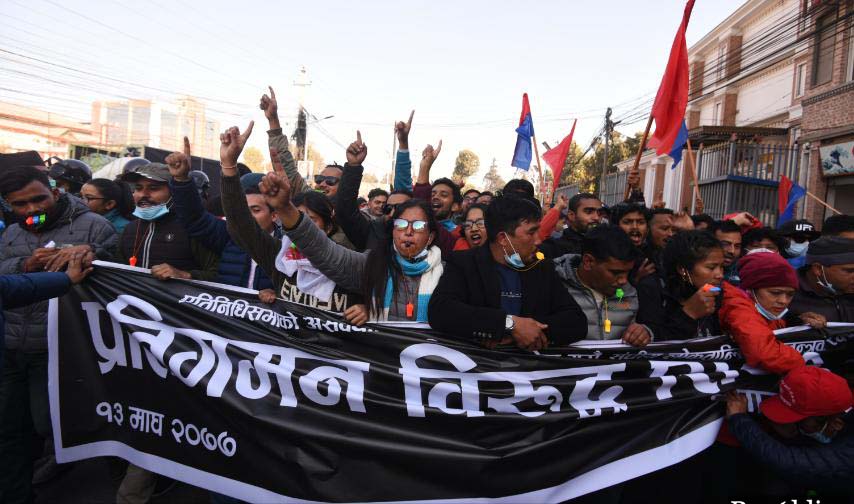 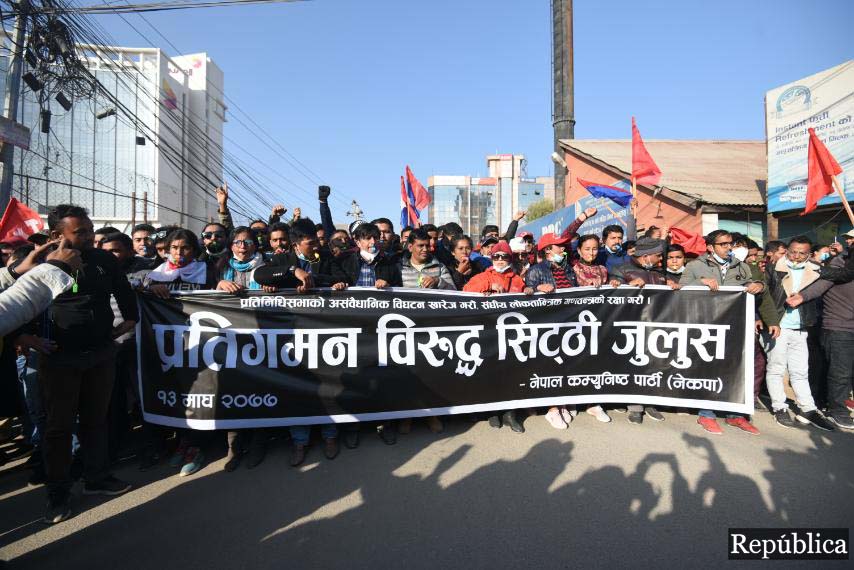 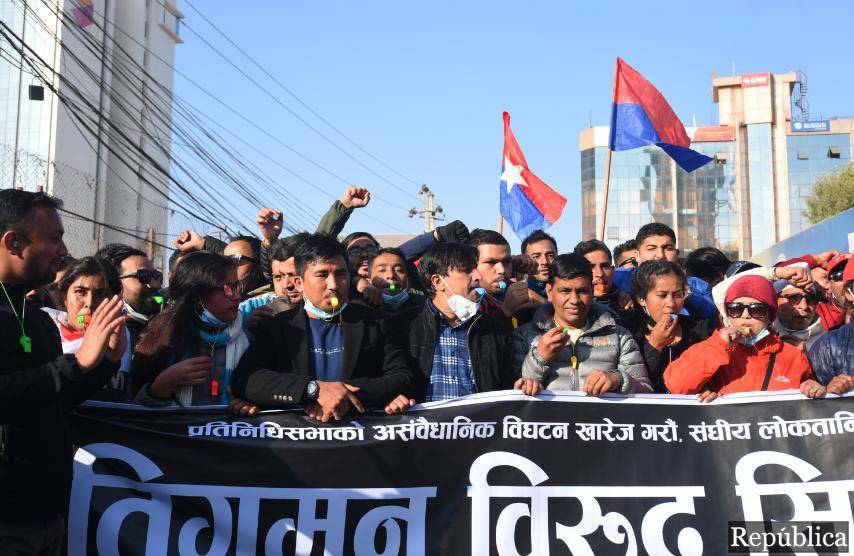 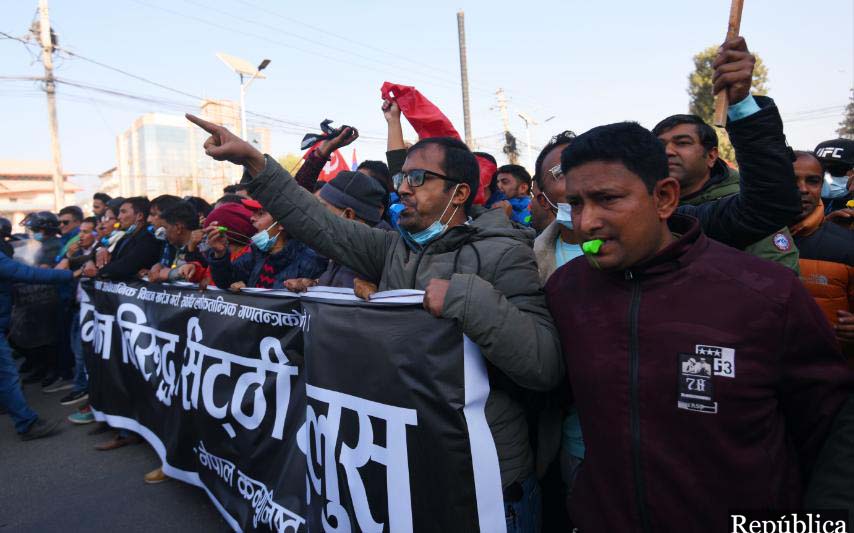 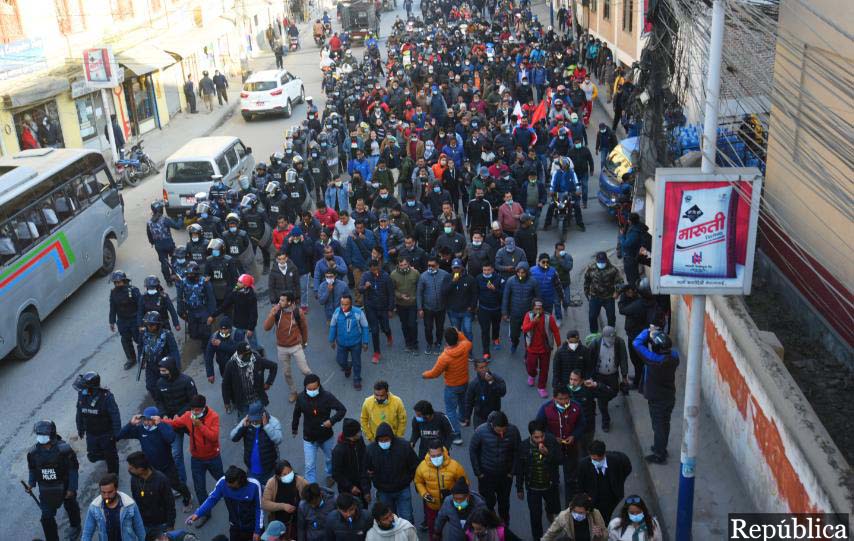 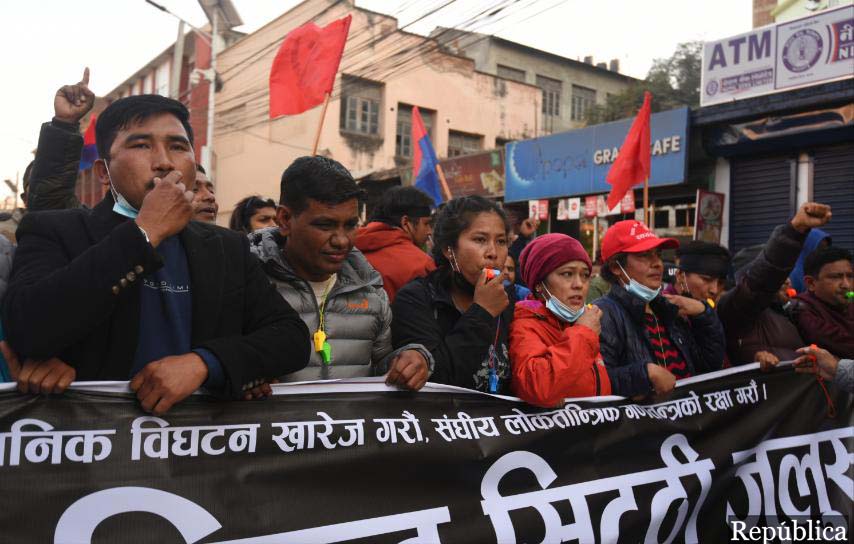 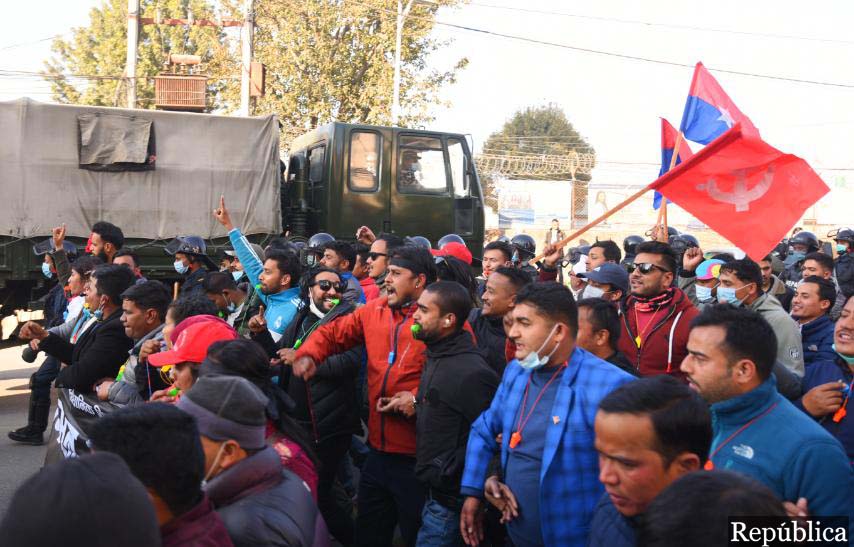 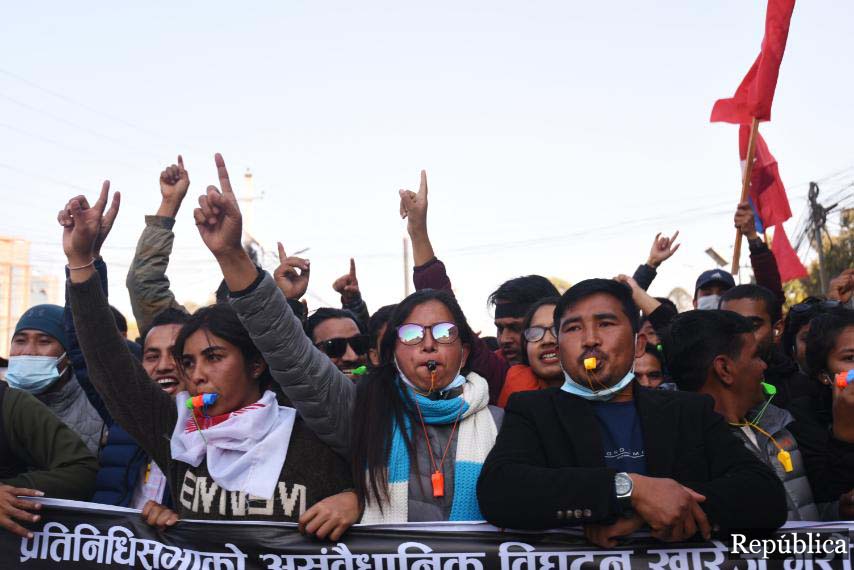 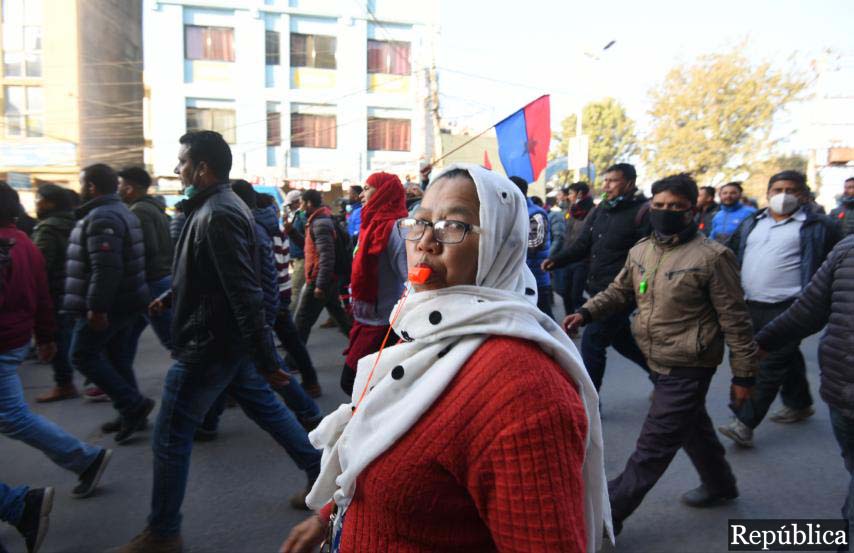 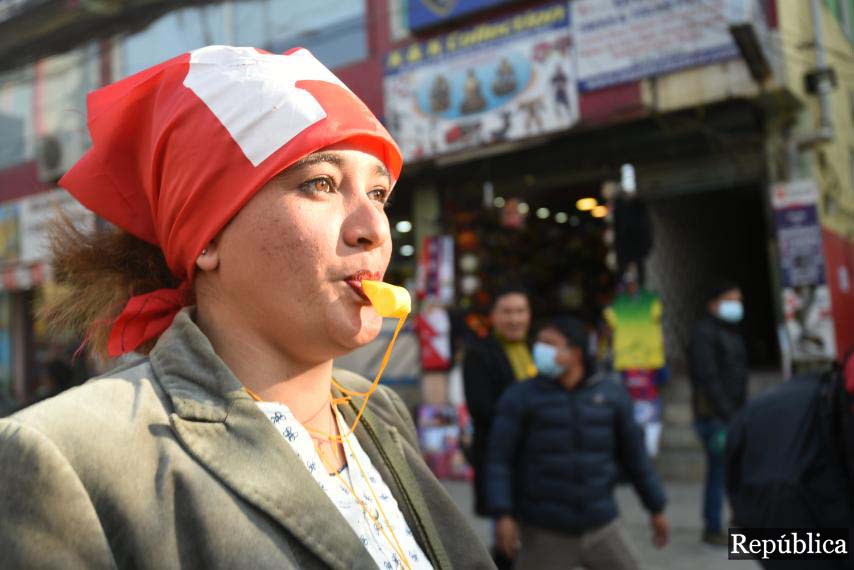