KATHMANDU, May 27: Members of civil society have staged a protest against President Bidya Devi Bhandari’s move to dissolve the House of Representatives (HoR) on Thursday evening.

Terming the dissolution of parliament as unconstitutional, the activists gathered at the heart of the capital, held torch lights and placards as a symbol of protest against the dissolution.

The 275-member lower house of parliament was dissolved on May 22 at the recommendation of the Council of Ministers as per Article 76 (7) of the constitution. The agitating civil society activists had staged a similar protest in Kathmandu’s Kirtipur on Wednesday afternoon.

The move to dissolve parliament and announce midterm elections in November has drawn widespread criticisms. Political leaders belonging to various opposition parties, constitutional experts, civil society leaders, lawyers, former justices and academicians, among others, have taken to the streets against the controversial decision.

The ruling party, CPN-UML-led by Prime Minister K P Oli, however, has been defending the move as a constitutional process since opposition parties failed to form an alternative government as per Article 76 (5).

Here are some photos of the protest staged on Wednesday evening. 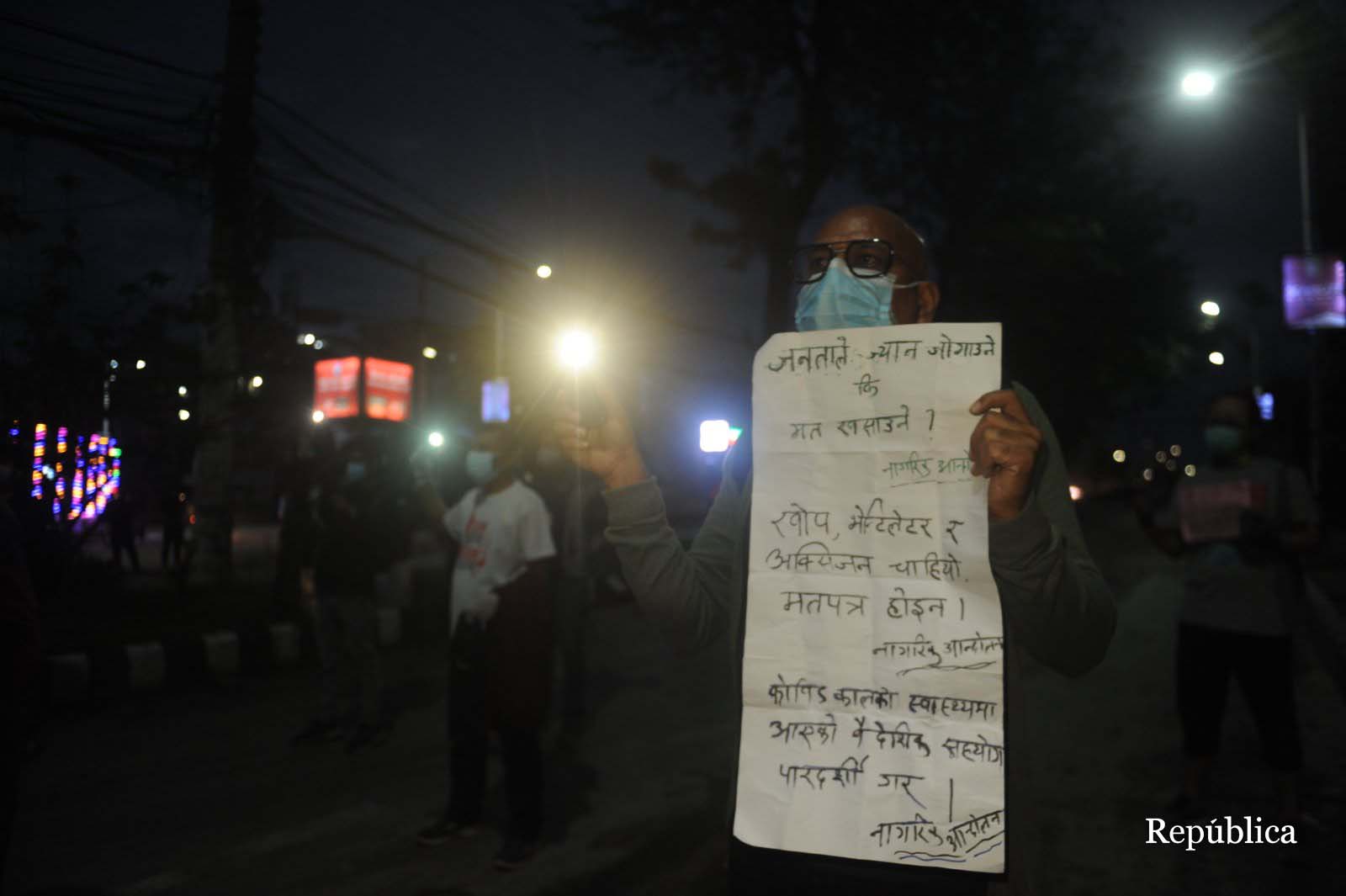 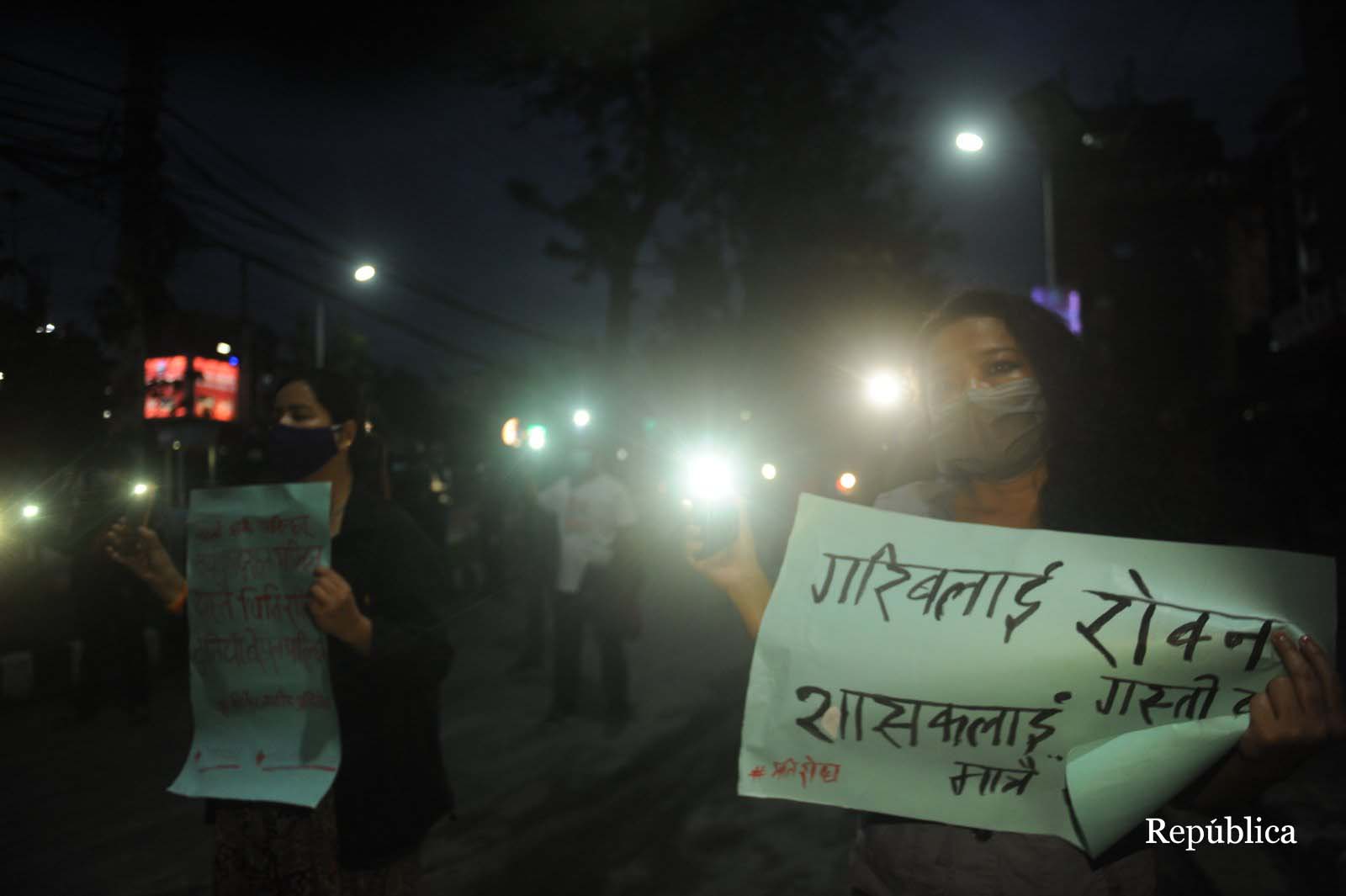 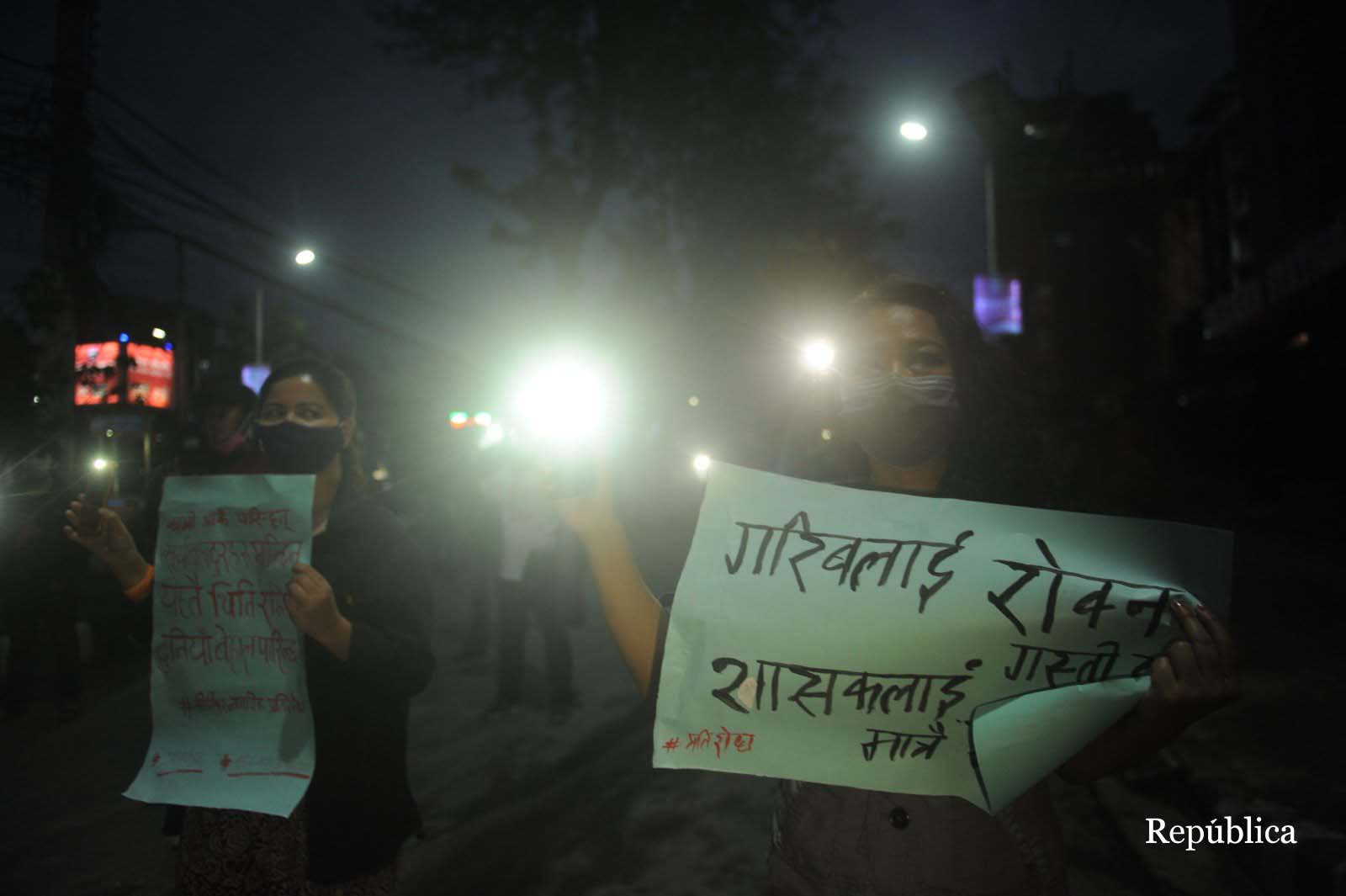 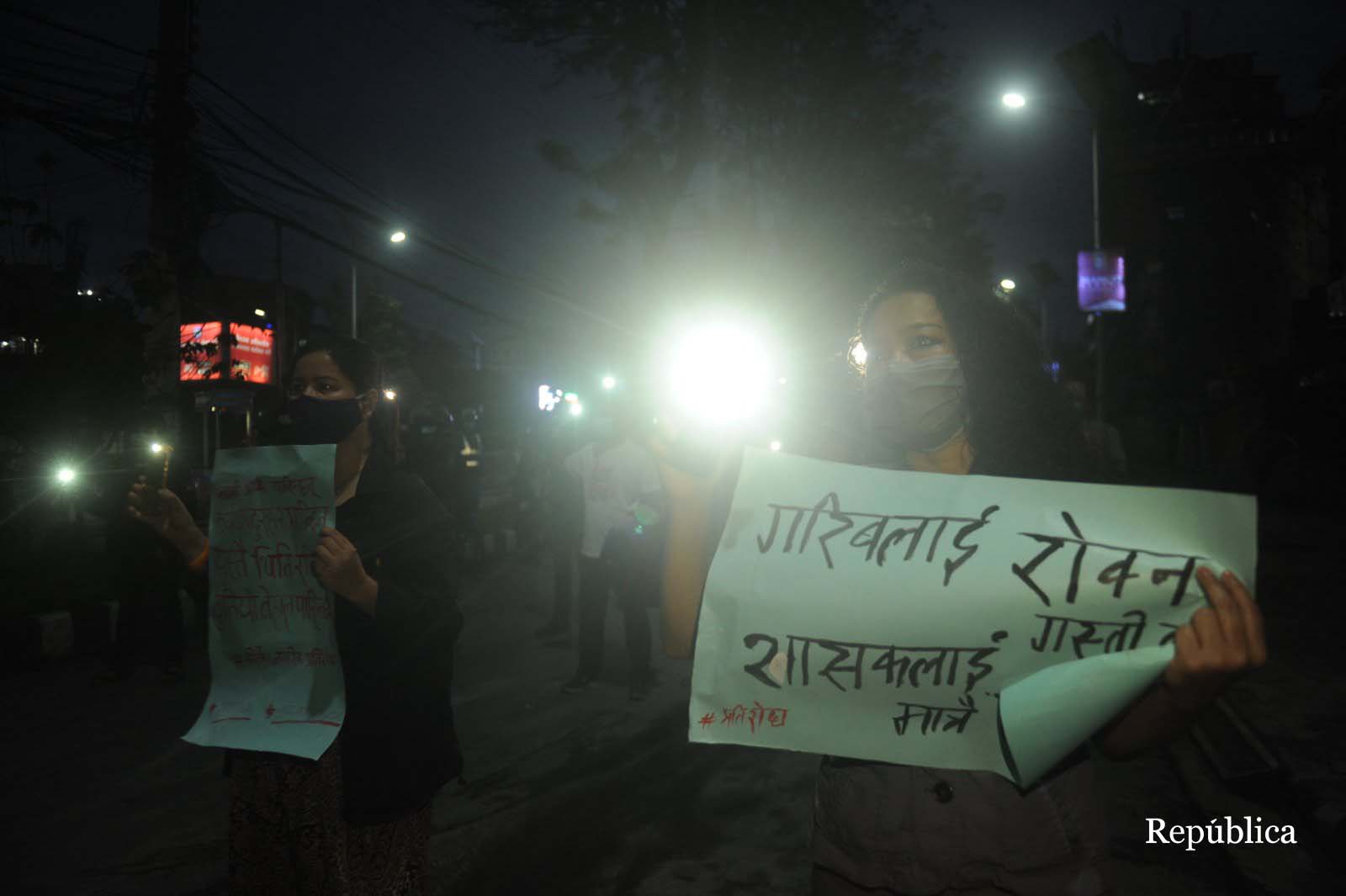 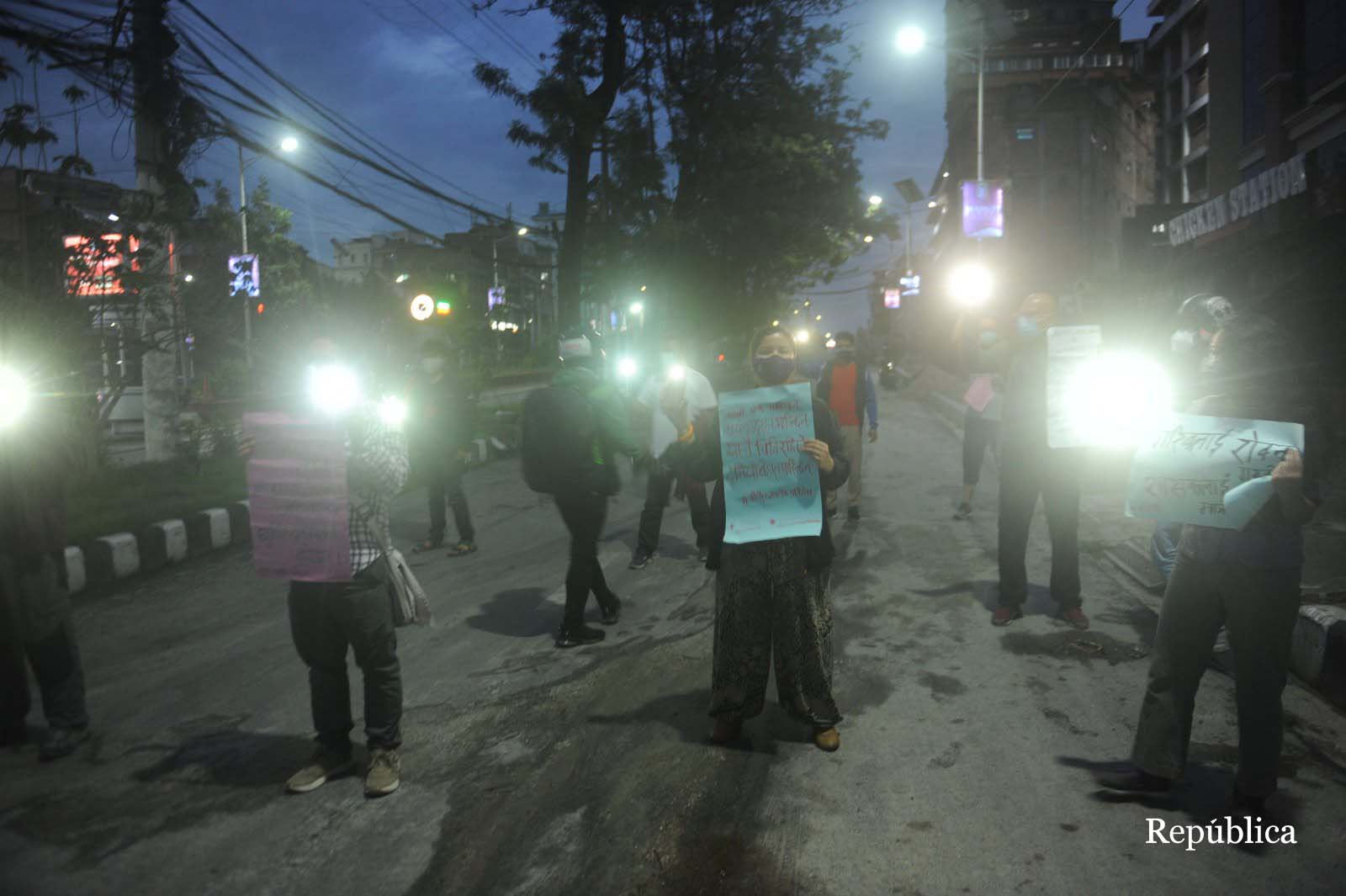 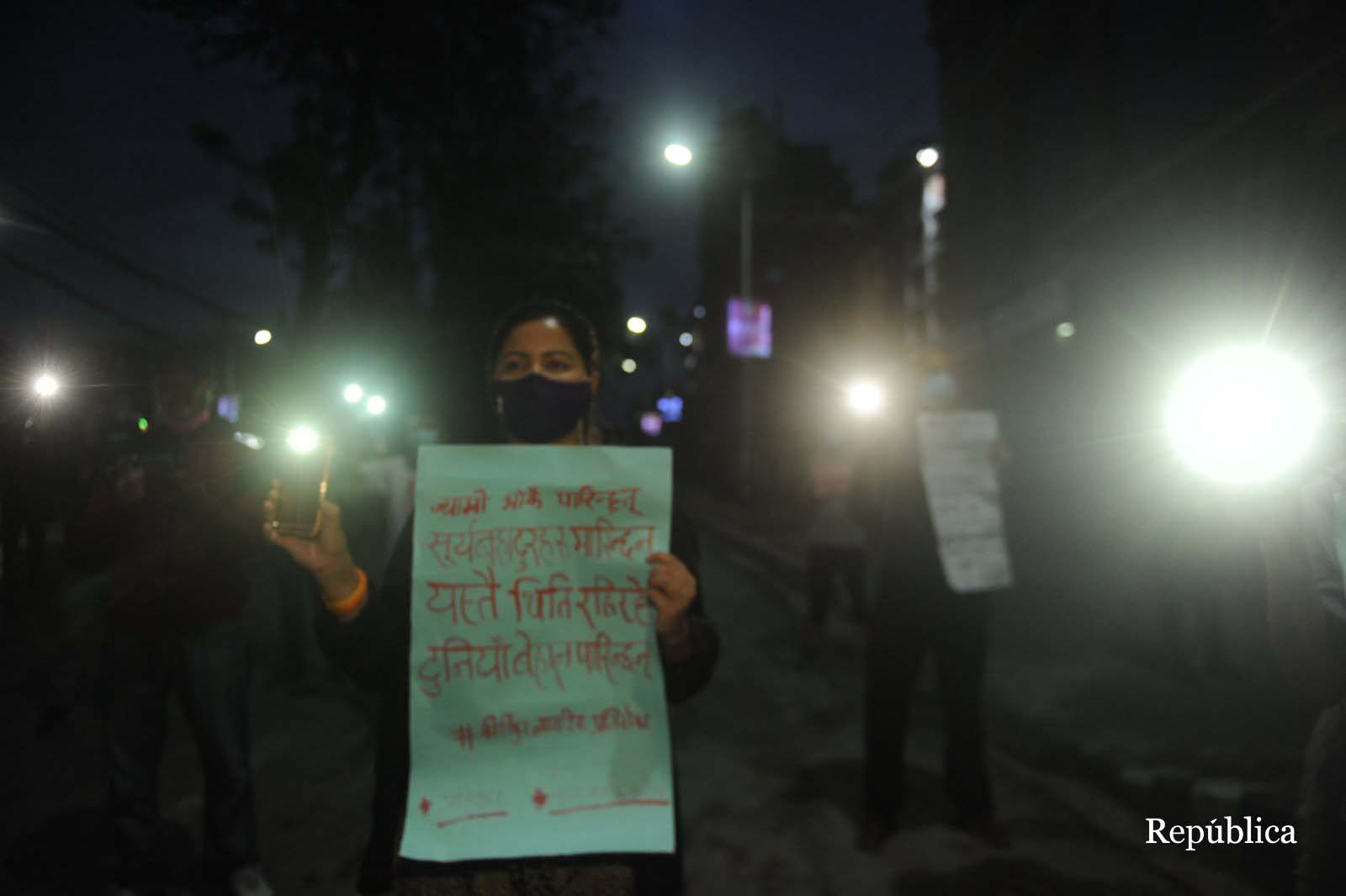 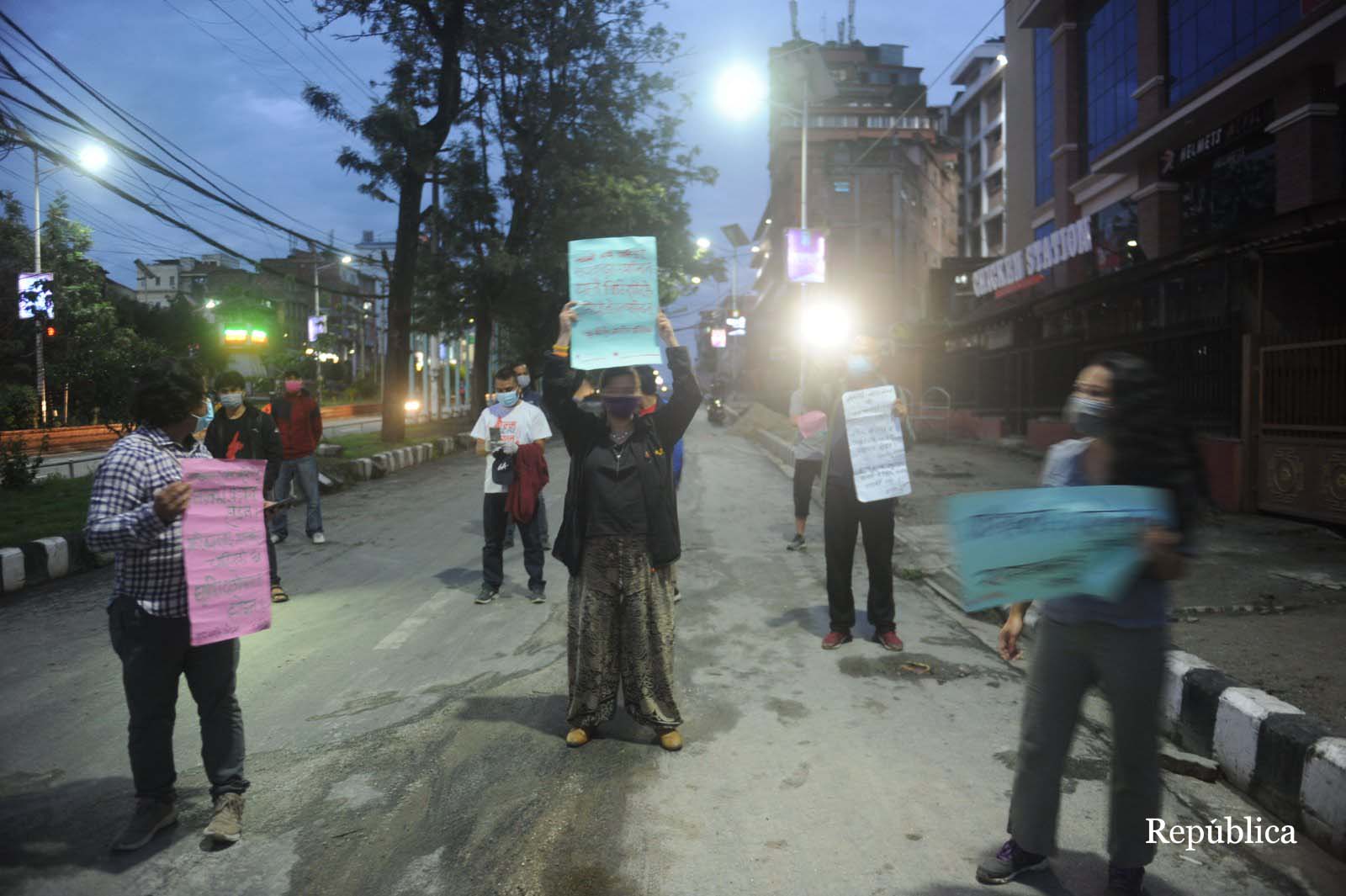 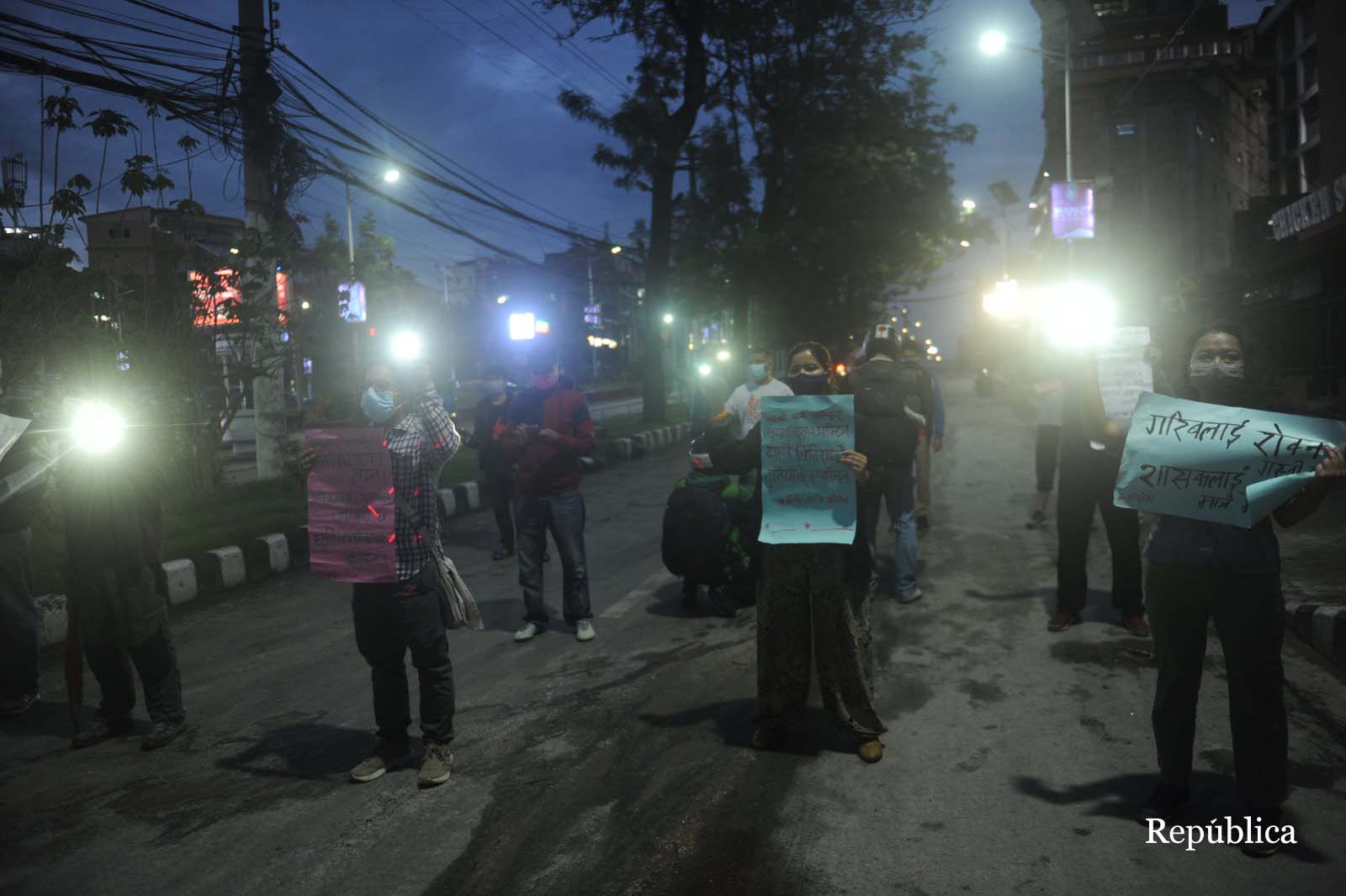 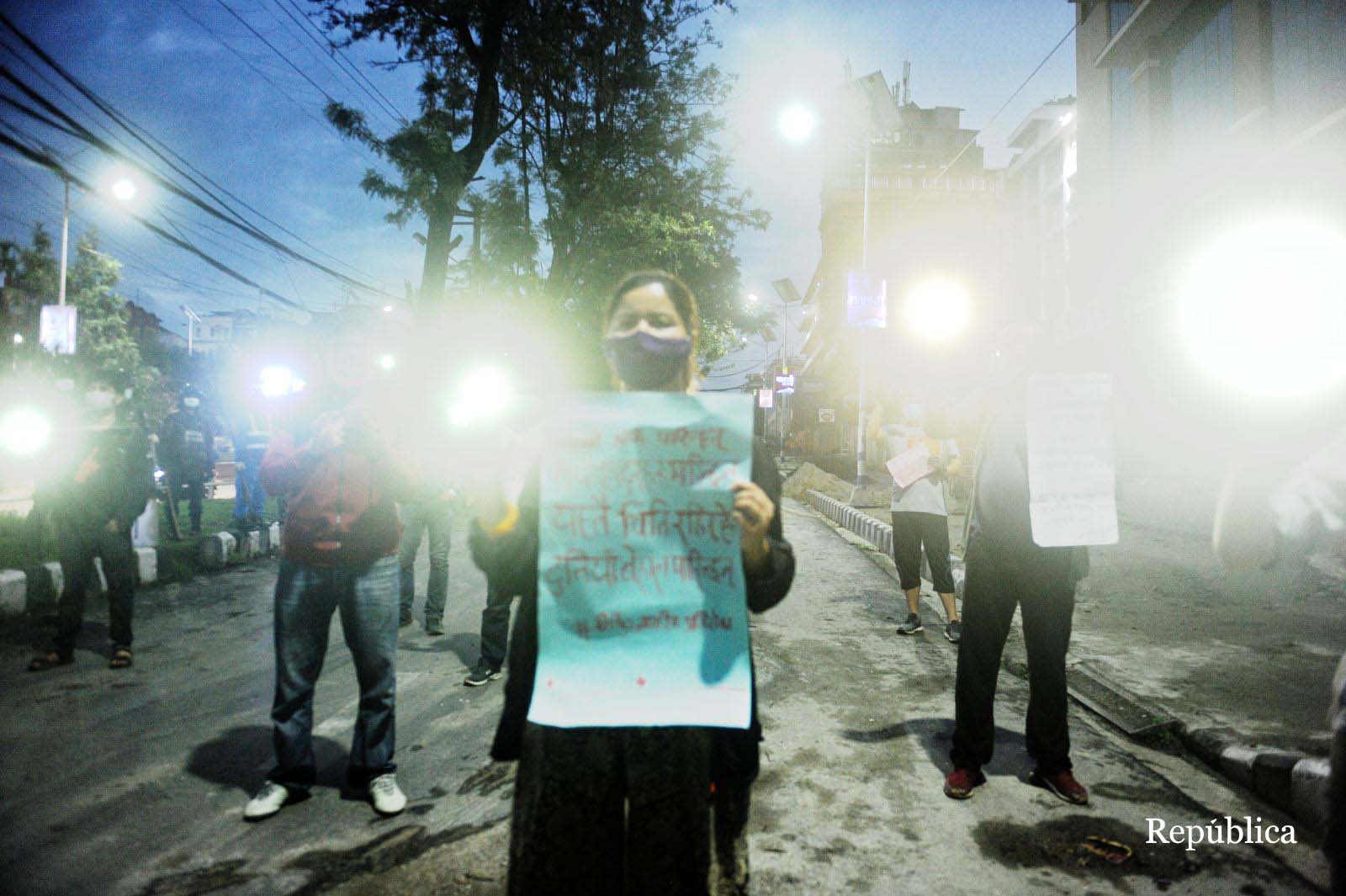 After PM Oli decided to dissolve the lower house, protests and demonstrations have erupted in all major cities ... Read More...

KATHMANDU, Dec 28: People from various walks of life ranging from politicians to civil society activists have taken to the... Read More...

No one can become PM by making noise: Dr Koirala
9 hours ago