Photographers should put an element of opinion in their work 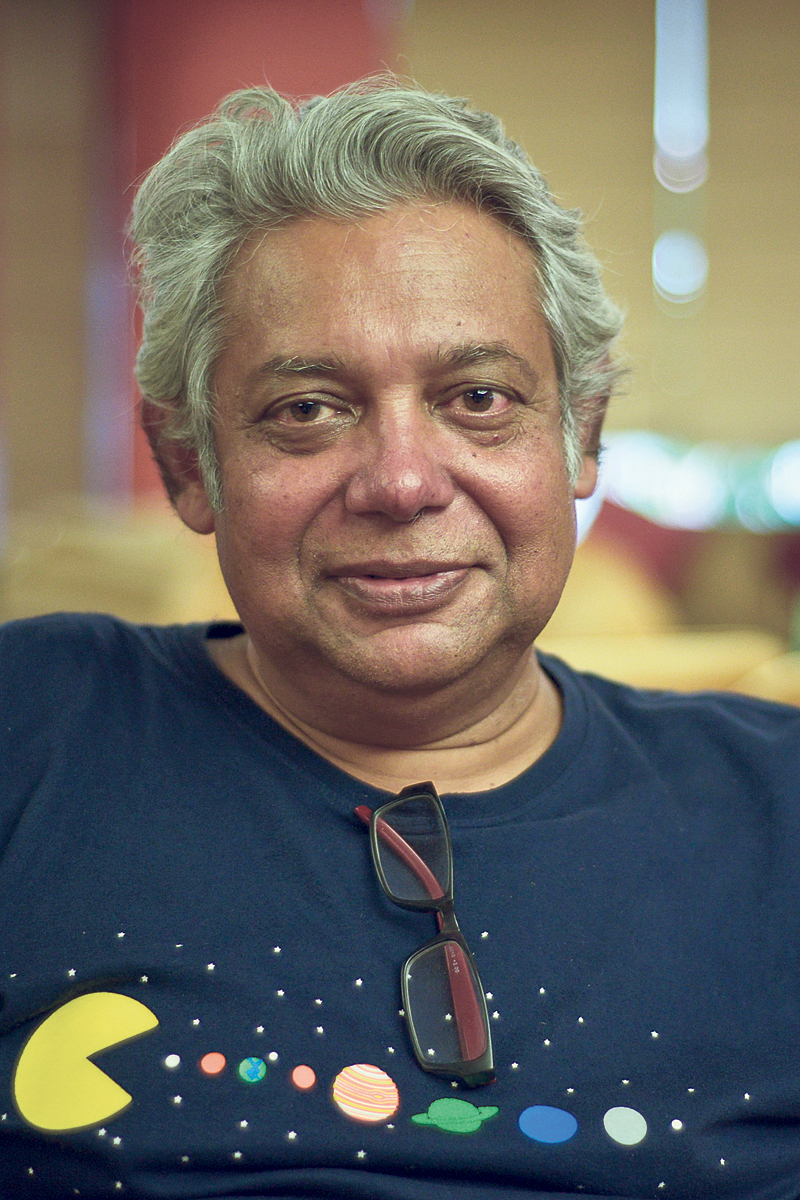 Prashant Panjiar is a veteran Indian photographer. In his thirty five year long career, he has worked as a mainstream photojournalist for India Today and Outlook.

And before he left Outlook in 2001, he was serving as its Deputy Editor, a position rarely occupied by a photo journalist.

A self-taught artist, Panjiar began photography by shooting industrial landscapes of Pune. Since then, he has followed dacoits in the ravines of Chambal, sadhus in the ghats of Benaras and peasants who travel around India in search for work.

Panjiar, who was on the jury for World Press Photo in 2002, was recently in Kathmandu to serve as the chief of jury for Photo Journalist (PJ) Club Photo Contest 2016. Republica’s Pragyan Thapa talked to Panjiar about his progression as a documentary photographer, his experience in the PJ Club photo contest and his views on photography in the digital age.

Would you like to call yourself a ‘photo journalist’ or a ‘documentary photographer’?

Today, I’d call myself a ‘documentary photographer’ because my work is printed very little in the media. I do more work for non-profits. With documentary photography you can go slow and follow your subject with preparedness. On the other hand, photo journalism is fast, you have to submit your assignments on a deadline. But even with that distinction, I have been photographing the same subject and dealing with the same issues. So these are only terms and the work is actually not so different from each other.

What’s the most difficult project you’ve been involved in?

It must be my Chambal project: ‘Malkhan – The story of a Bandit King’. It was 1981. I was young. I was doing something new and challenging with no money. The preparation was also zero. We had to establish contact with a bandit gang, who were hiding in the Chambal ravines. My team, which included two writers, self-financed that project without any institutional support. And because it was the most difficult project to pull off, it is also my biggest achievement.

When was the moment when you realized that your photos were making impacts?

That realization came in 1993 when I was working in India Today. We were working to put out a special New Year’s issue. It was a difficult year because of the Bombay riots that took place in reaction to the Babri Masjid demolition. So we were assigned to go to the troubled zones of India and feature couples who were expecting a new child on New Year’s Day. We were to ask about their hopes for their newly born. A reporter and I went to Kalahandi in Odisha. It is the poorest part of India and we came to know that people sold their babies for as little as Rs 50.

We met a tribal couple having their first child. The husband had taken a loan of Rs 150 for his wife’s pregnancy checkup and the interest on the loan was 100 percent per month. I captured them sharing a moment where the husband was taking care of his wife.

That single photo story had the most impact out of 20 different stories from all over India. People started sending money to India Today’s office. A total of Rs 25,000 was collected on their behalf. I went back to follow up that story and hand them the money. When I arrived, I saw that they had a beautiful baby girl. The mother had a complicated pregnancy and they were only able to take her to the hospital because readers had directly sent them about Rs 452. It saved lives of the mother and the child.

We all look for big things but sometimes it’s the little thing that can also make a huge impact.

How was your experience as the chief of jury of PJ Club Photo Contest?

I was quite surprised. I have been in the jury for other PJ Club contests in India but haven’t met this level of quality anywhere. Even the judging process was very authentic. There were three photo journalists, an art curator and a visual artist. So, it was a good mix and I liked the caliber of the judges. I don’t know if there was a broader theme in the photos but I saw that the photos spoke beautifully about different social and gender issues.

People think that the main aim of these contests is to honor participants with awards. They miss out on the crucial fact that these contests are a means to show a way for good photographers and good photos that rarely get any space in the press. So, it celebrates photography holistically.

In a digital age where there is information overload, is it difficult to make an impact as a photo journalist?

It depends on the medium. Digitization has democratized the technology. Now, everyone’s a photographer. In case there’s a major news event, the first hand photographs are captured by someone on the street and not a photo journalist. But at the same time look at the avenues of photo publishing with online media.

For instance, look how a simple Instagram feed run by Nepal Photo Project during the 2015 Earthquake spiraled into something big. Freelance photographers from Nepal and India uploaded photos telling the proper stories of victims. And they did it without sensationalizing it. Then people from the community started posting pictures and started giving information about places where immediate attention was required. The photos from the Nepal Photo Project were even picked up by Time magazine and The Guardian. This shows the power of digital media.

In your talks you always propose that photographers should be introspective. Can you tell us what do you mean by that?

Your pictures should be introspective and reflective. There was a time in journalism where information in the photograph was enough. You were telling, “In this place people are suffering from drought” and it worked. But today people are too familiar with such stories and moving them becomes difficult.

This is also because photo journalists are conditioned to look at the physicality of a situation. We are told, “Photographers should be objective”.

But I think photographers should put an element of opinion in their work. It’s desirable now. If I don’t like something, why aren’t my photographs allowed to express that emotion? Make the viewers feel what’s the subject’s going through. That way you’ll not only impress but move them.

PM urges lawmakers to put their points on government works