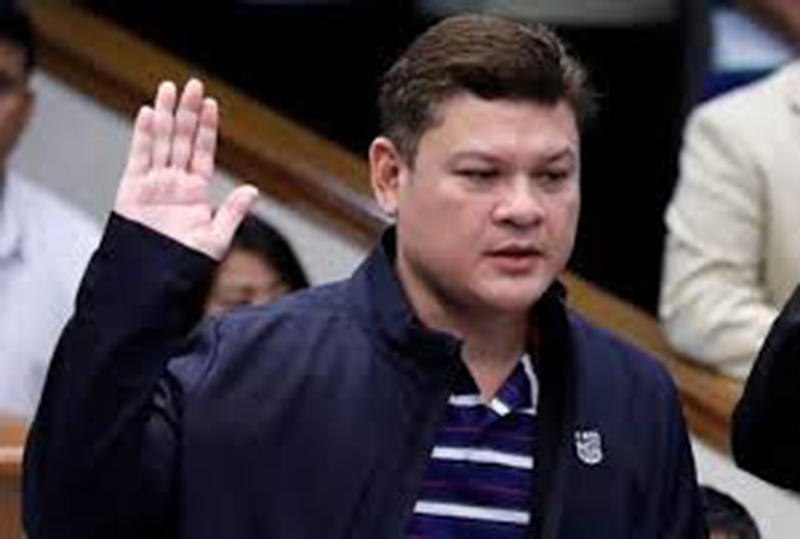 MANILA, Sept 7: Philippine President Rodrigo Duterte’s son on Thursday told a Senate inquiry he had no links to a seized shipment of $125 million worth of narcotics from China, dismissing as “baseless” the allegations of his involvement in the drugs trade.

Opponents of the president, who has instigated a fierce crackdown on a trade he says is destroying the country, say they believe his son Paolo may have helped ease the entry of the drug shipment at the port in Manila, the capital.

On Tuesday Duterte said he had told Paolo to attend the senate investigation if he had nothing to hide, besides advising him not to answer questions and invoke his right to keep silent.

“I cannot answer allegations based on hearsay,” Paolo Duterte, the vice mayor of the southern city of Davao, told the Senate.

“My presence here is for the Filipino people and for my fellow Davaoeños whom I serve,” he added, referring to the people of Davao, where his father served as mayor for more than two decades before being elected president in 2016.

The Philippine leader has repeatedly said he would resign if critics could prove any members of his family were involved in corruption.

Senator Antonio Trillanes, a staunch critic of the president, displayed to the Senate panel photographs of Paolo Duterte beside a businessman who was behind the shipment in which the alleged drugs were found.

The president’s son-in-law, Manases Carpio, who has also been accused of links to the May drug shipment from China, told the hearing he had no involvement.

Duterte unleashed his bloody campaign the day he took office on June 30 last year, after promising Filipinos he would use deadly force to wipe out crime and drugs.

Police records show more than 3,800 people have died in police operations since July last year, and more than 2,100 other reported murders are linked to drugs.

Police reject activists’ allegations that they are executing suspected drug users and dealers and say officers shoot only in self-defense.

Trillanes said he had intelligence information from an undisclosed foreign country that Paolo Duterte was a member of a criminal syndicate, citing as proof a “dragon-like” tattoo with secret digits on his back.

Asked about the tattoo, Duterte said he had one, but declined to describe it, invoking his right to privacy.

Asked by Trillanes if he would allow a photograph to be taken of the tattoo and sent to the U.S Drug Enforcement Agency to decode secret digits, Duterte said: “No way”.

He refused to respond to questions about his bank accounts, calling them “irrelevant”.

Presidential spokesman Ernesto Abella said the attendance of Duterte and Carpio “demonstrates that both gentlemen are willing and ready to face malicious allegations intended to impugn their character and credibility.”