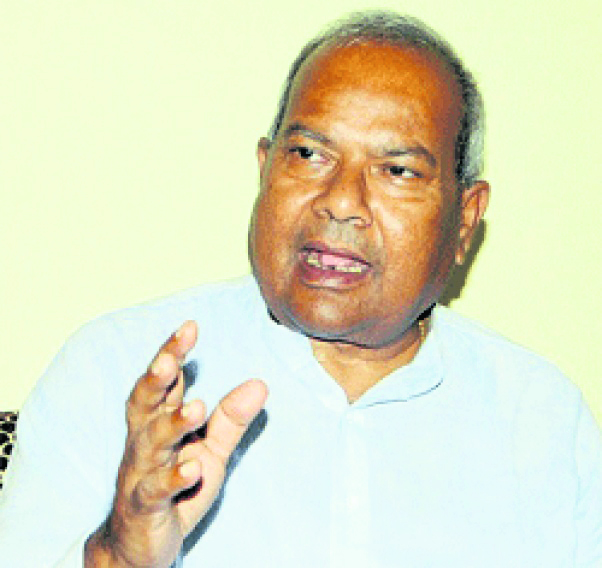 KATHMANDU, Feb 21: Chairman of Parliamentary Hearings Committee (PHC) Laxman Lal Karna has questioned the role of the Constitutional Council (CC) while nominating the heads and members of constitutional bodies.

Karna questioned the CC’s role following the controversy over the citizenship and academic credentials of Samim Miya Ansari, who was recommended for heading the National Muslim Commission by the CC. The PHC has started investigation into Ansari’s credentials after complaints of forgery.

Ansari was nominated for heading the commission although he is still a proportional representation (PR) candidate for federal parliament from the ruling NCP (then CPN-UML). As per the National Muslim Commission Act, only a person who is not a member of any political party at the time of his recommendation can be appointed as head of the commission. According to the Election Commission, Ansari’s name is in 106th position in the PR candidates’ list of the NCP. The ruling party has not yet withdrawn his name from the list.

“A member of a political party is ineligible for appointment in constitutional bodies, but the CC ignored the law while nominating Ansari,” said Karna.  A complaint at the PHC also claims that Ansari’s name is in 374th position in the NCP central committee.

Earlier in August last year, Supreme Court Justice Deepak Raj Joshee, whom the CC recommended as chief justice, was rejected by the PHC following controversy over his academic documents and citizenship certificate. Before that, Chief Justice Gopal Parajuli was sacked from the position after his citizenship certificate was found forged. The CC that recommended Parajuli as the head of the judiciary and the parliamentary committee that endorsed him for the position couldn’t investigate into his documents and disqualify him.

“This is a weakness on the part of the CC as these cases show that they recommend candidates without proper investigations,” Karna told Republica. “It is the CC’s primary responsibility to thoroughly examine the qualifications of each candidate. We at the PHC act only after receiving complaints against the candidates.”

Meanwhile, Ansari’s two dates of birth have emerged. According to a replica of Ansari’s citizenship certificate submitted at the CC, he was born in 1980, but the records at the District Administration Office, Kathmandu, show he was born on October 10, 1973.

KATHMANDU, Mar 6: Samim Miya Ansari, who was nominated by the Constitutional Council as chairperson of the National Muslim Commission, is... Read More...