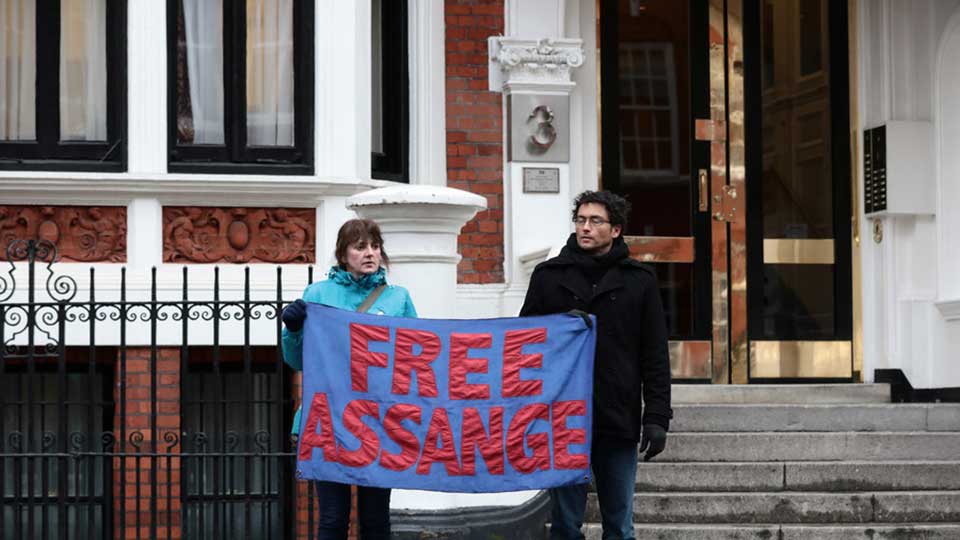 MOSCOW, Sept 10: A petition with thousands of signatures supporting Julian Assange’s political asylum will be presented to New Zealand’s parliament.

Labour Party politician Greg O’Connor said while he personally does not support Assange obtaining asylum in NZ, he will present the petition to parliament after more than 2,000 people signed their names in support of the WikiLeaks founder, reports Newstalk ZB.

The parliamentary petition, launched in July 2018, will now be delivered to the Clerk of the house for allocation to a select committee for formal consideration.

The ‘Free Assange NZ’ group said they haven’t forgotten the Australian’s plight and are following whistleblower Chelsea Manning on her tour of the country to remind people of the petition and its political progress. On Saturday night Assange supporters gathered outside the Embassy Theatre where Manning was speaking.

Assange has been living in the Ecuadorian Embassy in London since he was granted asylum in 2012. He has been wanted in the US since he published classified documents leaked by former US Army soldier Chelsea Manning in 2010.

LONDON, Nov 25: Julian Assange’s lawyers have been refused entry to the Ecuadorian embassy, WikiLeaks said in a tweet. The... Read More...