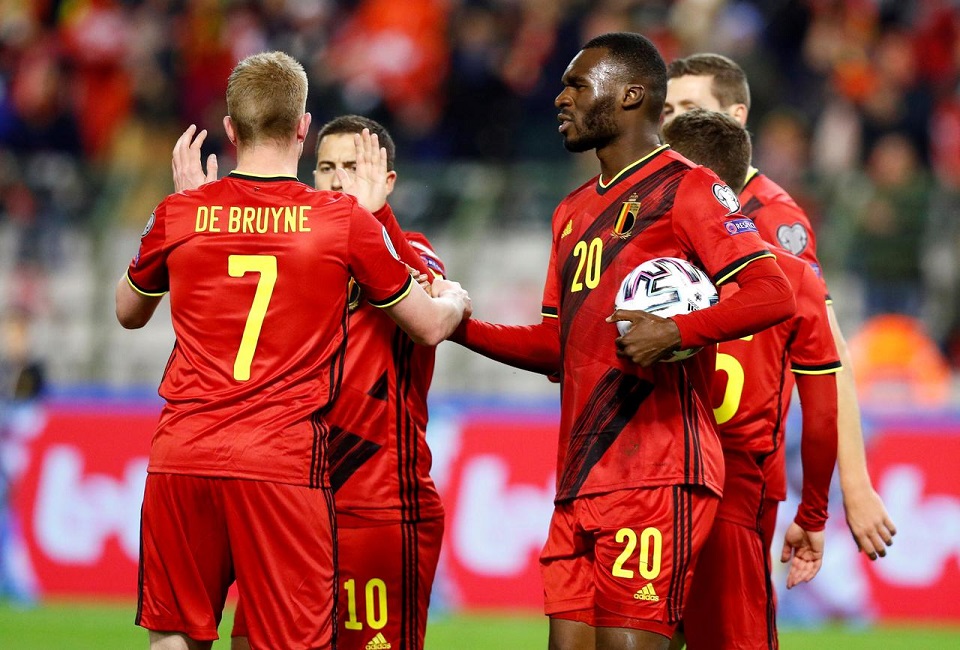 BRUSSELS, Nov 20: Christian Benteke and Kevin De Bruyne scored two goals each as Belgium thrashed Cyprus 6-1 in their Euro 2020 Group I qualifier at the King Baudouin Stadium on Tuesday.

Belgium finish top of their pool with a perfect 10 wins from 10 games, scoring 40 goals in the process, as Yannick Carrasco and an own goal from Kypros Christoforou completed the rout of Cyprus.

The visitors had silenced their hosts with an early strike as Nicholas Ioannou drilled the ball into the corner of the net, but the Belgium supporters were soon back on their feet after an exhibition from their side after that.

Carrasco was the provider again as he teed-up De Bruyne to complete a brace, before the former grabbed the goal his performance deserved a minute before the break after burying his shot from Eden Hazard’s pass.

There was little let-up in the second period as Belgium continued to dominate, with Christoforou putting the ball into his own net and Benteke adding the sixth.

DUBLIN, Nov 19: Denmark were pushed to the limit but got the point they needed to seal a place at... Read More...

Anti-racism body says England game should have been abandoned

SOFIA , Oct 15: England bounced back from their first tournament qualifying defeat for 10 years with a 6-0 thrashing... Read More...