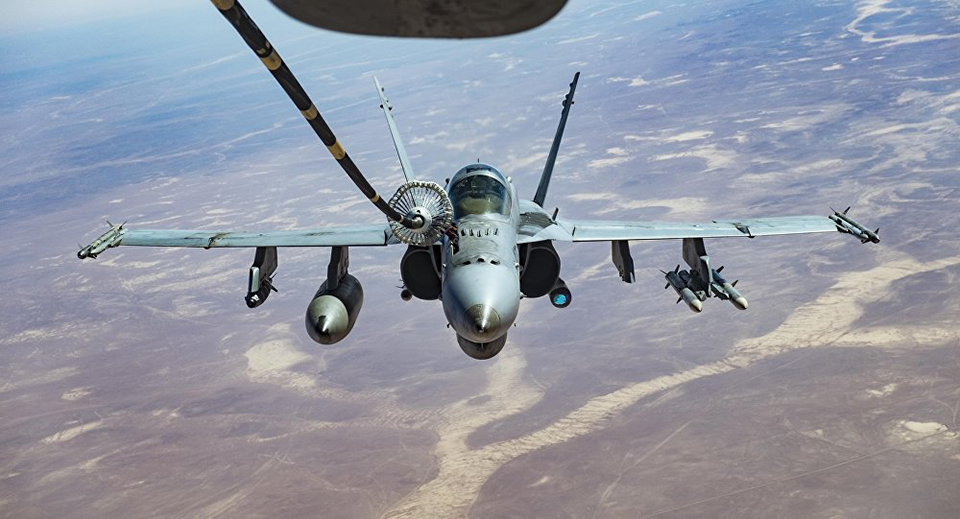 RIYADH, Dec 11: Amid a push by the Senate to vote on ending US support for the Saudi-led coalition waging war in Yemen this week, a new report indicates that American tankers have been refueling Saudi coalition jets with gas paid for by US taxpayers because of “errors in accounting.”

Millions of dollars have likely been drained from US coffers to support the Saudi-campaign, according to the report.

Though Washington "believed" Riyadh and the United Arab Emirates "had been charged for the fuel and refueling services, they in fact had not been charged adequately," wrote William S. Castle, principal deputy general counsel at the Office of the Secretary of Defense, in a November 27 letter obtained by The Atlantic.

In the letter, one of the Pentagon's top attorneys acknowledges that free refueling services for the Saudi coalition cost more money than he could calculate. While one might think that someone at the 3 million-person organization that is the Pentagon would know exactly how much the US is owed, Castle said in the letter that the department is "currently calculating the correct charges." The Pentagon reached its conclusion following an inquiry sent by Senator Jack Reed, a Democrat from Rhode Island who sits as the second most powerful member of the Senate Armed Services Committee.

Tens of millions of dollars is probably a decent estimate of how much US taxpayers have contributed to the Saudi campaign, according to The Atlantic.

A spokesperson from the Pentagon confirmed the letter's contents and its authenticity to the publication late last week.

"Although DoD has received some reimbursement for inflight refueling assistance provided to the Saudi-led coalition (SLC), US Central Command recently reviewed its records and found errors in accounting where DoD failed to charge the SLC adequately for fuel and refueling services," said Commander Rebecca Rebarich, speaking to The Atlantic.

A spokesperson for CENTCOM specifically said the command was "still working through the calculation" of how much the Saudi coalition has paid for the refueling services and jet fuel.

In other military finance news, the Pentagon failed its first-ever audit last month, as accountants found myriad discrepancies in the department's books that may take years to reconcile. "We failed the audit, but we never expected to pass it," said Deputy Secretary of Defense Patrick Shanahan.

WASHINGTON DC, Sept 22: US Secretary of State Mike Pompeo decided to continue US funding and military support for the... Read More...