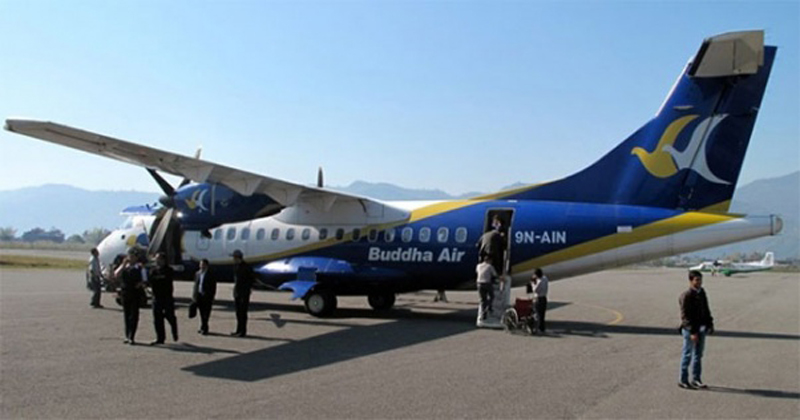 When Buddha Air started operations with brand new 18 seater aircrafts costing US$ 5 million each in October 1997, everyone thought we were out of our mind because the existing aircrafts in operations were 45 seater HS748 Avros costing less than US$ 5 hundred thousand each. That was the reason, the fiscal policy had mentioned that introducing brand new aircrafts in Nepalese domestic aviation is a dream and anyone who inducts such would be given financial incentives (which incidentally Buddha Air never got).

There was a fiscal policy of 5 years profit tax holiday for any aviation company in 1997. Due to the high depreciation and other establishment costs, Buddha Air incurred NRs. 65.25 million cumulative loss during the initial 5 years. The flip side of this policy was; we couldn’t transfer the loss in the 6th year balance sheet and we started posting profit every year since then.

I was advised by very prominent people on the sixth year that we need to create a parallel accounting system so that revenue and expenses can be manipulated to pay minimum taxes (we have paid NRs. 2 billion 550 million, accounting for all kinds of taxes during our two decade of operations). We rejected this notion and are glad we did, our accounts are transparent and institutionalized because we are 100% tax payer. Accounts manipulation, would have been a Herculean task as our average revenue per ticket sold would be around NRs. 2,500.00 and have sold around 9 million seats since starting operation. Manipulating expenses would also have had the same consequences. It is unimaginable how much leakage this would have created and also what kind of nexus we would have to have had with respective regulatory bodies.

Our endeavor to pay all our due taxes has made Buddha Air a vibrant institution because our accounts are actual and transparent, which has created financial leverage and trust for future expansion and investments. IFC – World Bank had given us a LOI for 200 MW hydro project finance because of this goodwill in 2010, which we did not pursue after realizing the embedded extractive costs in this field. We were one of the handful enterprises that did not participate in the VDIS (Voluntary Declaration of Income Scheme), when Dr. Baburam Bhattarai as Finance Minister implemented it.

The policy of the Tax Department to access our Balance Sheet in 4 year time lag does create problems; if this could be made current then it will contribute in much smoother functioning of organizations like Buddha Air. There is also an inbuilt mentality of the tax assessment officers that they must add back some taxes in any condition, which is another hassle because this creates an automatic penalty of four years.

The revenue of a nation is its tax collection, which is used for redistribution of wealth, social security and development of the country. If a nation can collect 100% tax, then the political system also becomes institutionalized and transparent because no citizen can be enticed into financial extraction and would not grovel infront of bureaucrats and politicians. This will help eradicate corruption, alternate informal economy and patronage politics.

It is the prime responsibility of every institution to help the nation collect tax, therefore we have decided on the occasion of this National Tax Day to inform our monthly personal income tax deposited for the highest salary earner groups of Buddha Air – Captains and Engineers and monthly Customs Duty paid for our imports in social medias so that the challenge is in place for other airlines to follow suit, because the salary of Captains and Engineers across the industry is similar and so is the aircraft’s component imports. This will demonstrate transparency in tax collection in the aviation industry and could be the harbinger of citizens’ effort to maximizie tax collection by creating popular moral pressure to other industries and commercial activities to do the same.

The author is Managing Director of Buddha Air Pvt Ltd